Members of the Pahrump Valley 4 Wheelers riding in 6 Jeep Wranglers and a Jeep Grand Cherokee attended the Driver’s Meeting on Sunday morning at 7:50 AM. We aired down in the Smith’s parking lot and were on the move promptly at 8:00. Participating in the run were myself, Jim, Brian, Jeremy & Deanna, Paul & Gary, Vic & Janice and Ed was our tail gunner. 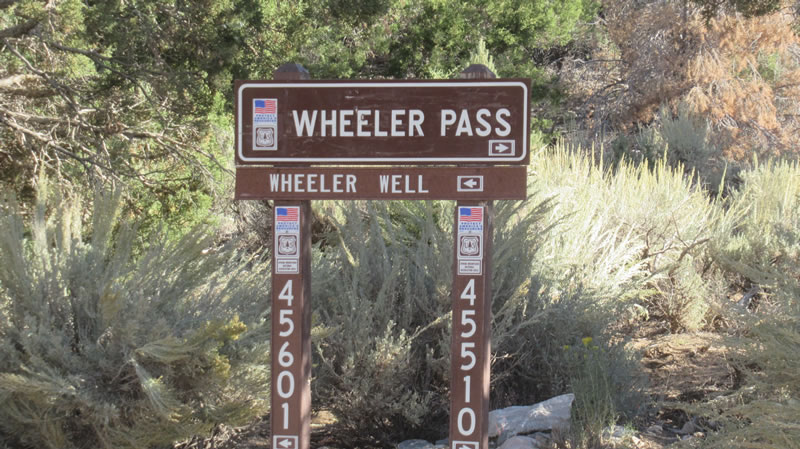 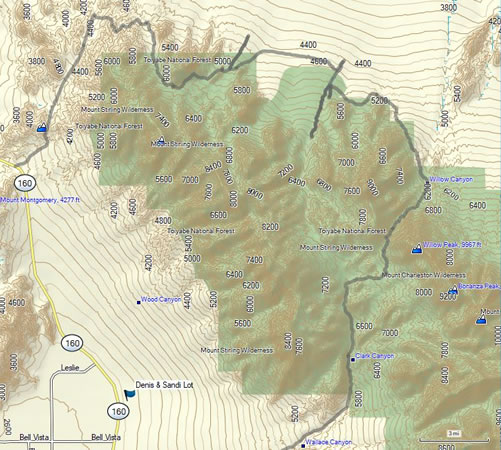 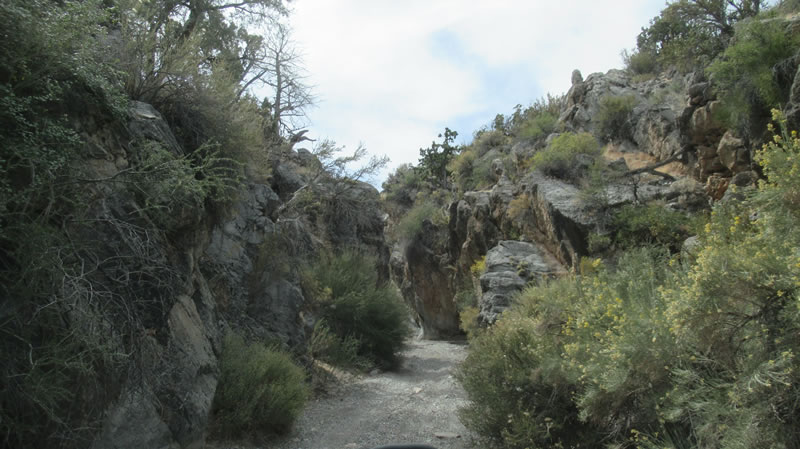 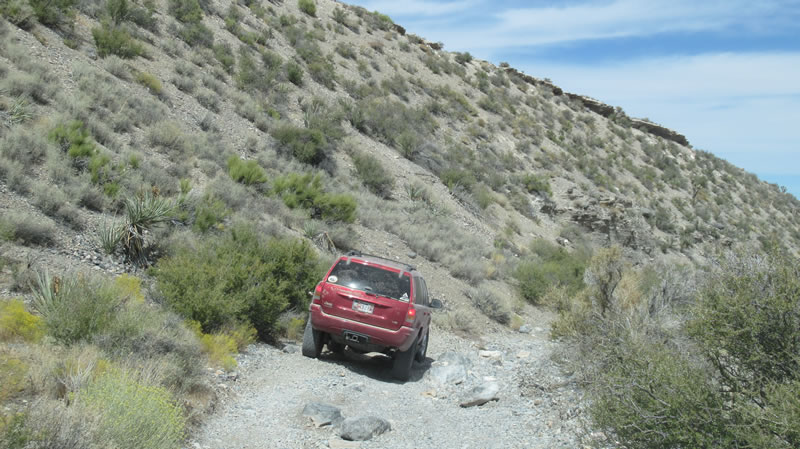 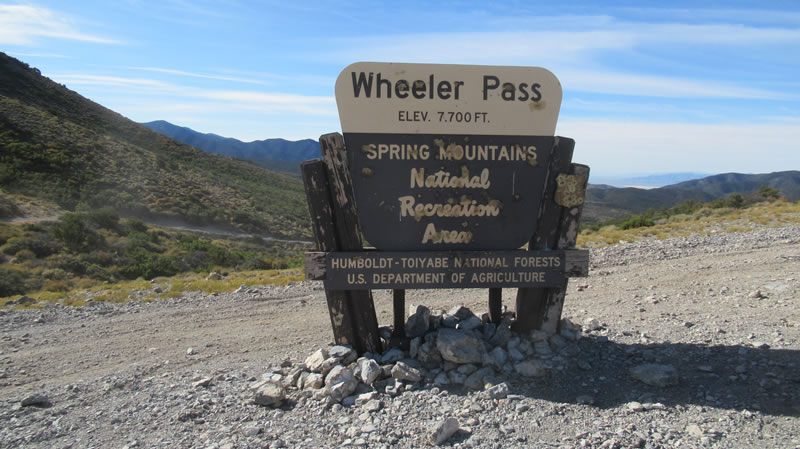 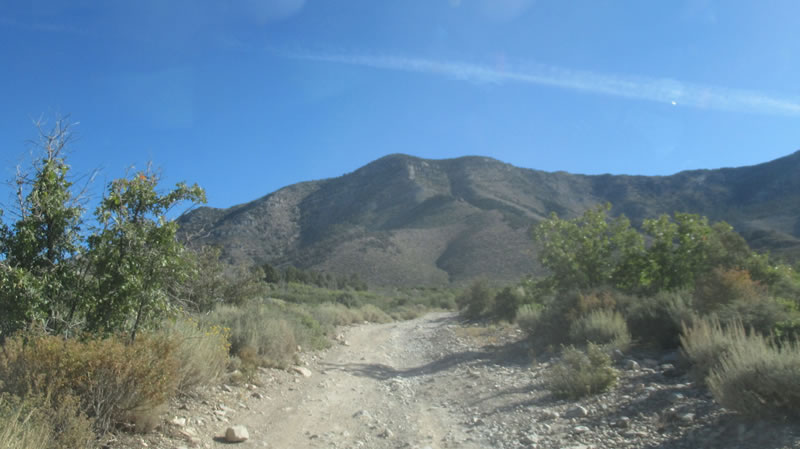 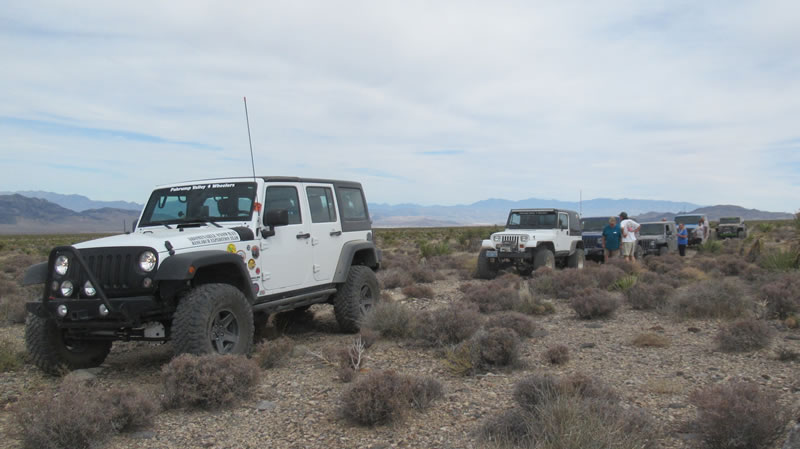 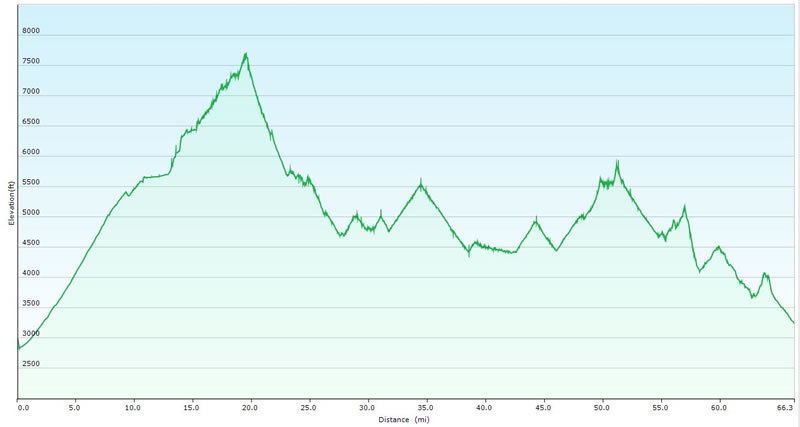 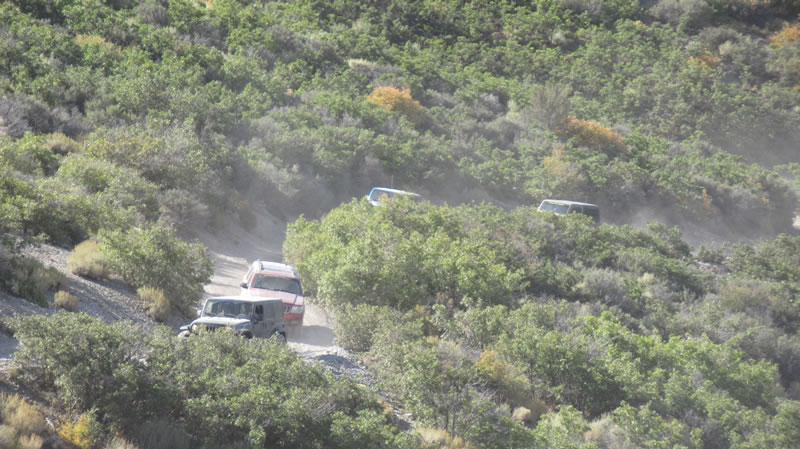 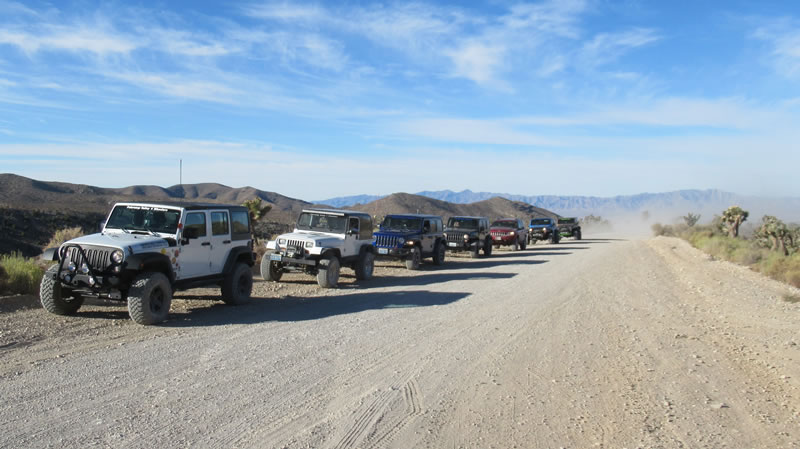 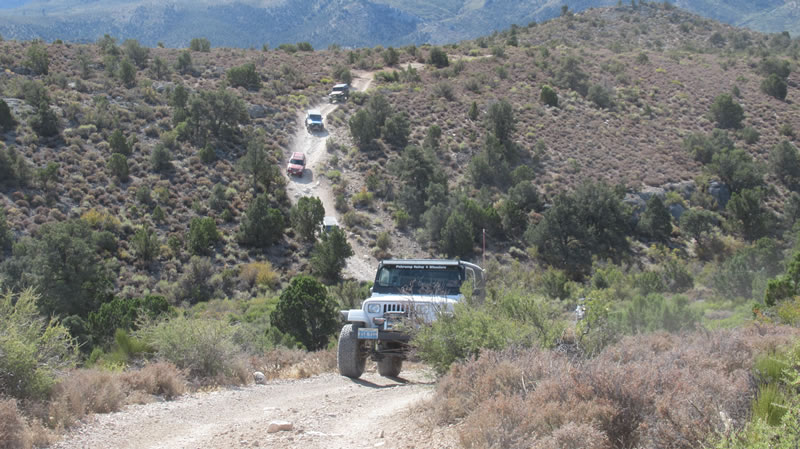 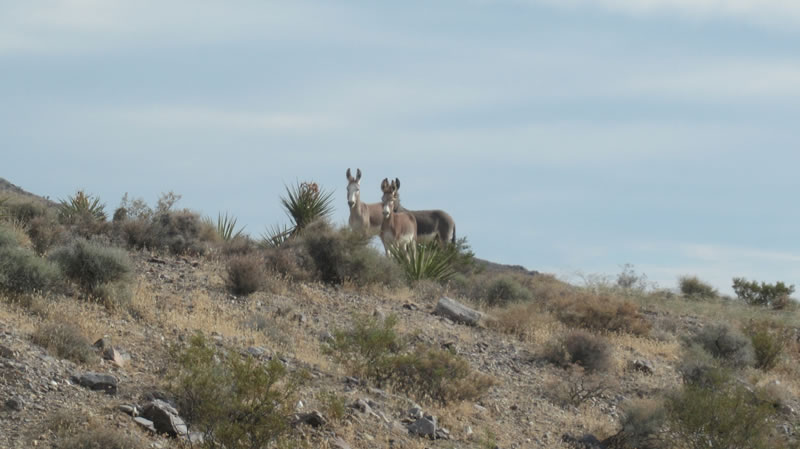 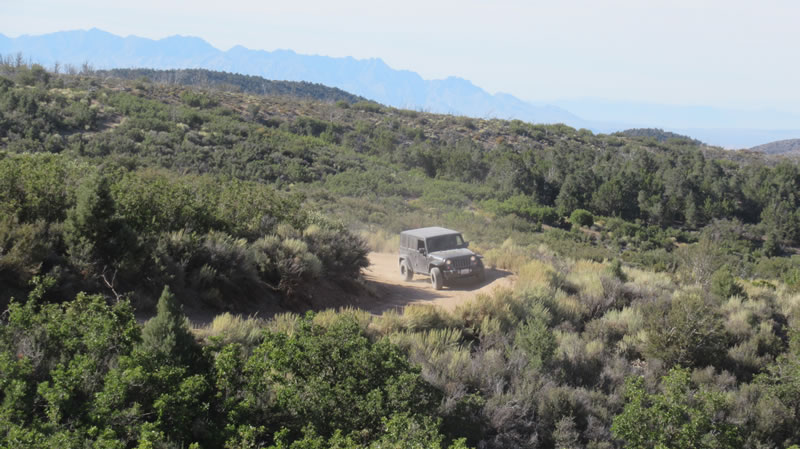 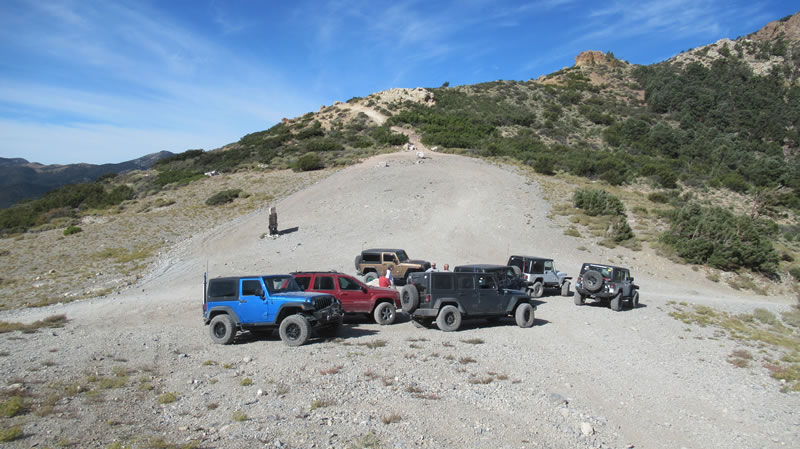 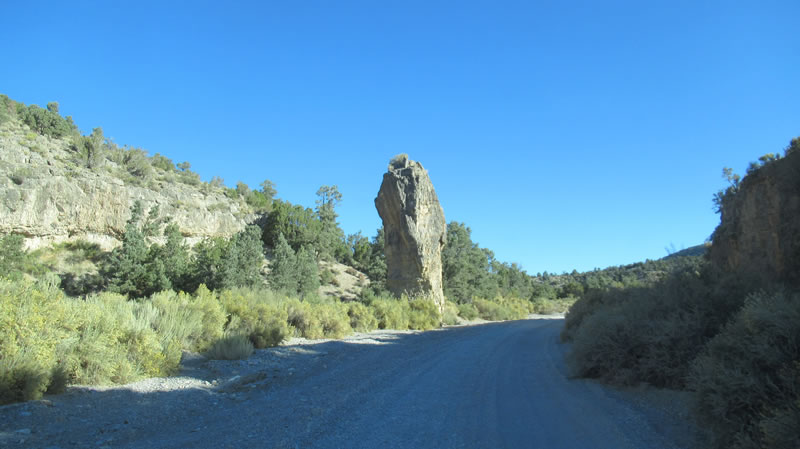 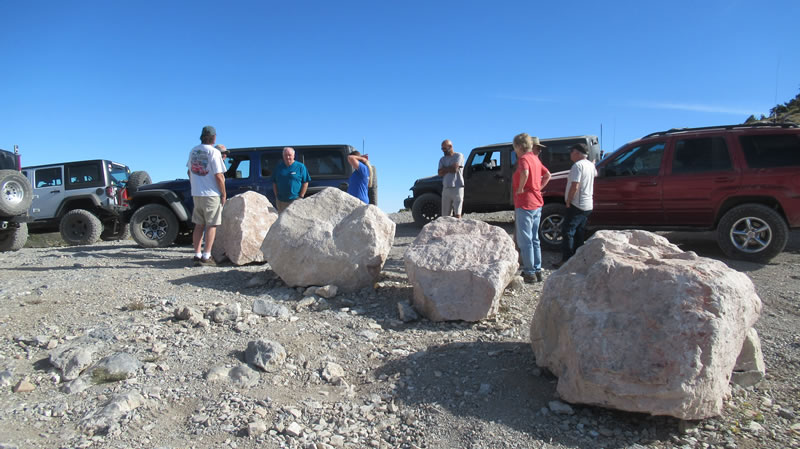 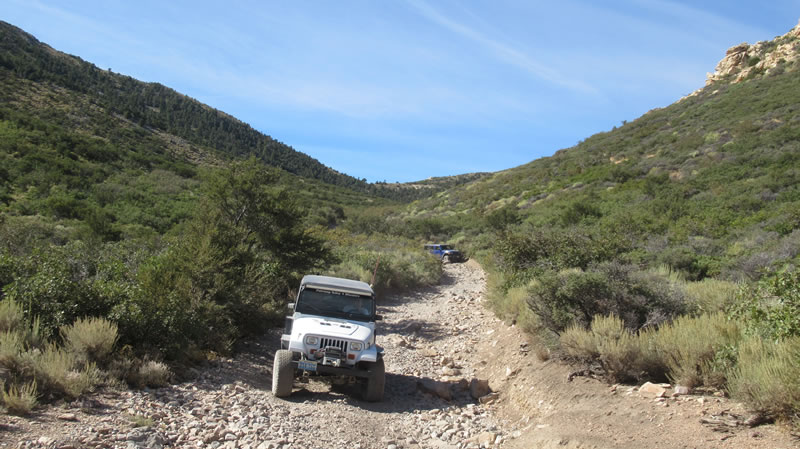 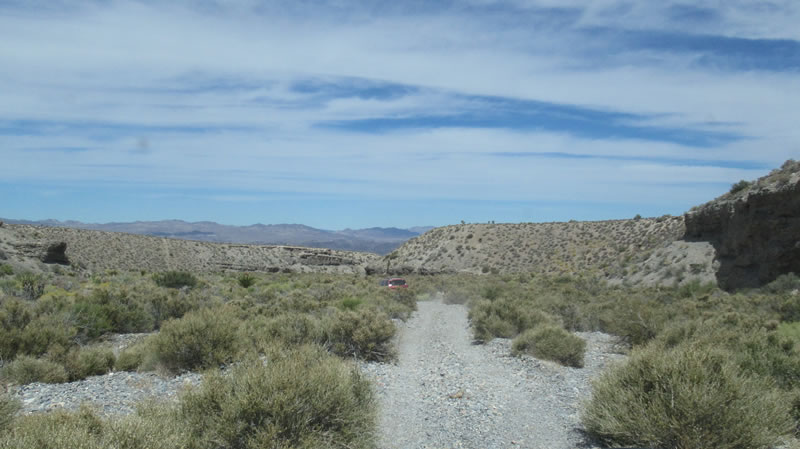 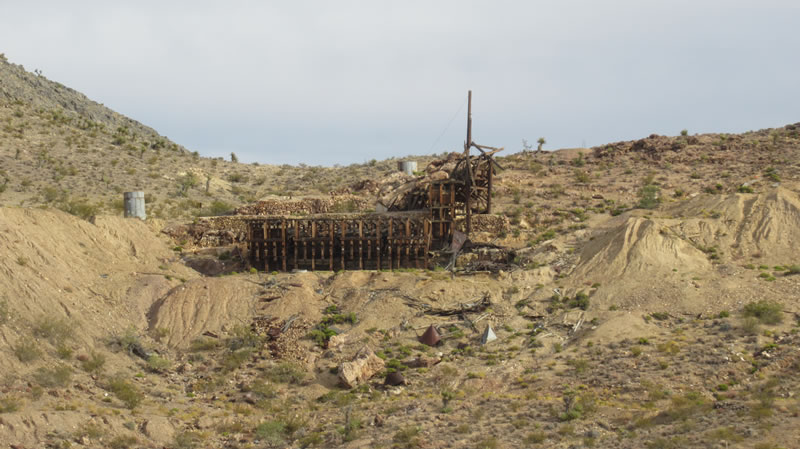 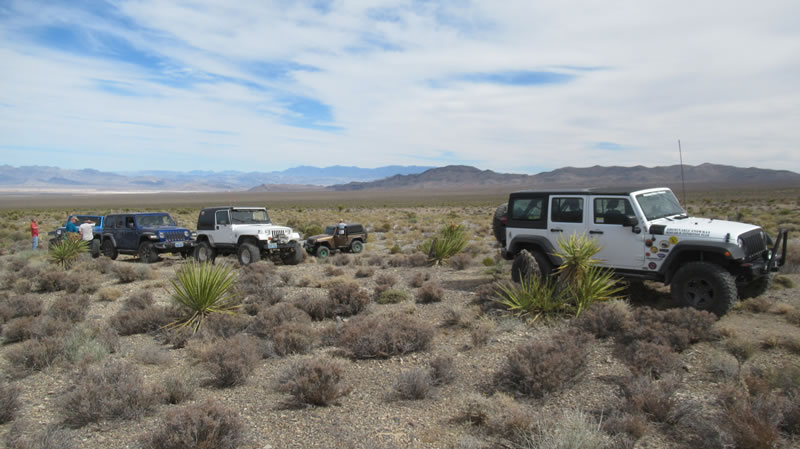 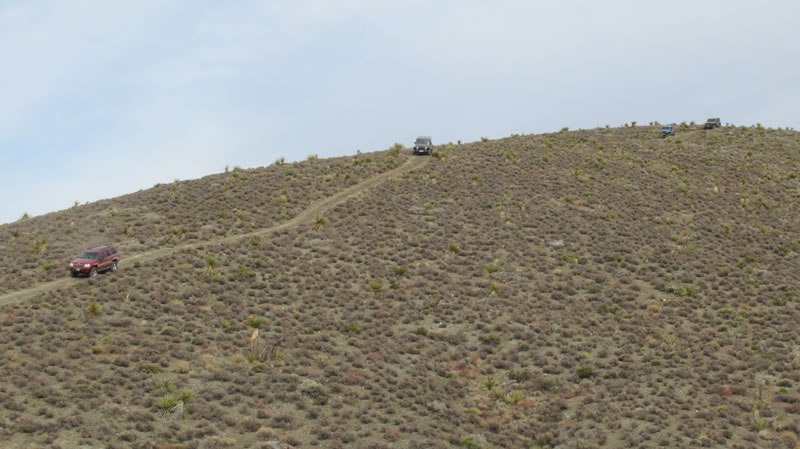 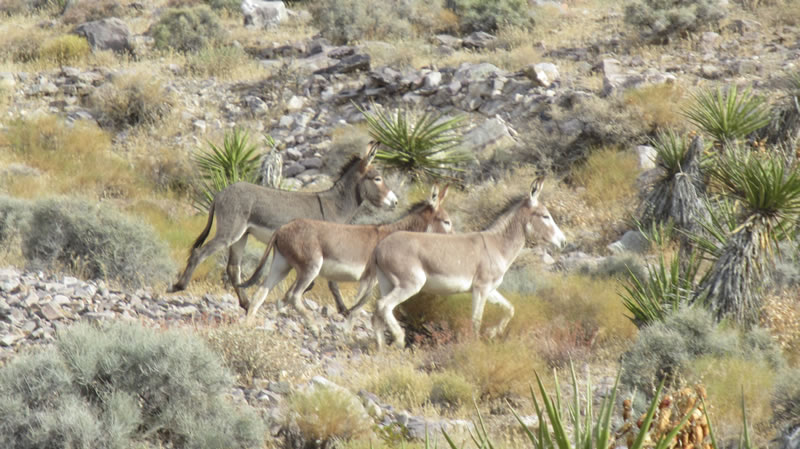 Passing through the Nugget lot, we headed East on Wilson to Wheeler Pass road and continued on up to the 7700′ Wheeler Pass. Descending into the Cold Creek area, the group stayed on the Willow Creek Road and drove Westward towards the rim of a deep, wide gravel wash where we took a trail South into the Mount Sterling Wilderness Study Area and stopped for lunch at the dead end.

After our mid day meal, we dropped into the wash and ascended it for approximately 2 1/2 miles until we reached a large steel sign indicating that motorized vehicles were not allowed beyond that point. We were only maybe 3 miles from the guzzler at the end of the Wheeler Well Road, so it was disappointing that the group had to reverse course.

Our septet of Jeeps carried on down the wash, making our own trail another mile and a half past the point where we entered the dry river from the East and exited it on the West side. From there, we followed a vague trail towards the Sterling Mine District. We eventually came to Letterman Road, Noides Road and Jaybird Road that skirted 6565′ Jaybird Peak and brought us to the Sterling Mine.

Driving North on the Main Entry Road, the explorers turned West and began making good headway towards Pahrump. Eventually, we reached the powerline road and turned South towards Butch Cassidy Pass, crossed that and aired down at Highway 160. It was a long, 66 trail miles, 9 hour day day, but we were off the dirt roads a few minutes before 5:00 PM and heading for the barn.