They haven’t built a home prison that can hold Jeremy, Deanna and I. Since we were going stir crazy from being incarcerated for so long, we decided to go over the wall and do a trail run. We met at Lakeside Casino at 7:00 AM and headed out across the dry lake. Just prior to reaching the paved road, we took Two HK Rd (might be an abbreviation of Two Hawk?) Southeast into the Pahrump Valley Wilderness. There were several side roads that showed potential, but after a little investigation, weren’t quite as interesting as we had hoped. 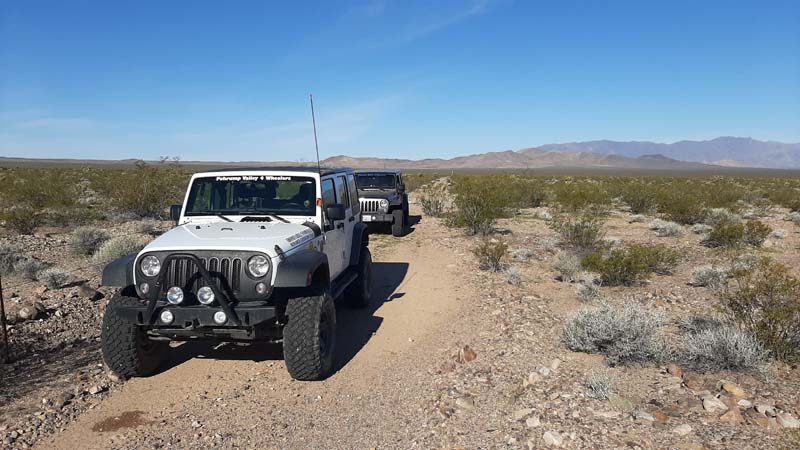 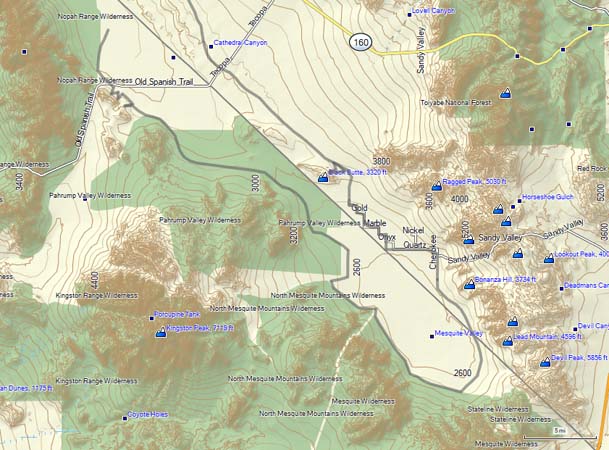 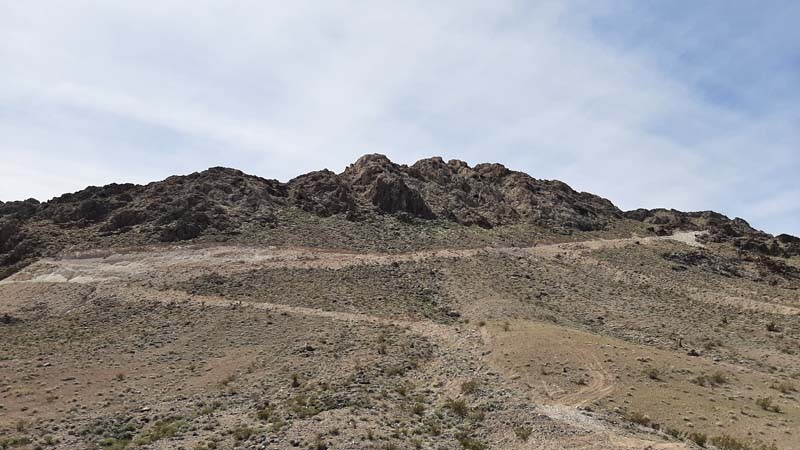 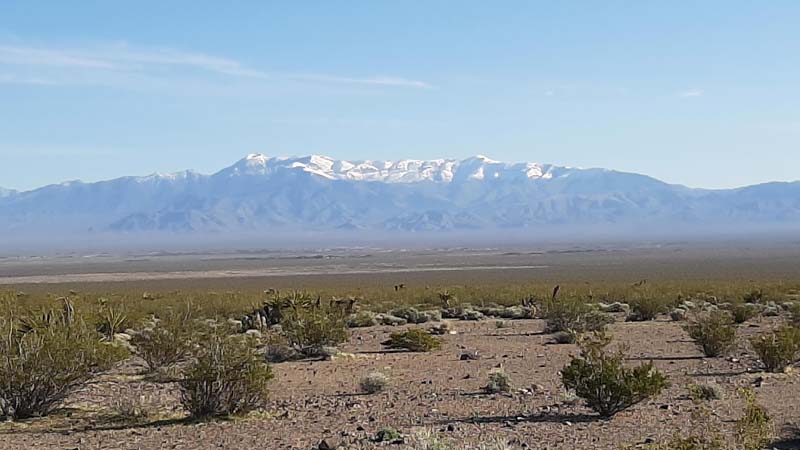 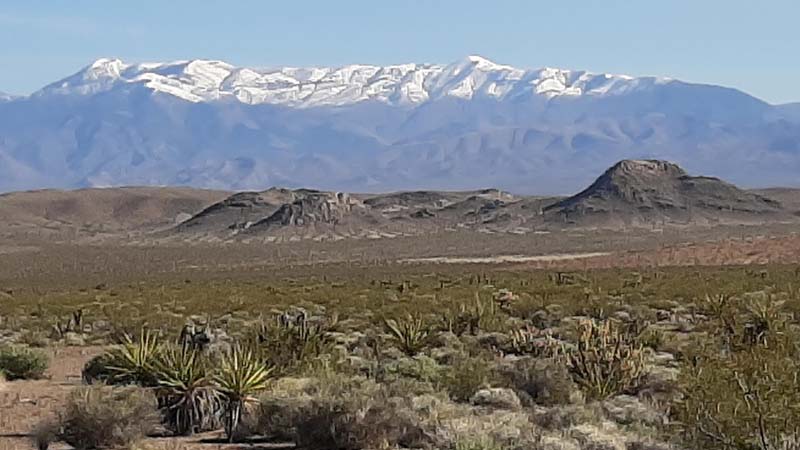 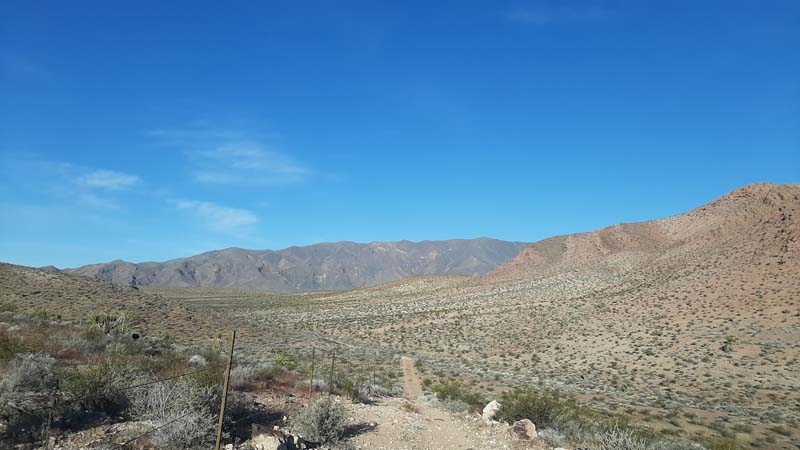 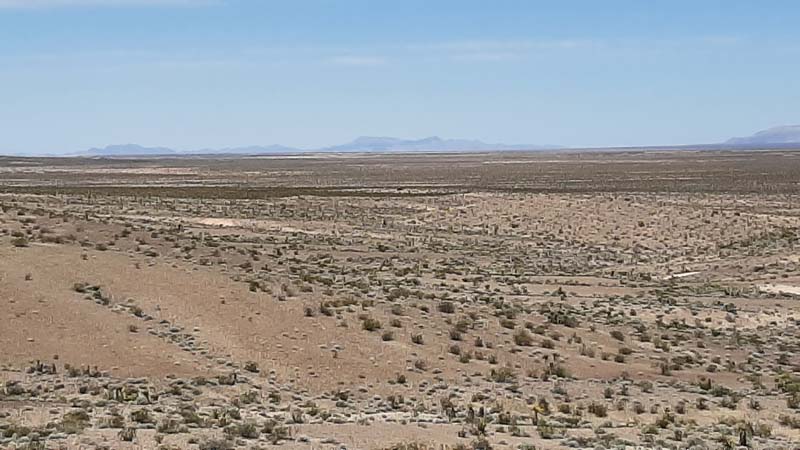 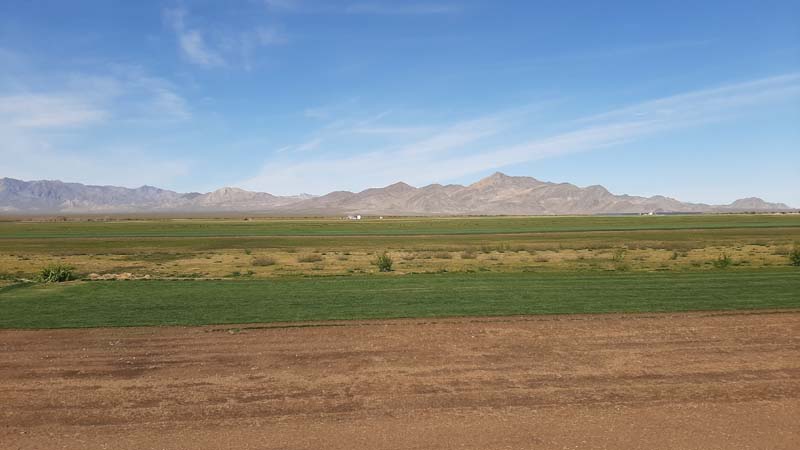 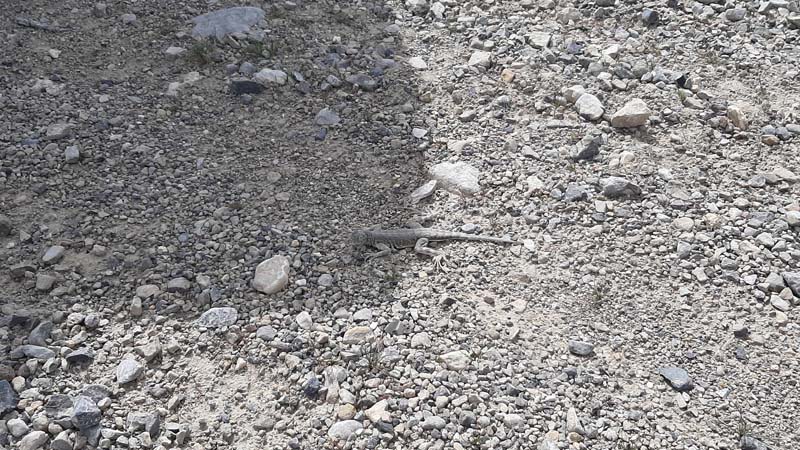 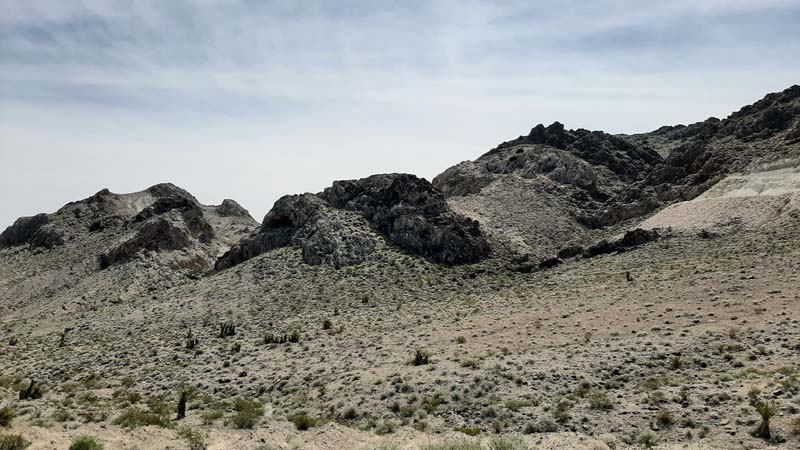 Continuing to enjoy our Unalienable Right to Life, Liberty and the Pursuit of Happiness, our little group of runaways skirted the edge of the Calvada Springs subdivision on our way into Mesquite Valley. Two HK Road offered us a chance to test our skills at crossing washouts as the road was completely cut by erosion created by past flood waters in numerous locations. South of Sky Ranch Estates, we took a break on our run from the law on the edge of a grass plantation. Turf farming must be one of those essential businesses during a pandemic because the field workers were out mowing the lawn and performing other maintenance functions.

Following Old Traction Road, the escapees made a loop around the bottom of Mesquite Dry Lake and began our return trek to the penitentiary, hoping to get back before the guards made their bed check. A couple of times we thought we heard dogs barking, but we covered our tracks pretty well with cayenne pepper and used other tricks as well to avoid being followed by the blood hounds. After sneaking through the back alleys of Sandy Valley, we did some exploration onto the shoulder of Black Butte, but were unable to reach the 3586′ summit as the miners had gone to some effort to destroy the road to prevent such an expedition.

The trio of delinquents arrived back in Pahrump at about 2:00 PM after our Great Escape. We were a little tired from spending a day dodging the law, but it won’t be long before we’re planning our next jail break. Wouldn’t it be awesome if Warden Steve Sisolak was hit with a class action law suit from something like 2 million Nevadans for unlawful imprisonment?