Jeremy found an interesting trail online, so he invited several of us to explore it with him. Along with Vic, riding shotgun with Jeremy, there were Don & Linda, Mike & Patti, and me. There are a couple of ways to approach Tierod Canyon trail and we chose the Sloan area to gain access to the top or East end. Meeting at Speed Vegas at 7:00 AM to air down put us into the canyon within about a half hour. Going in that direction gave us the opportunity to find an offroad route back to Pahrump. The first trail we ran into was a powerline road going South, away from Enterprise. After a few miles, there was a track heading West between Gary Allen and Nevada Royale Quarries. 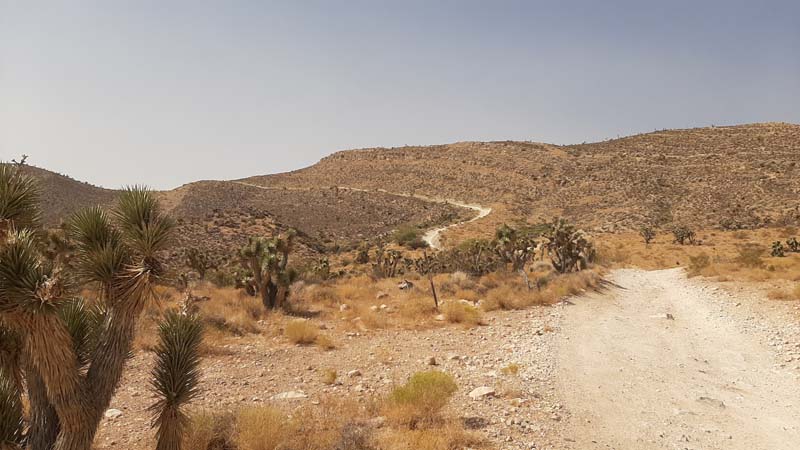 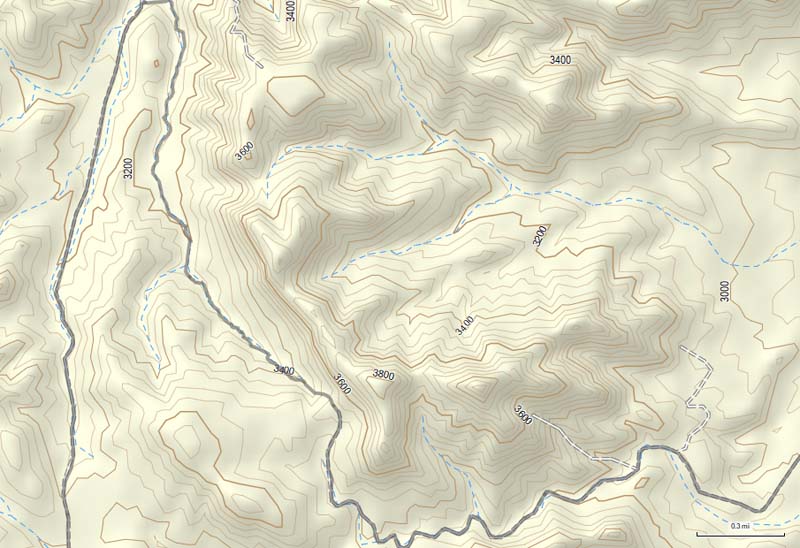 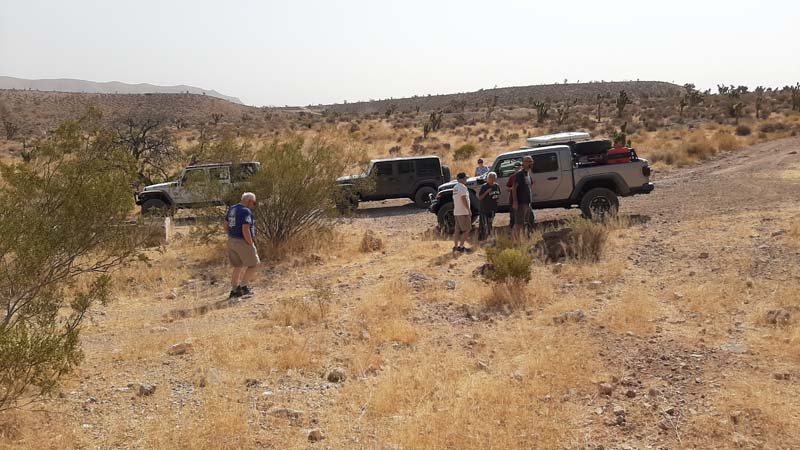 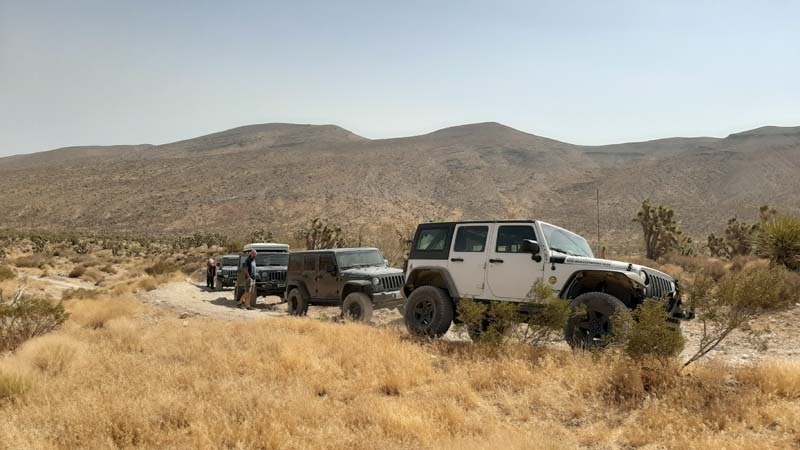 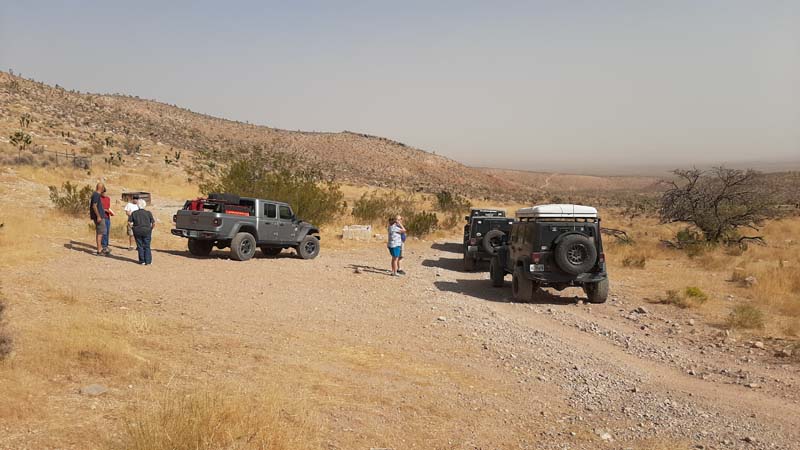 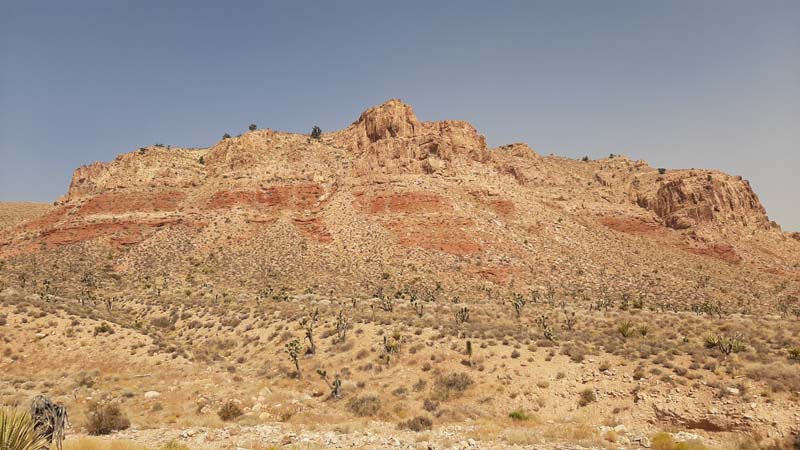 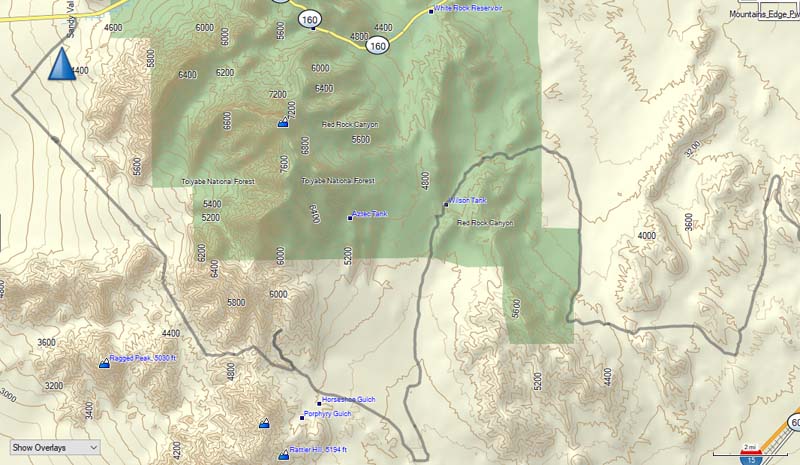 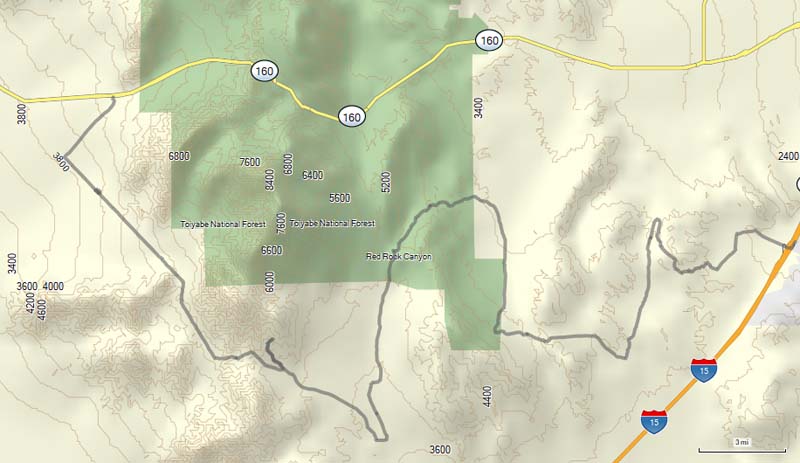 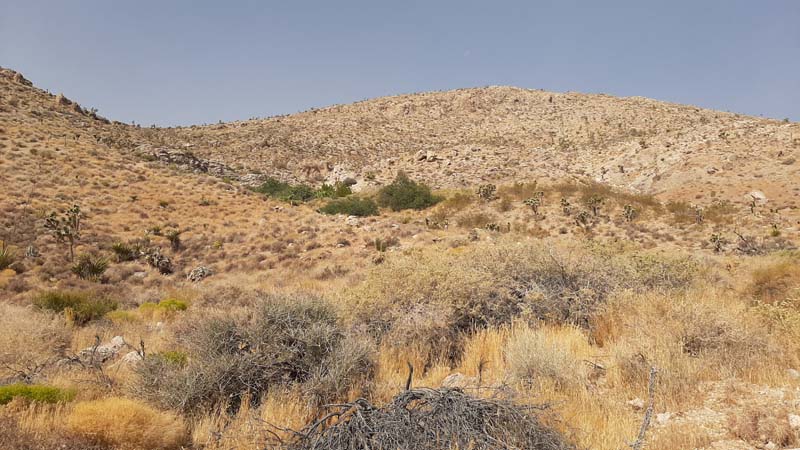 Due to the Red Rock Canyon National Conservation Area being placed in our path, we found ourselves being herded North in the direction of Forester Road in Blue Diamond. When we arrived at Cottonwood Pass Trail, we turned West, proceeded to Wilson Tanks and over the pass. We missed the road that would have allowed us to avoid the city and we ended up in downtown Goodsprings.

As soon as we were able to navigate our way out of the traffic, we took Kingston Road West over Wilson Pass to a powerline road headed mostly Northwest, the direction we wanted to travel. Eventually, the trail ran into the Pahrump-Sandy Valley Road that terminated at Highway 160 where we aired back up. Our arrival time back in Pahrump was about 3:45. It was unfortunate that there is so much CA wildfire smoke to spoil the scenery and the normally broad vistas were reduced to half a mile or so.