We started our drivers meeting during Sunday breakfast at Mom’s when they opened at 6:00. When we had finished eating, the two Jeeps with myself in one and Rick & Mary in the other headed North on the 160 almost to Crystal Road. From there, we took a trail East to the vicinity of Butch Cassidy Pass. After a stop to look at the rock Graffiti, apparently left by the Petroglyph tribe, we aired down out of the wind and took a side trip to Johnnie Mine. 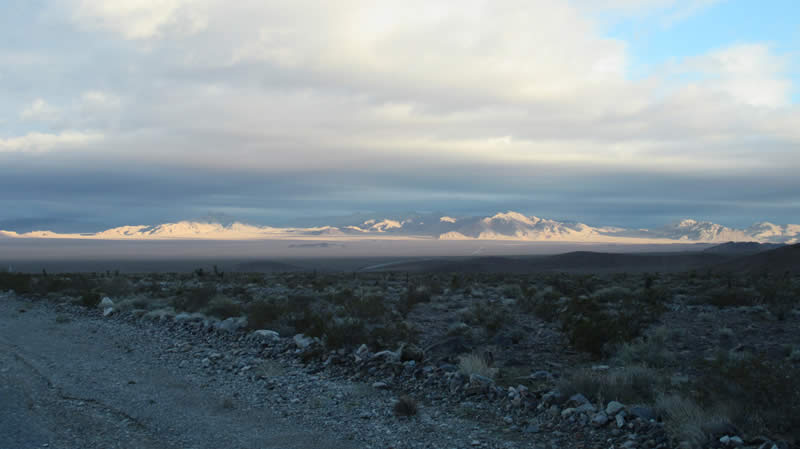 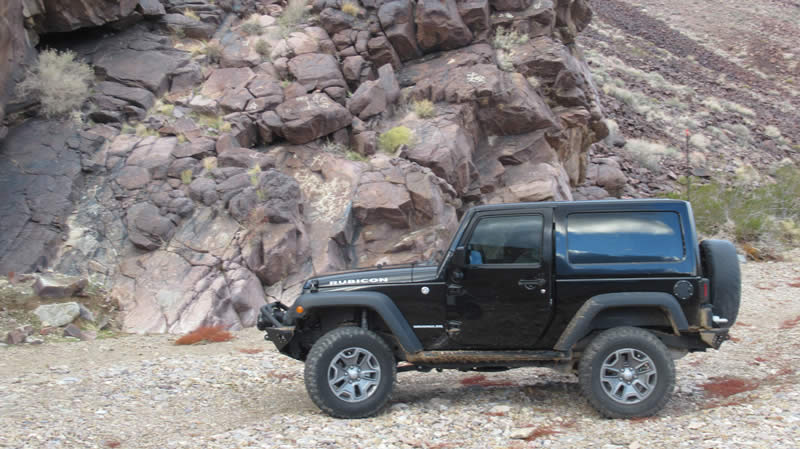 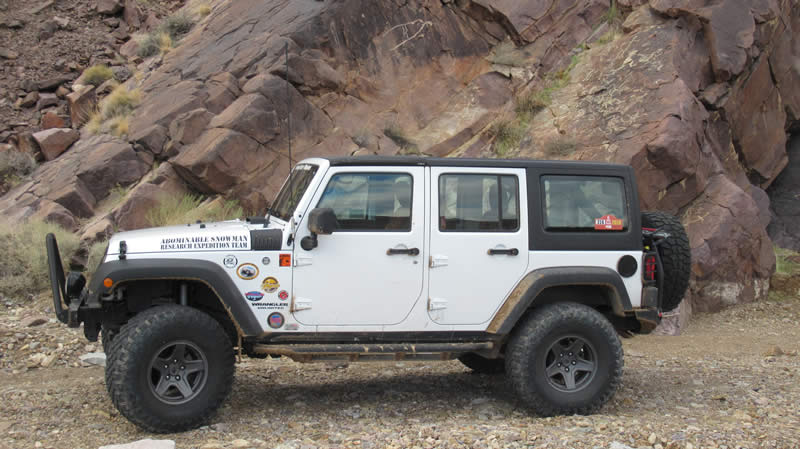 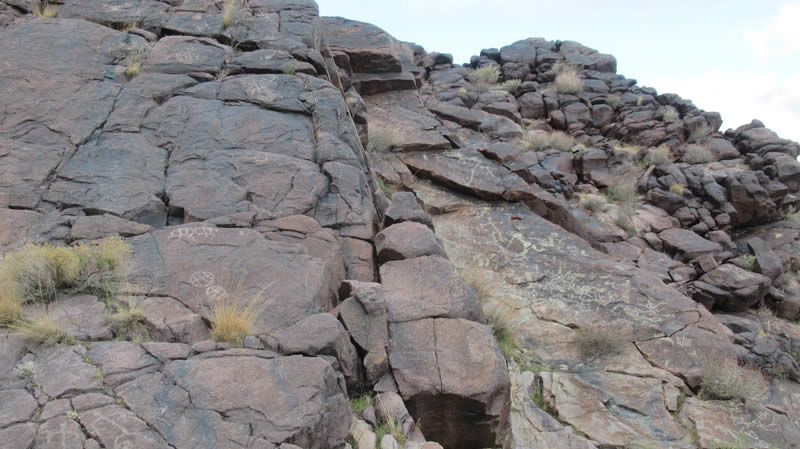 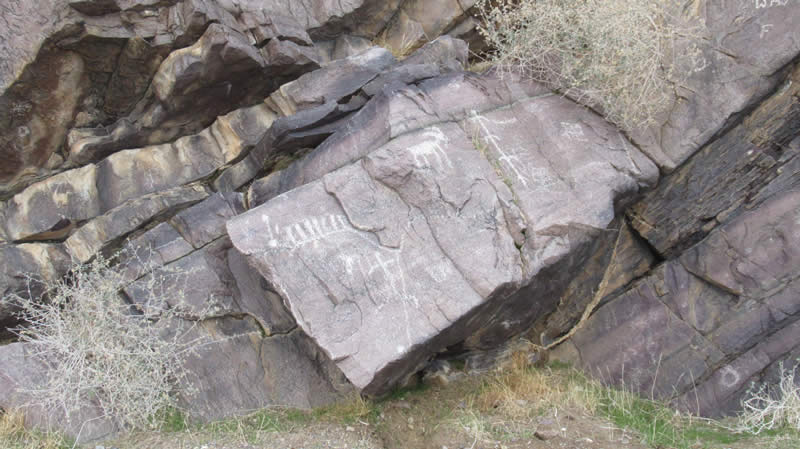 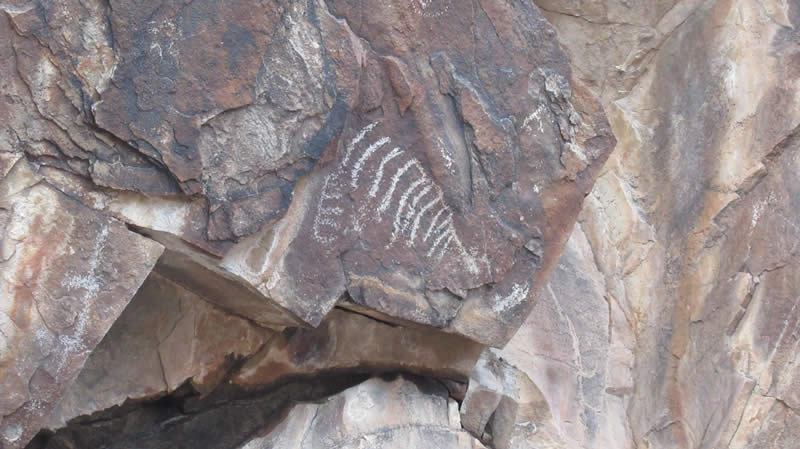 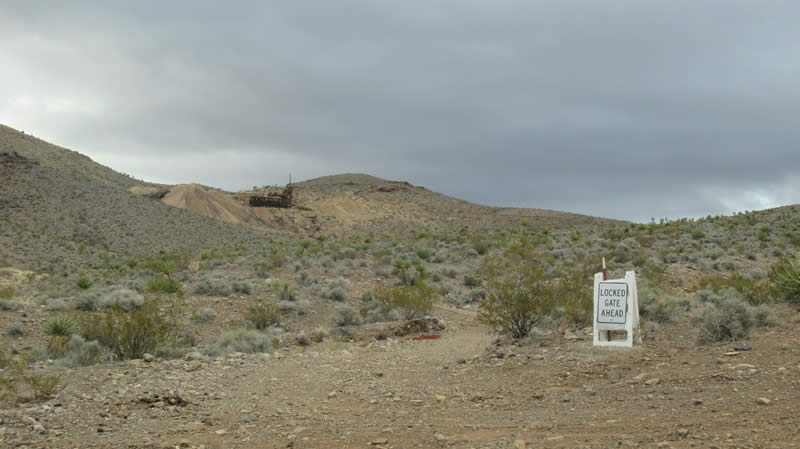 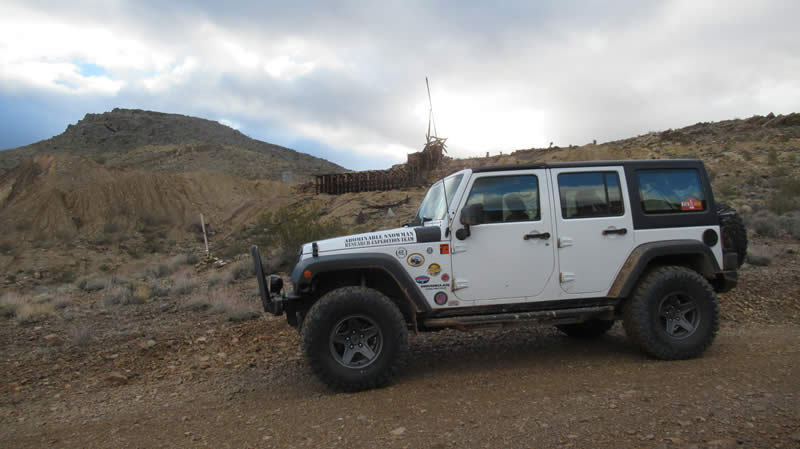 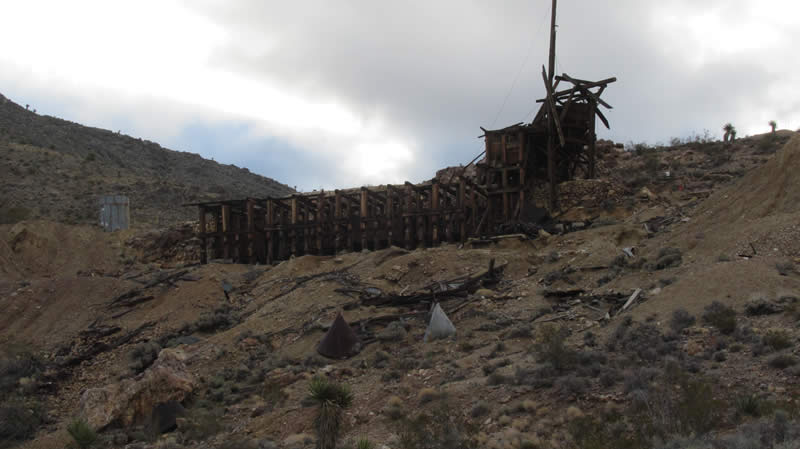 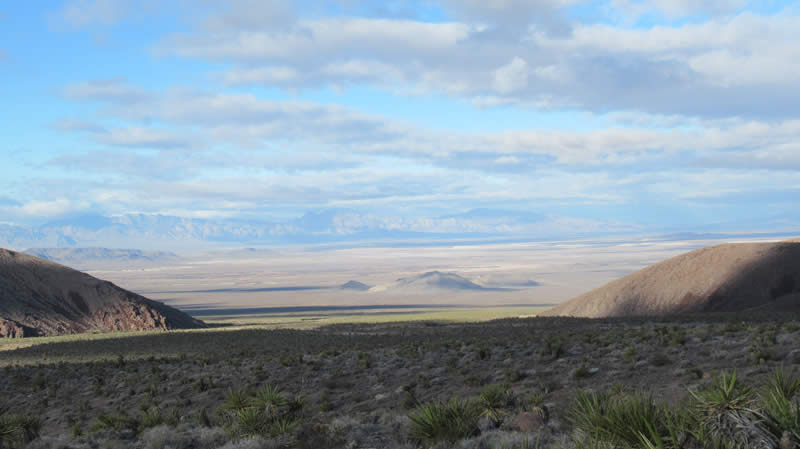 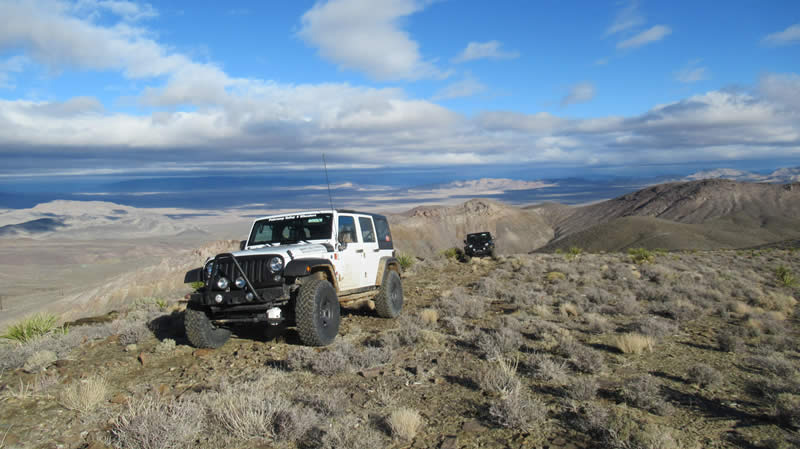 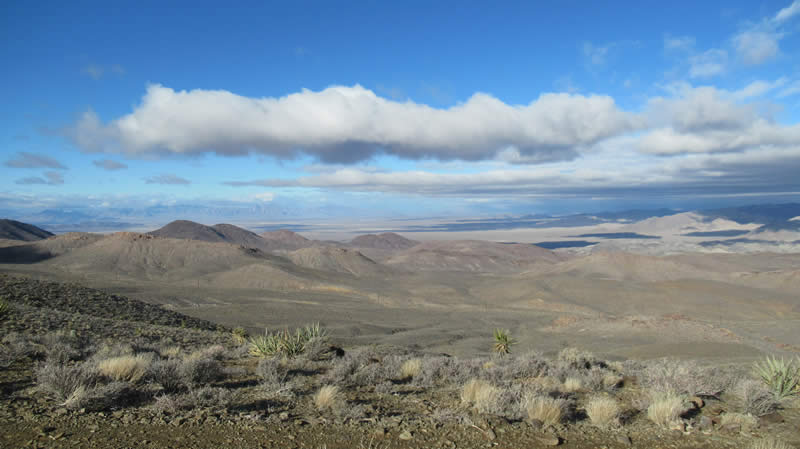 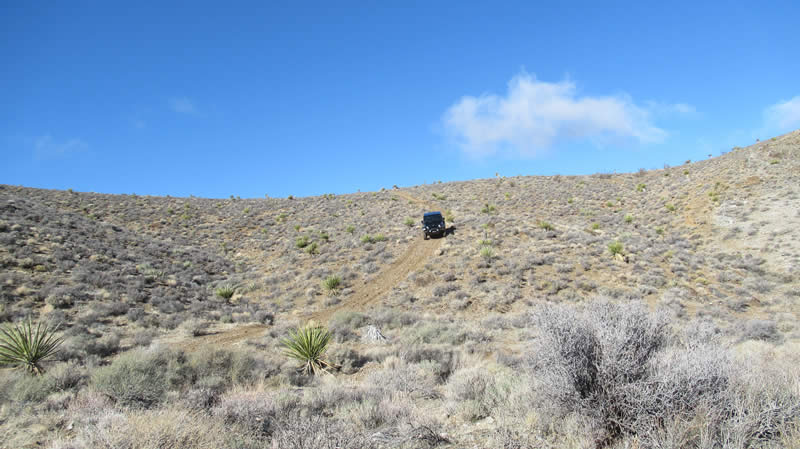 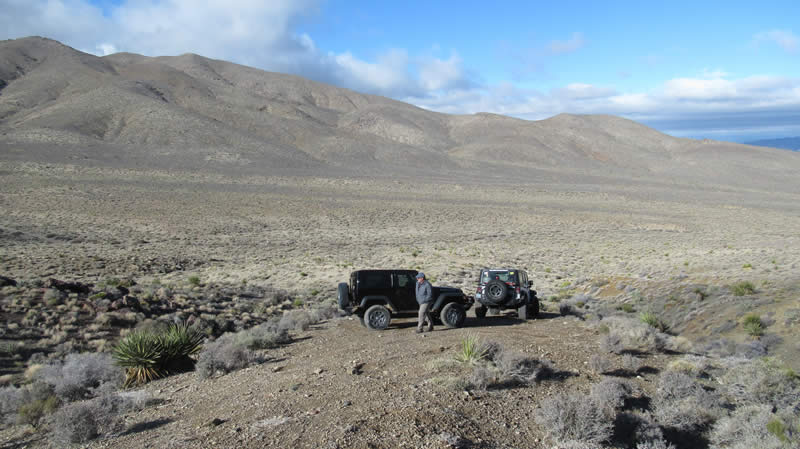 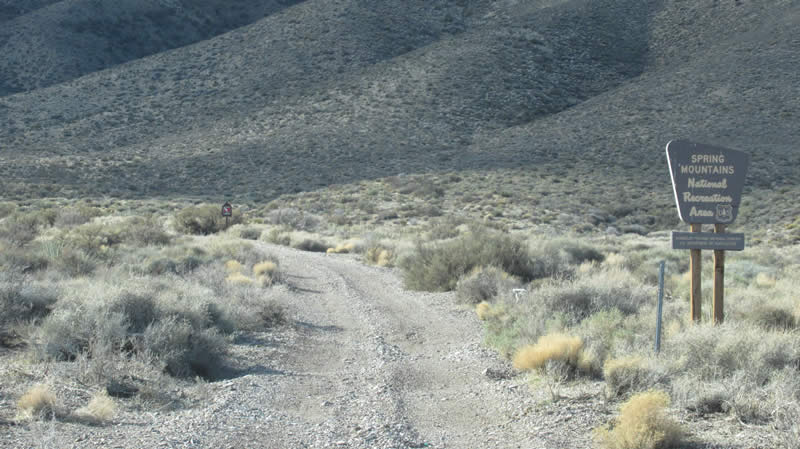 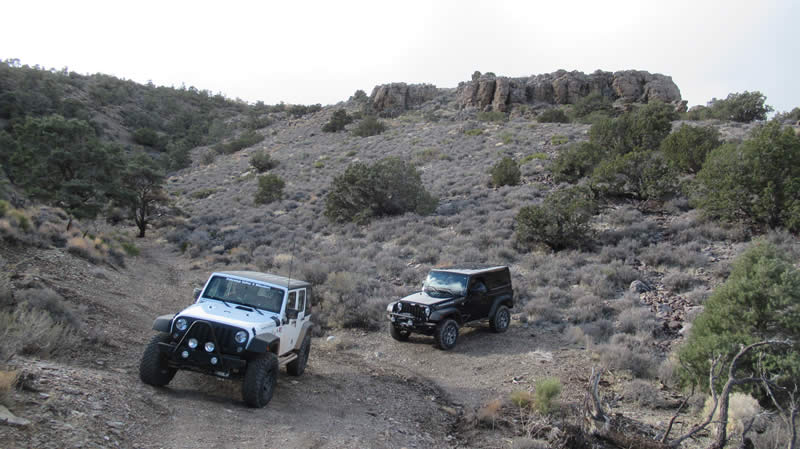 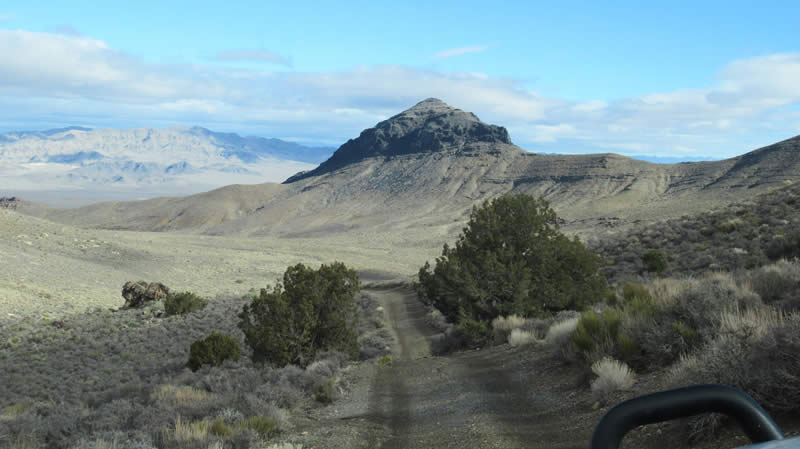 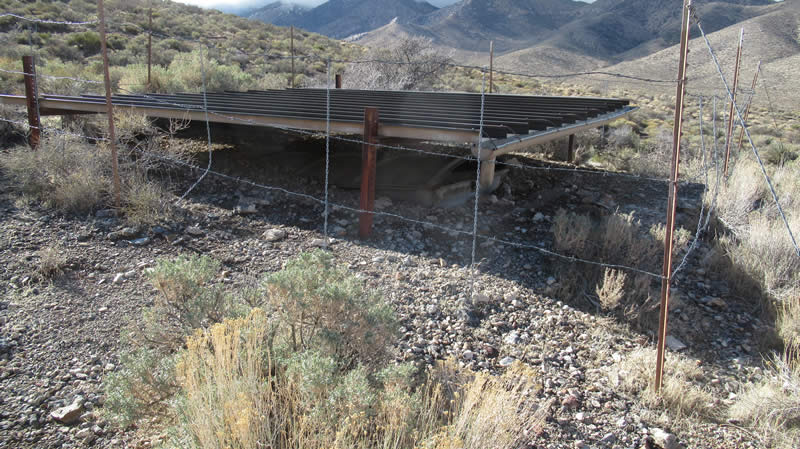 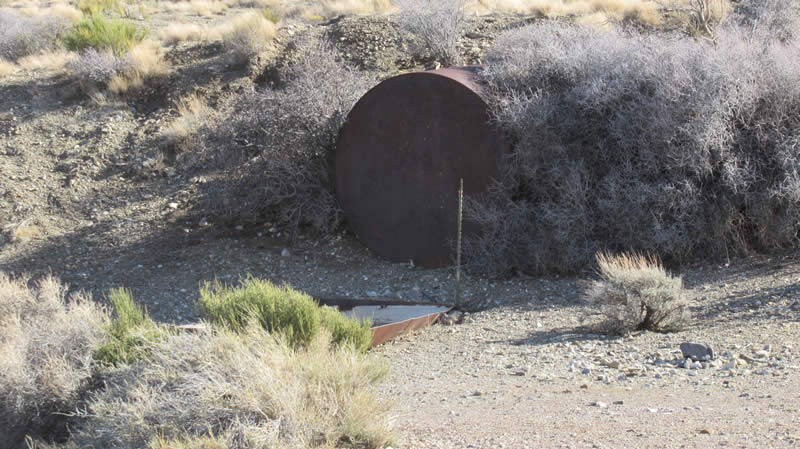 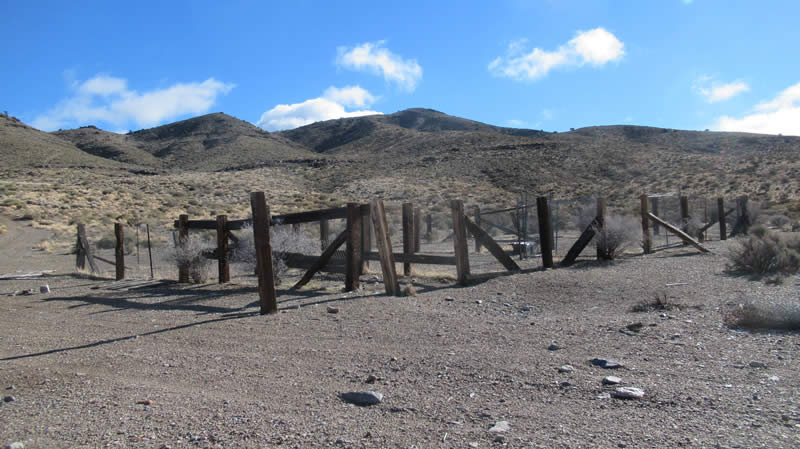 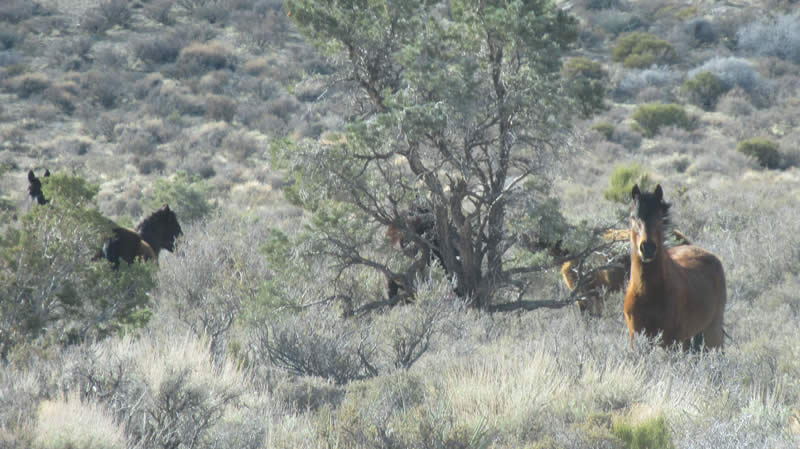 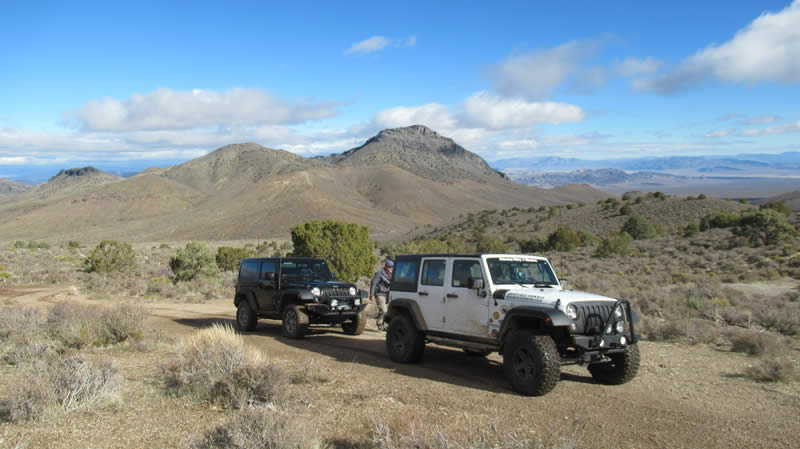 Traveling North on the Powerline Road, we eventually found a trail that took us up to about 5160′ in elevation so that we had a very wide panoramic view of Amargosa Valley, Nevada National Security Site (Mercury) and Indian Springs, home of Creech Air Force Base. We eventually descended through a gnarly creek bed to the Northern boundary of the Sterling Mine District where we began making our way South.

One of our first side trips was to an area with an abandoned mine. From there, we drove across the valley to small spring. Heading back down to the Valley, we climbed to a guzzler placed by the Nevada Department of Wildlife. Finding a more traveled route, we ascended to the vicinity of Jaybird Spring and Rock Spring and came across some hikers and their pickup. We took a different trail back to the valley and began climbing numerous sparsely traveled routes, spotting several groups of wild horses along the way.

Around Gold Spring, we came across enough snow on a side-slope trail that before we even reached the end, had to back up and find a spot to turn around. By now, it was 11:30 and getting late, so we came up with a plan to start making progress towards the 95. We discovered some more interesting and somewhat challenging trails before finding a wide spot near the highway to air up. We feel most of what we explored would make a good club run for the more adventurous members.