Maybe the delayed start of 7:00 AM was the reason for the light turnout, but our group was back in Pahrump by 1:30, so we weren’t out too late. I guess we could try a 6:00 AM start for for the next run to see if we get more people wanting to get up into the mountains before it begins to get hot. Our exploration team consisted of myself in our JKU, Lloyd & Sharon in their YJ and Mike & Patty riding in the tail gunner spot in their Rubicon Gladiator. 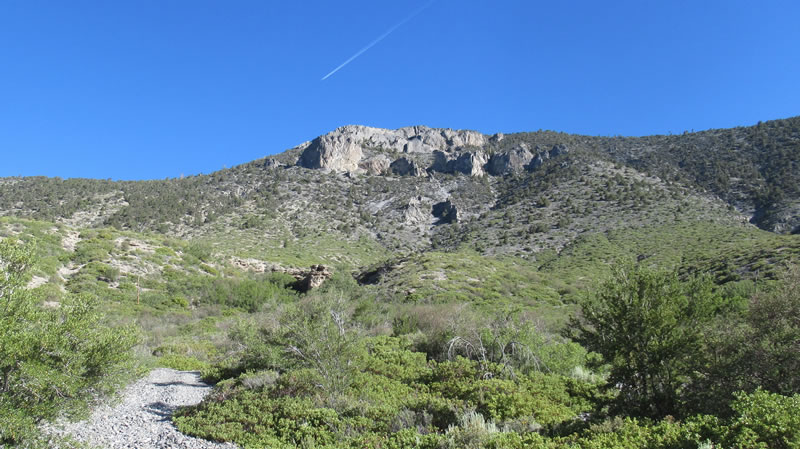 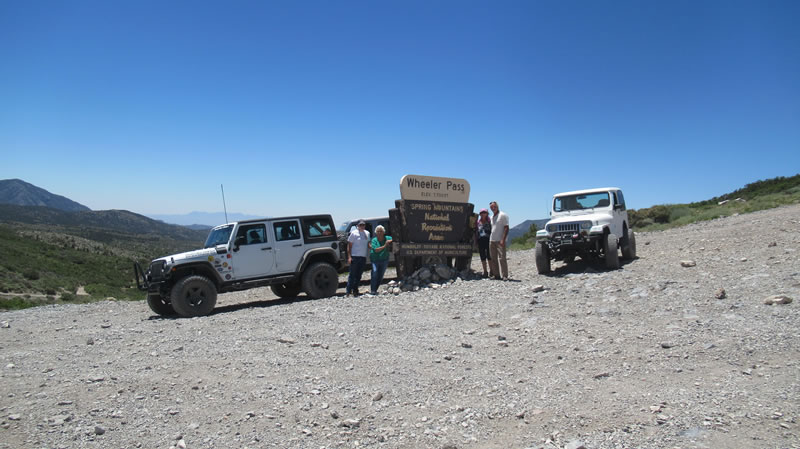 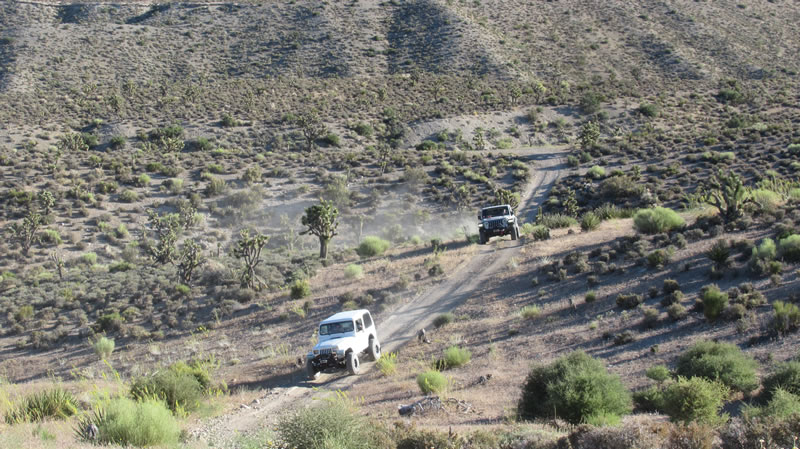 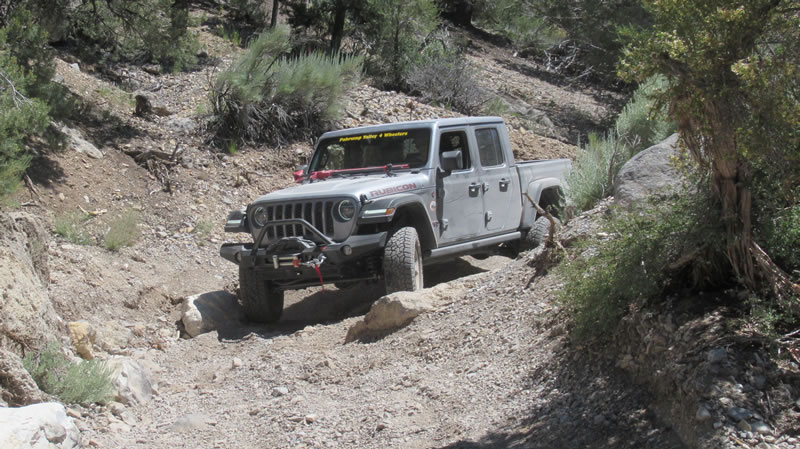 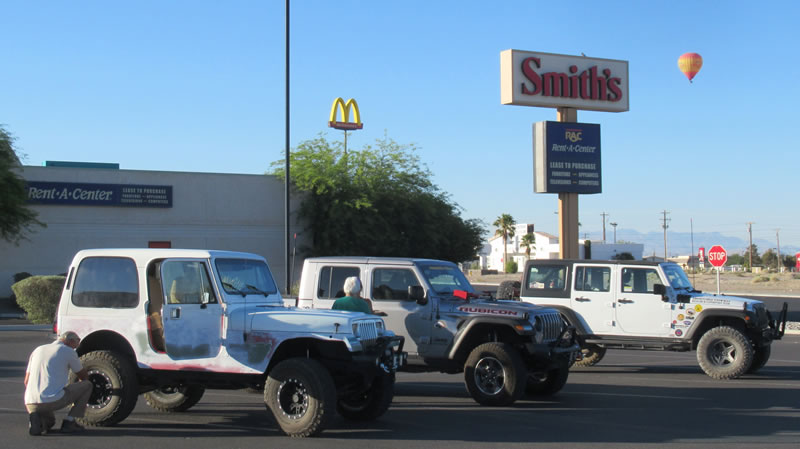 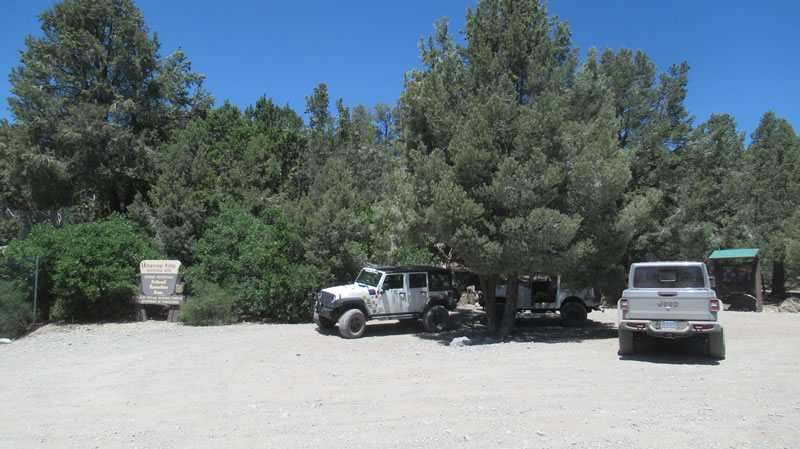 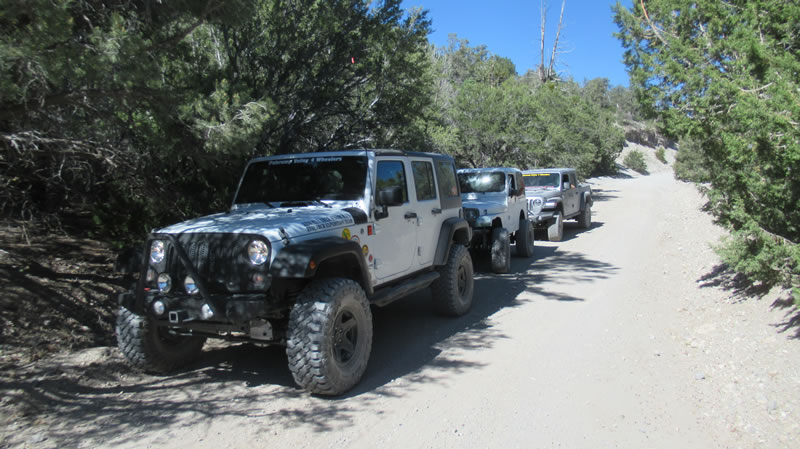 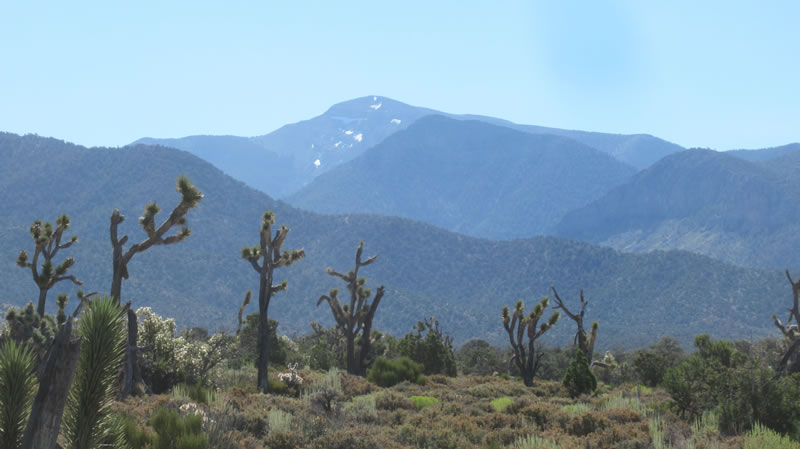 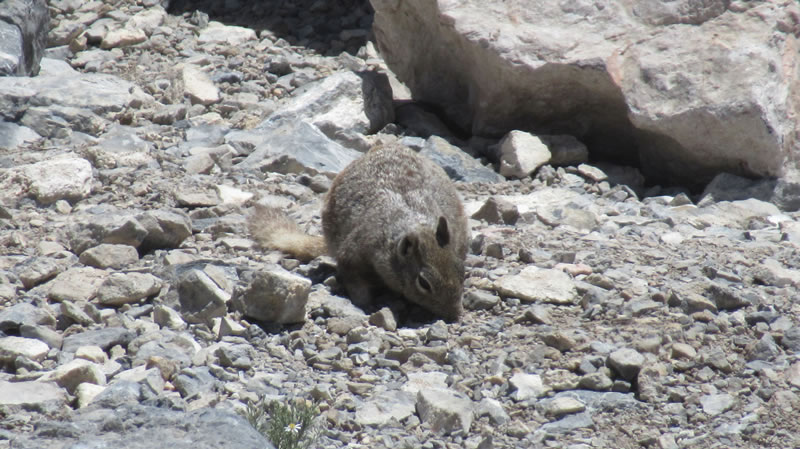 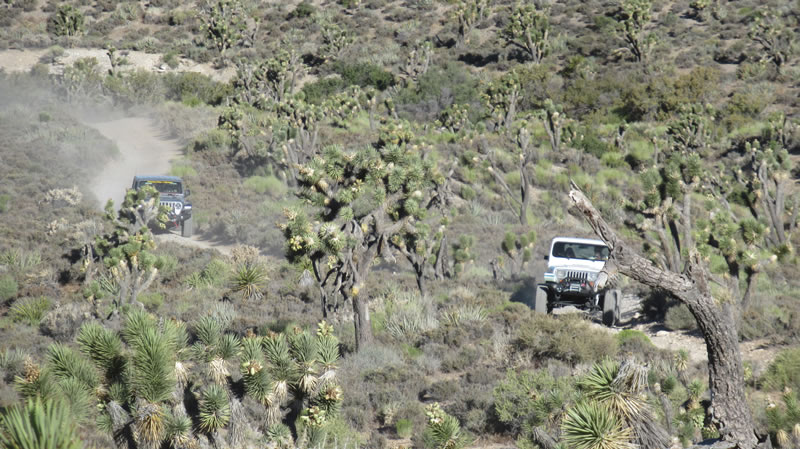 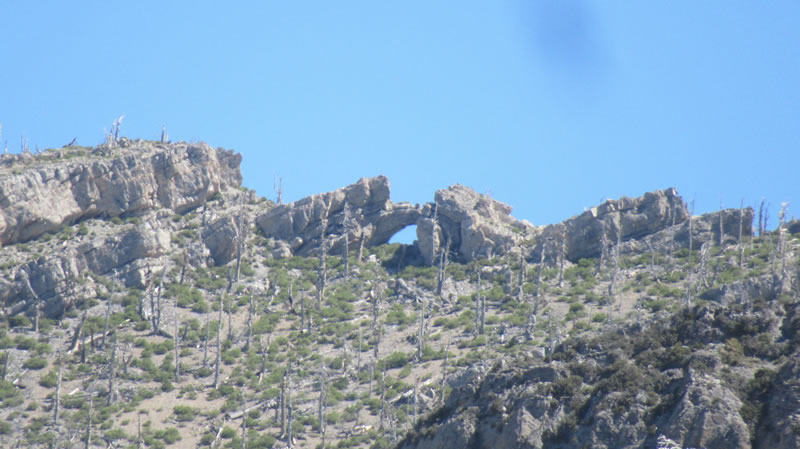 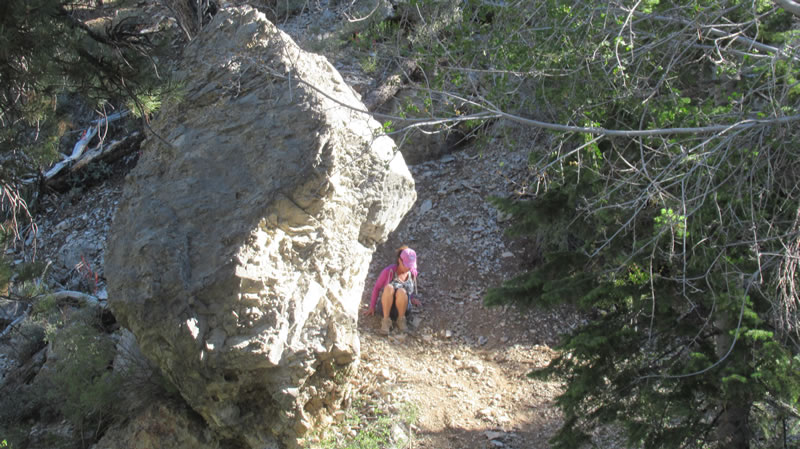 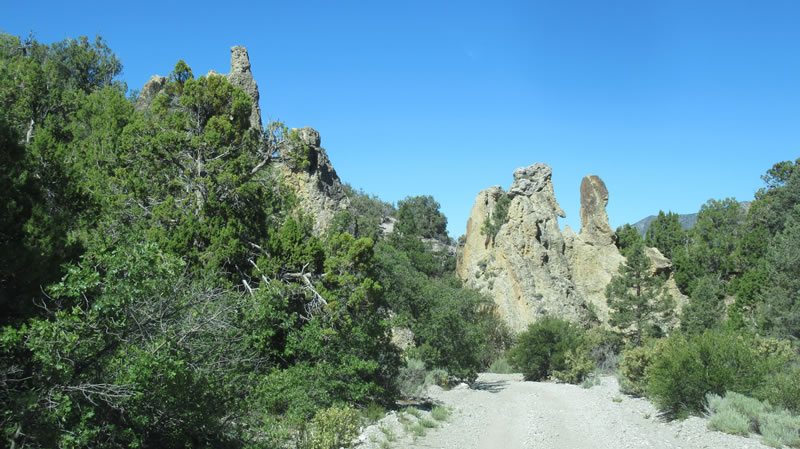 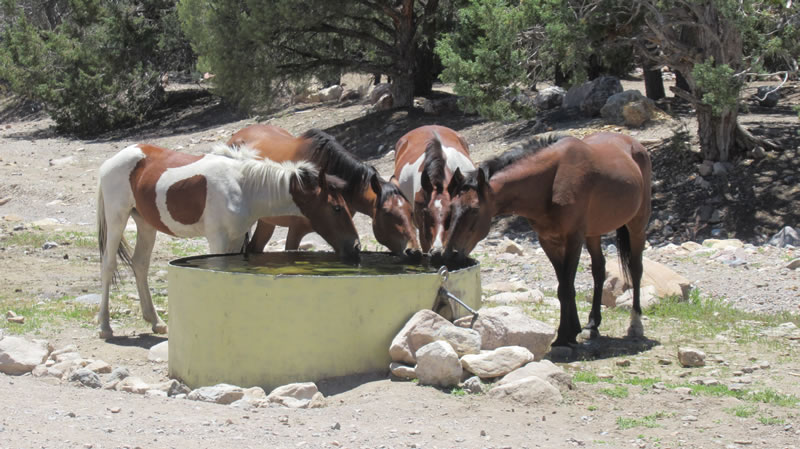 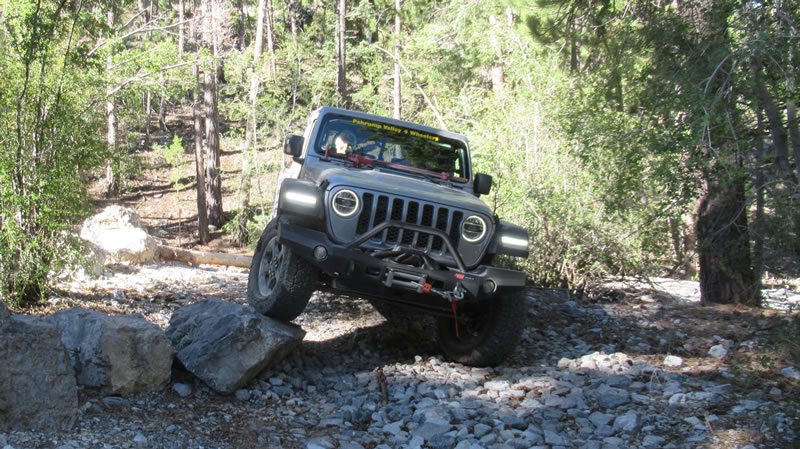 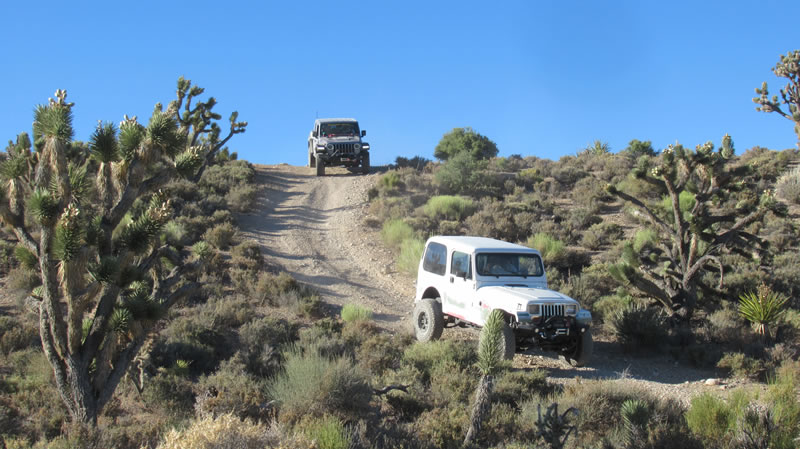 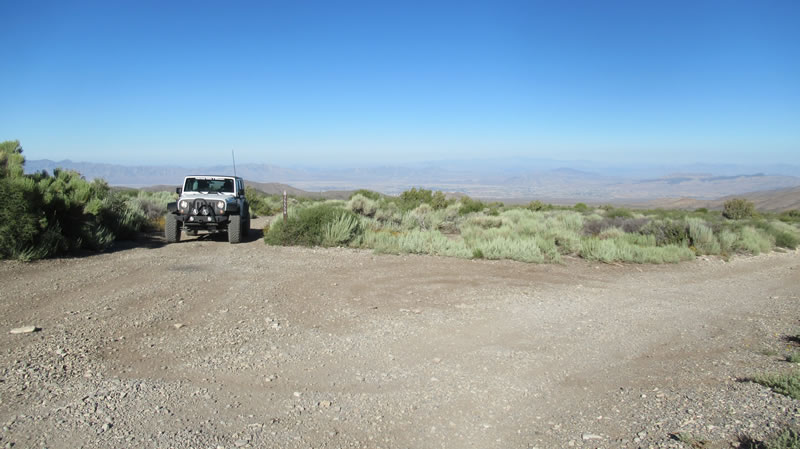 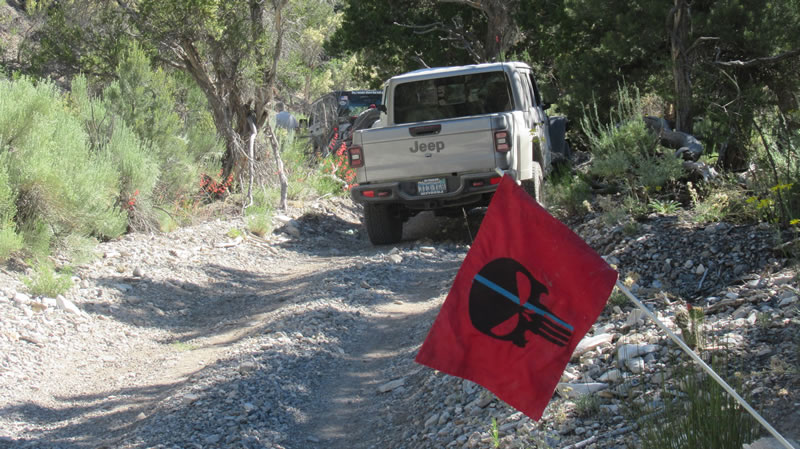 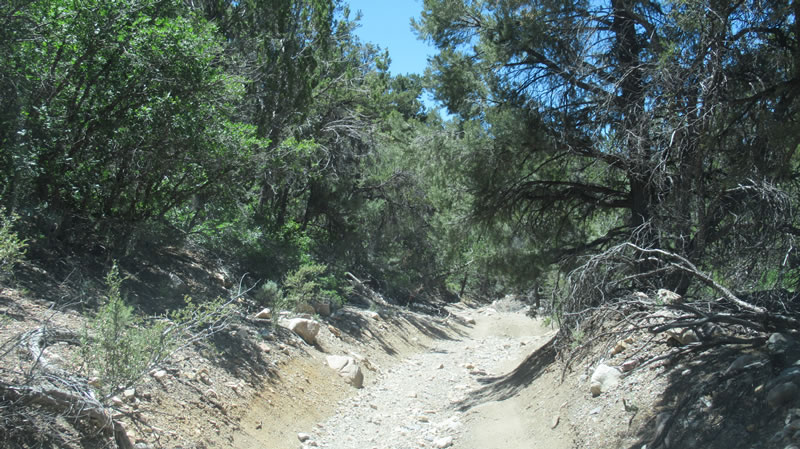 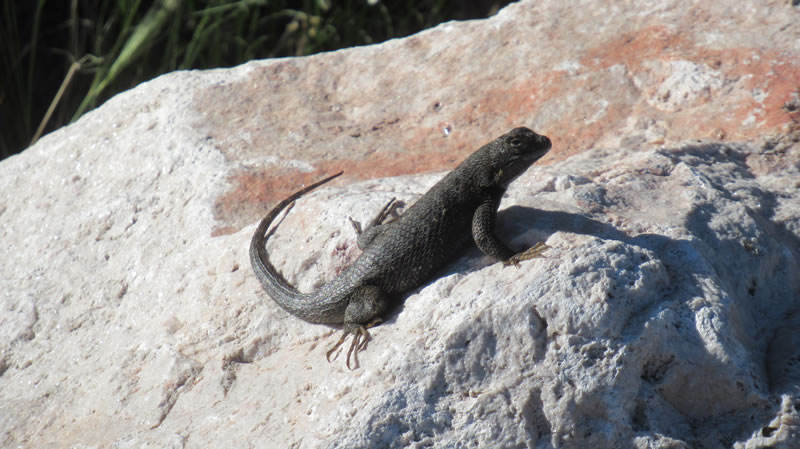 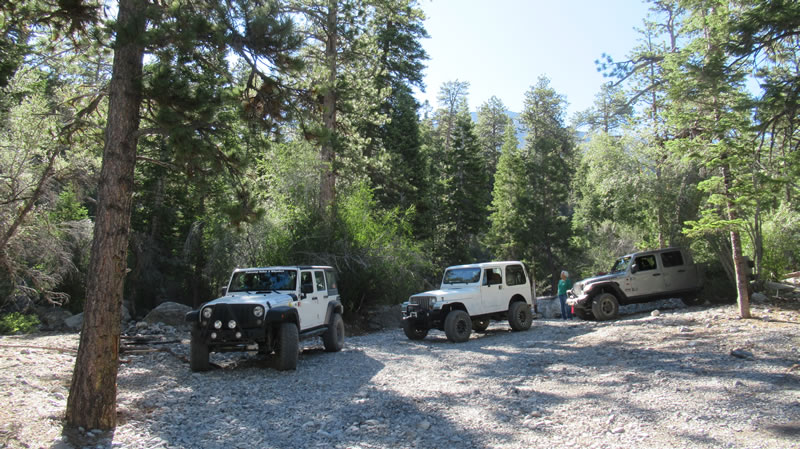 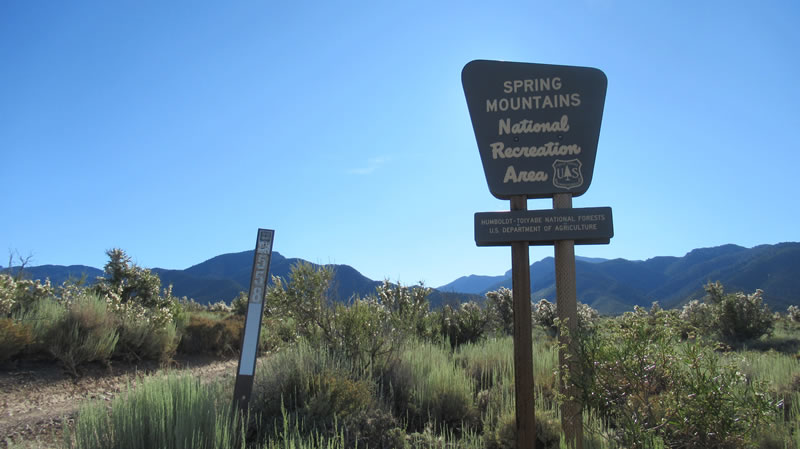 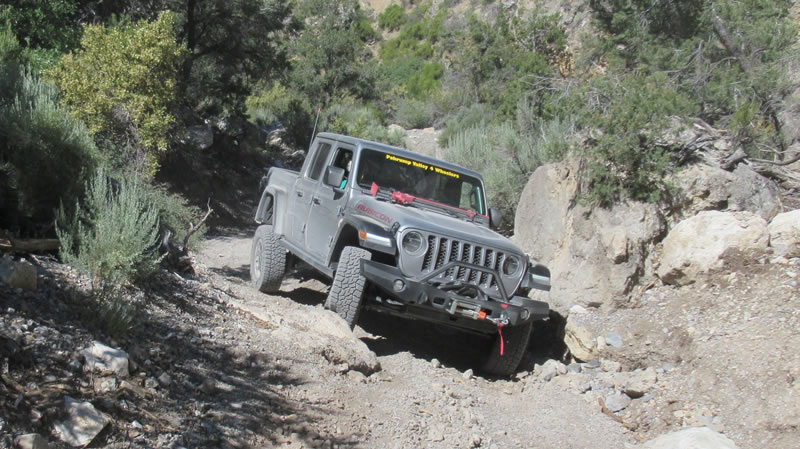 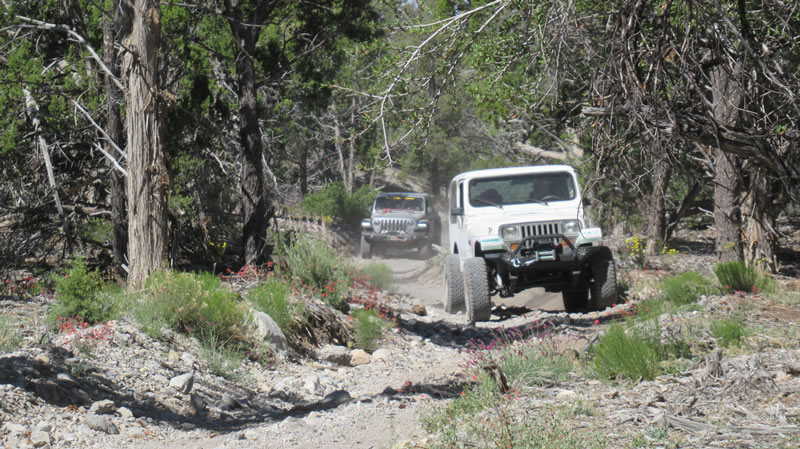 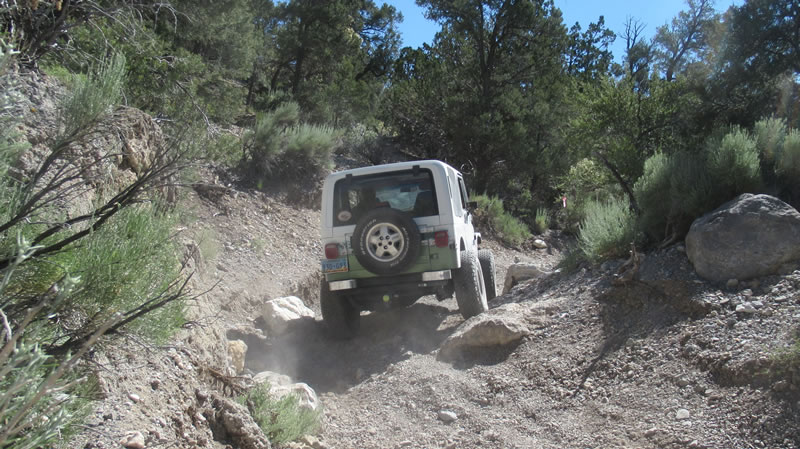 After airing down in the Smith’s parking lot, we headed up Wheeler Pass Road until we reached the Wheeler-Wallace Connector Road. Taking that route to Wallace Canyon Road, our trio of Jeeps continued on to the end of that trail. There was no running water in the canyon to be found. When we had completed our reconnaissance there, Wallace Canyon Road took us back to Wheeler Pass Road. Heading East, the Clark Canyon Road fork led us to Autumn Road. At that point, we made a sharp left and traveled down the hill to Buck Spring Road.

On the leg to Wheeler Well, we negotiated a washed out Wheeler Pass Road. Our days journey basically ended at the well, but while we were inspecting the water level in the tank, 4 horses came out of the trees for a drink. It was a great ending to a wonderful day of off roading.