From our 9:00 AM Driver’s Meeting at the Shell station on Spanish Trail Road and Highway 191, our group of 7 Wranglers and a Grand Cherokee drove North through town to the 313 West. We stopped to air down at Hell Roaring Route and then headed West in the direction of Jewel Tibbetts Arch. 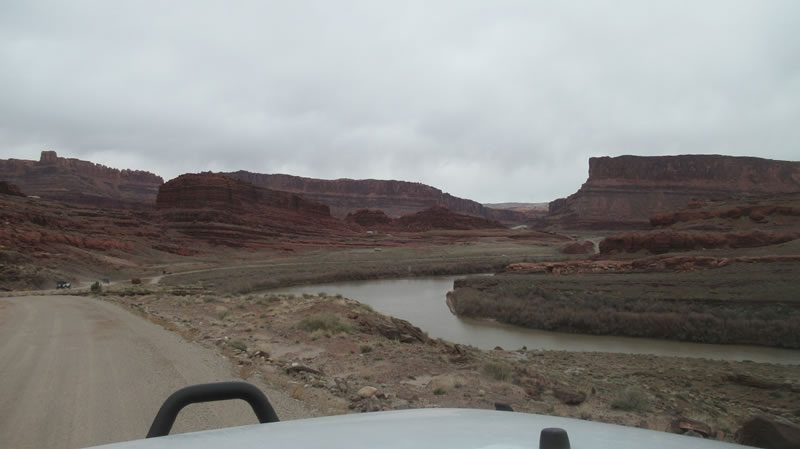 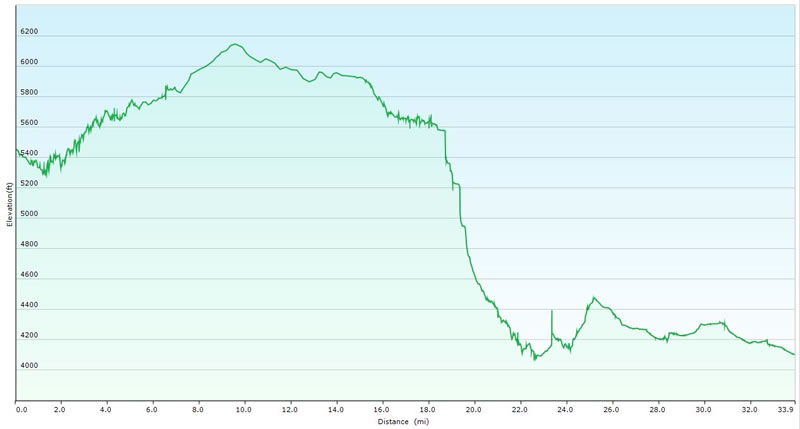 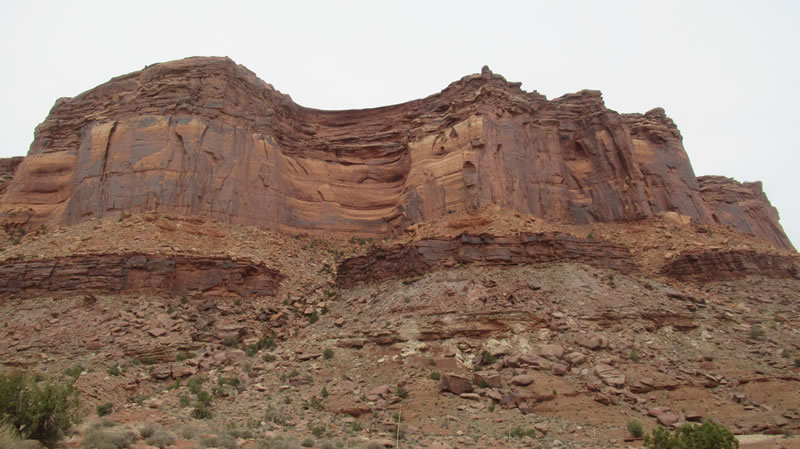 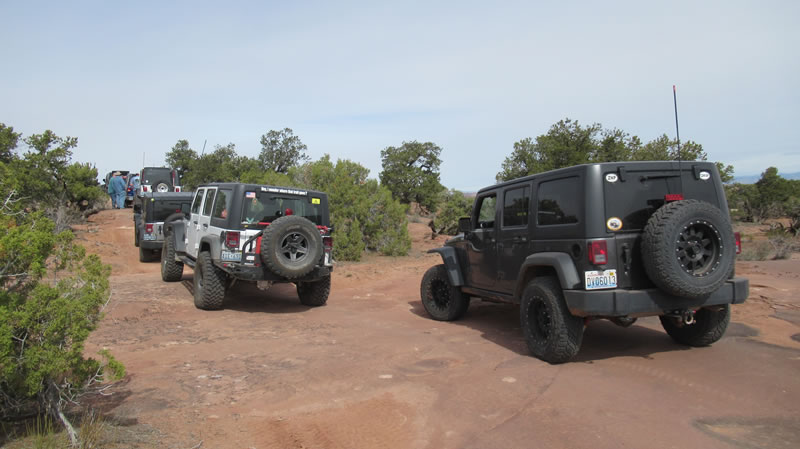 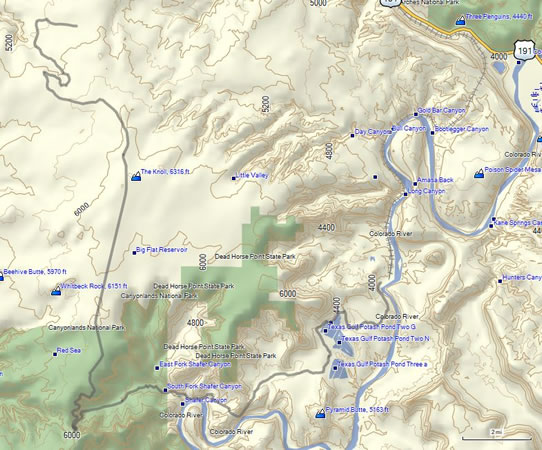 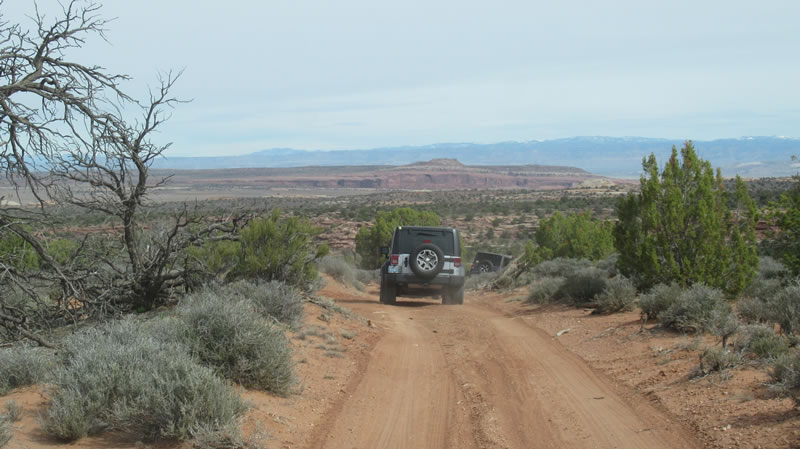 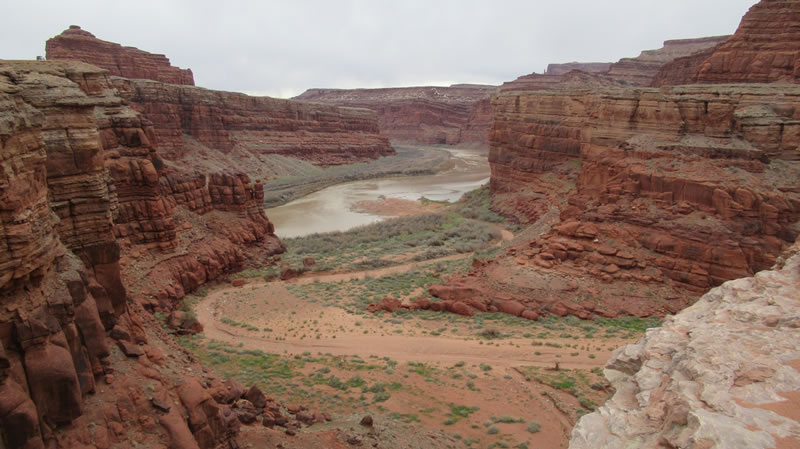 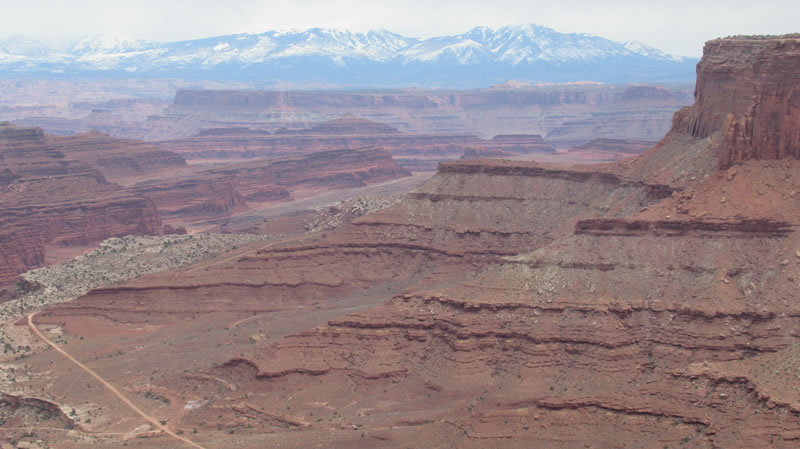 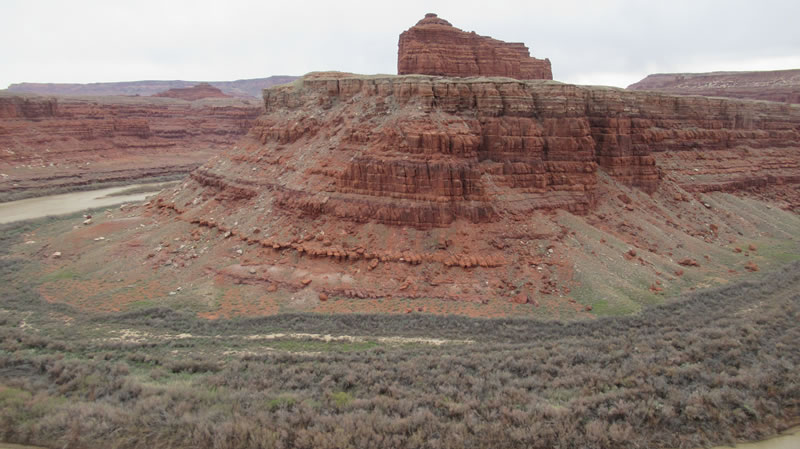 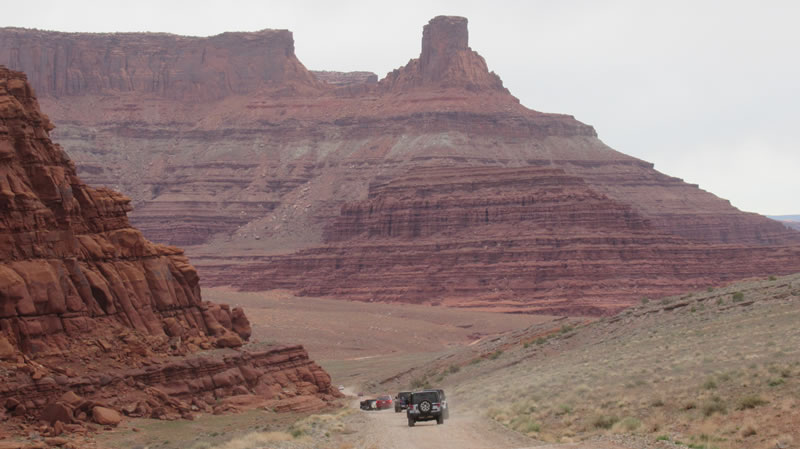 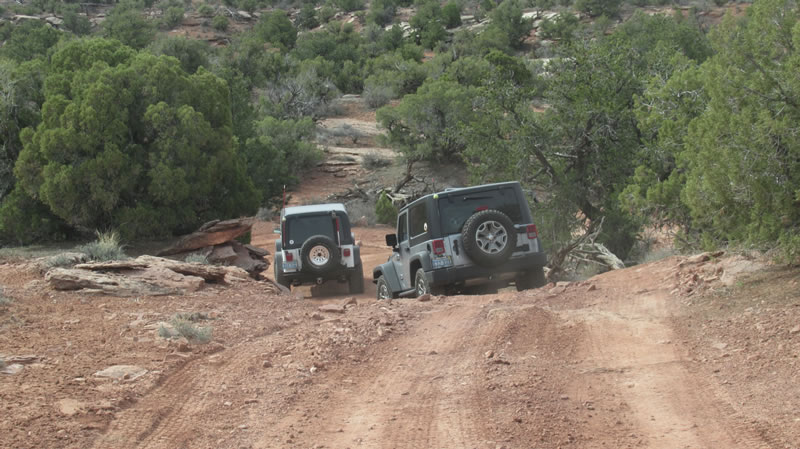 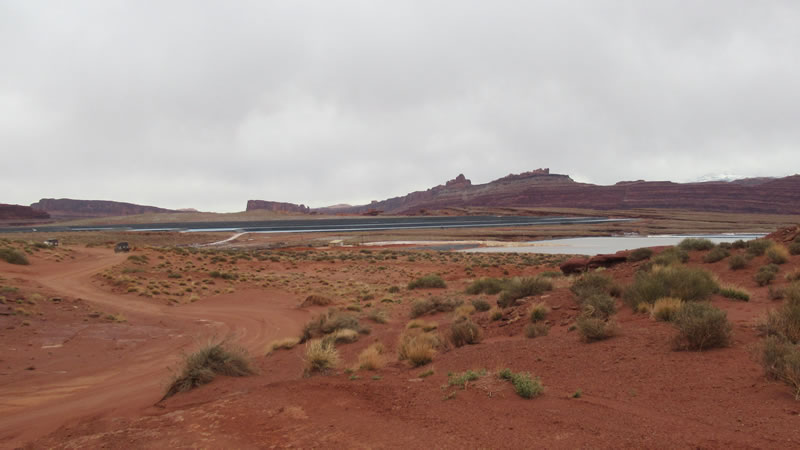 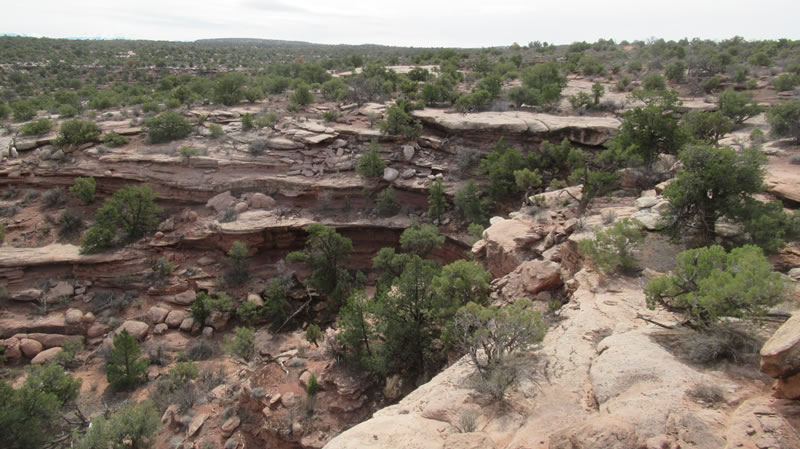 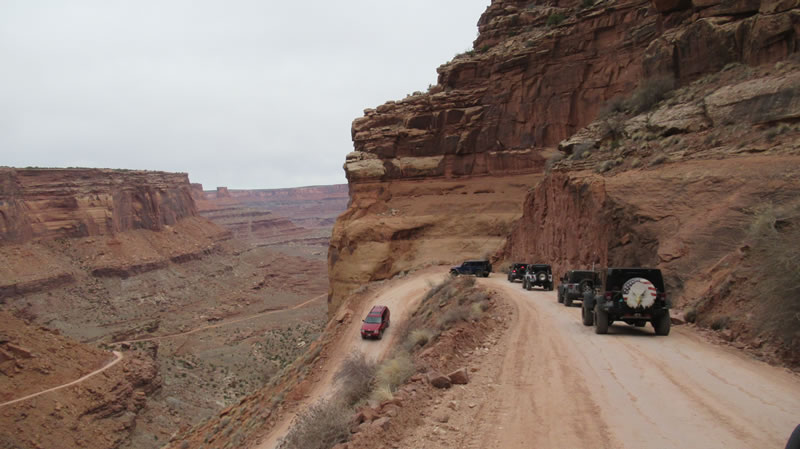 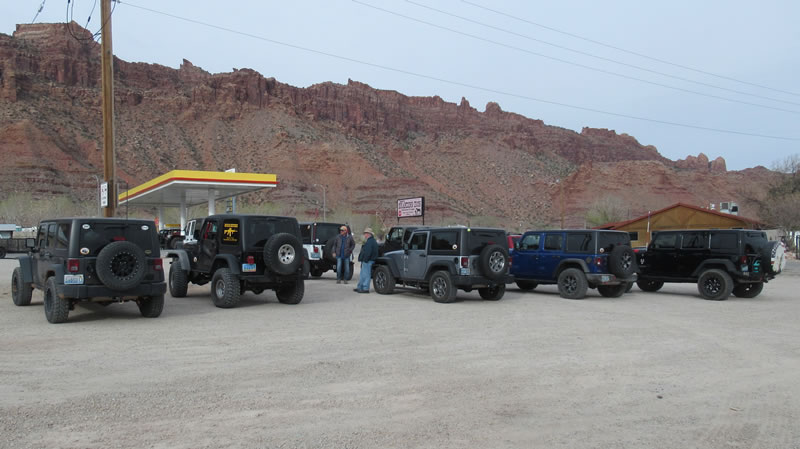 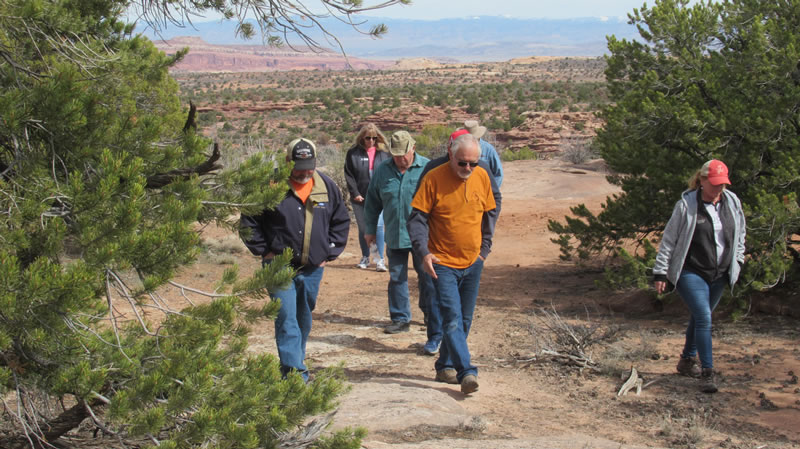 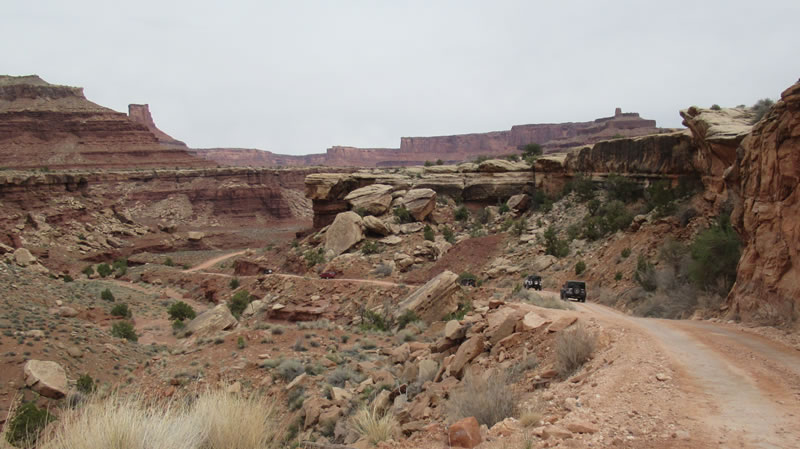 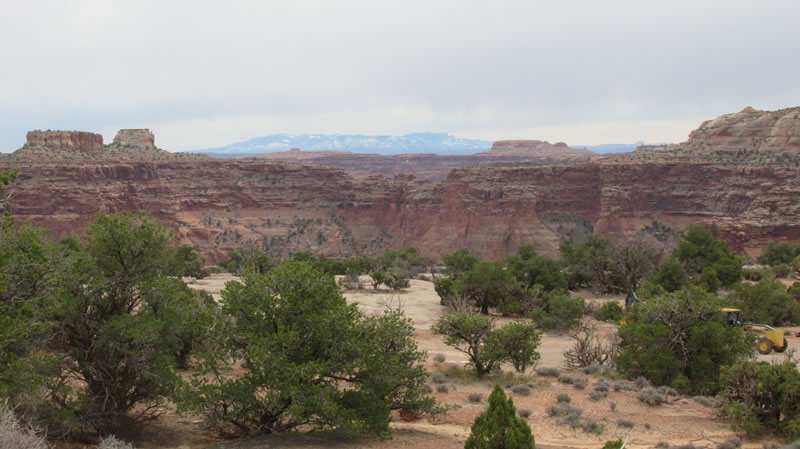 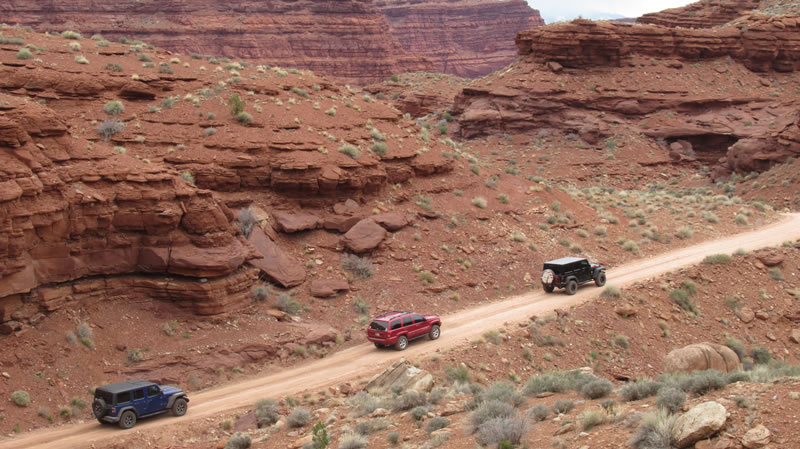 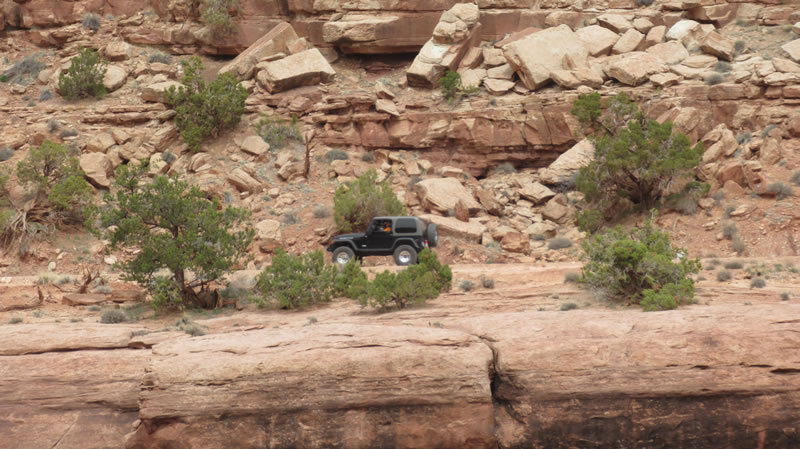 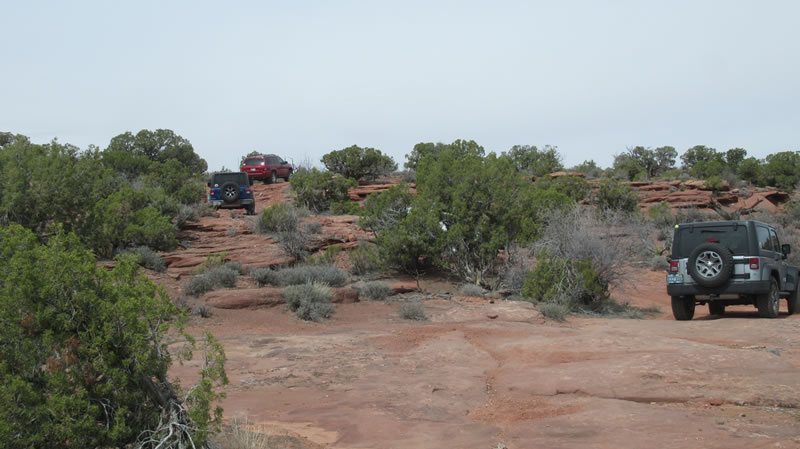 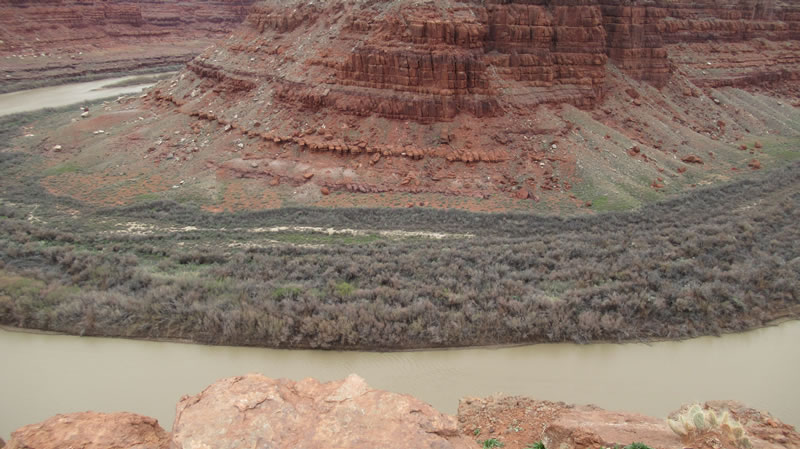 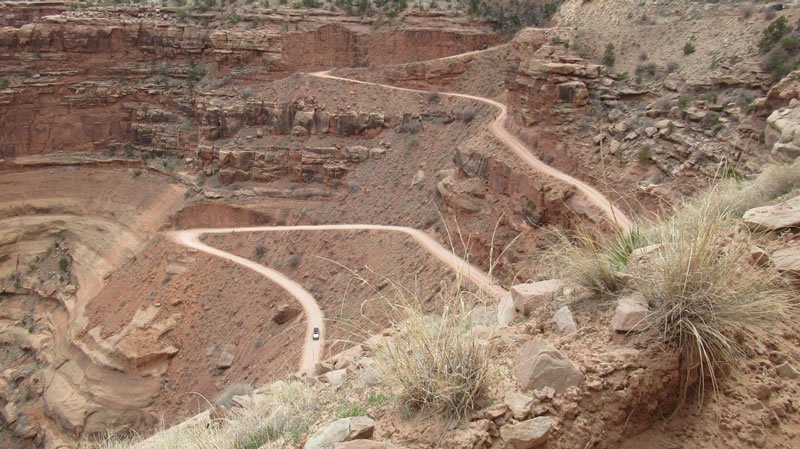 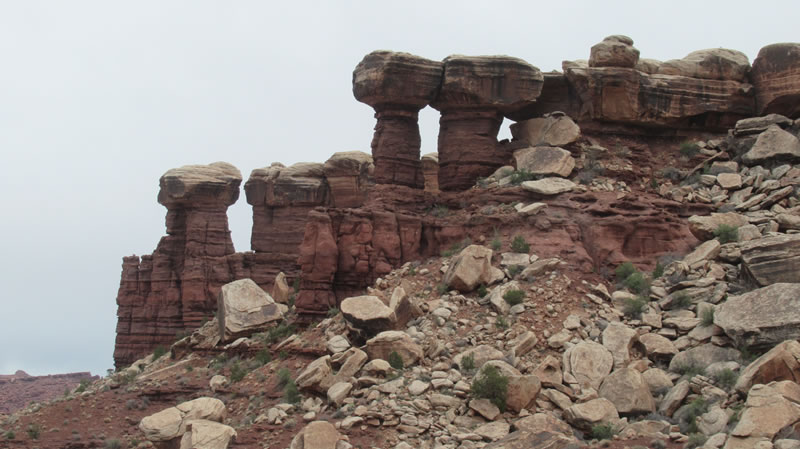 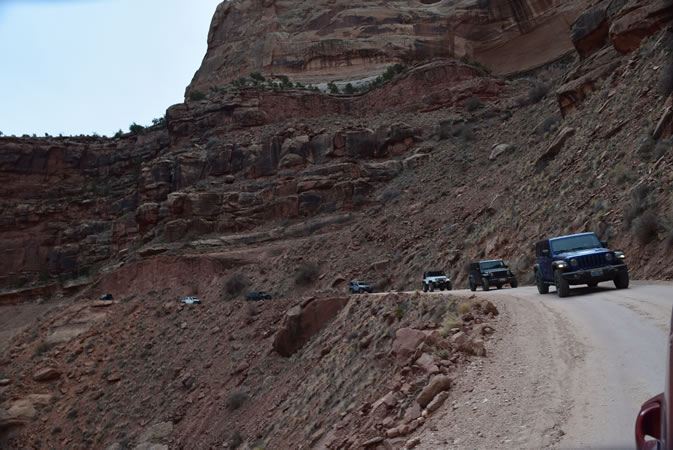 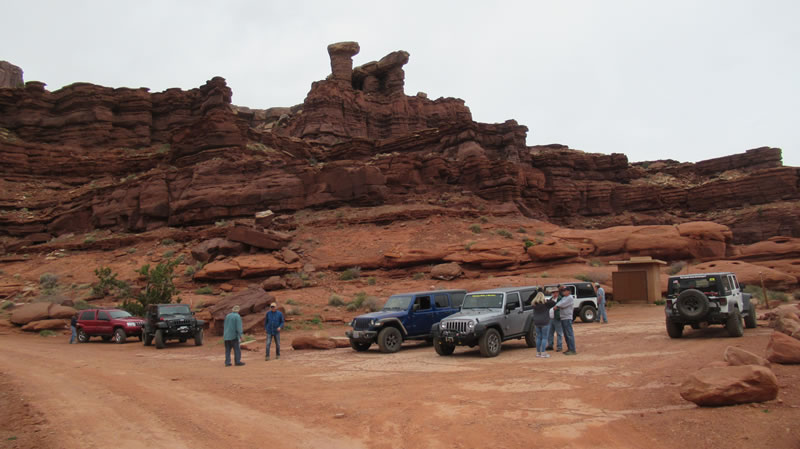 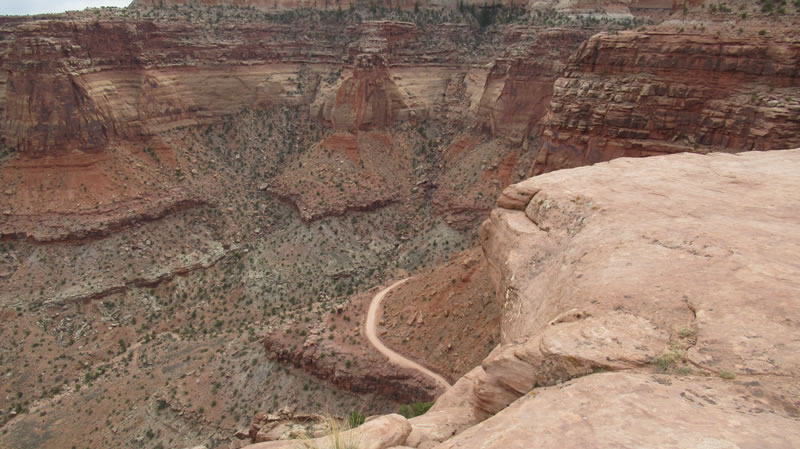 The trail was relatively easy and barely received the Sandi Seal of Approval. We followed the route to Horsethief Campground where we stopped for lunch. Moving on, our group had a very organized Chinese Fire Drill to have a National Parks Pass holder riding in each vehicle to enter Canyonlands National Park.

Shortly after we entered the park, we turned off onto Shafer Canyon Road to Potash Road. This is definitely a must do trail and can be driven in any vehicle with a little ground clearance. Along the way, we passed Thelma & Louise Point. The views from the road were magnificent and even Sandi had to admit that this was one of the best off road trail rides she had ever been on.

We aired up just past Potash and headed back to town where several of us gathered for dinner at the Moab Diner. Wednesday is a free day. Several are talking about driving Hell’s Revenge, but Sandi and I will be doing the tourist thing in town before taking a nap so we can stay awake for the club Pot-Luck later in the evening.