It was the first time since Sandi and I have been members of the Pahrump Valley 4 Wheelers that almost all the vehicles were 4 door Jeeps. At 7:00 AM, 6 Wranglers pulled out of the Smith’s parking lot heading North on Highway 160. Following our JKU was Brian in his JLU, Jeremy & Deanna in their JKU, Woody & Janine own a JKU, Gary & Sherrie drive a JKU and Ed was batting clean-up in his new (to him) 2 door JK. 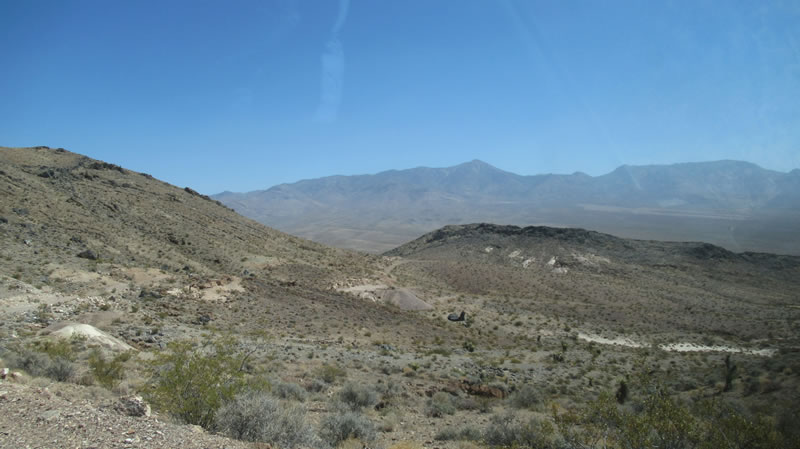 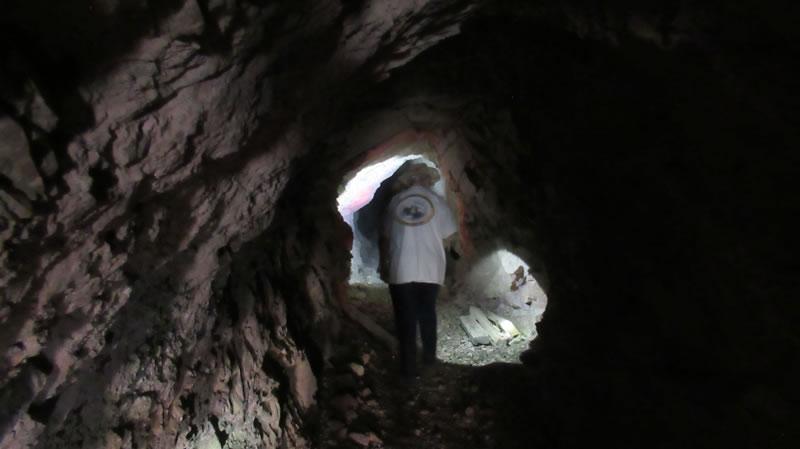 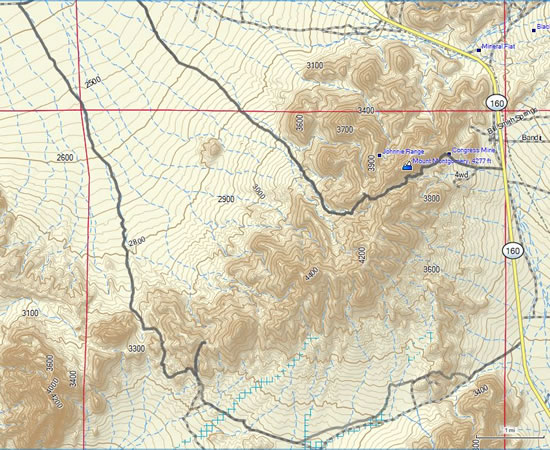 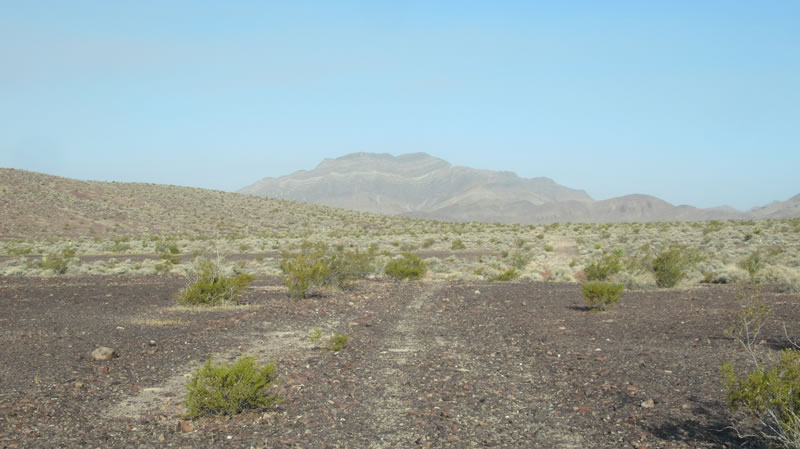 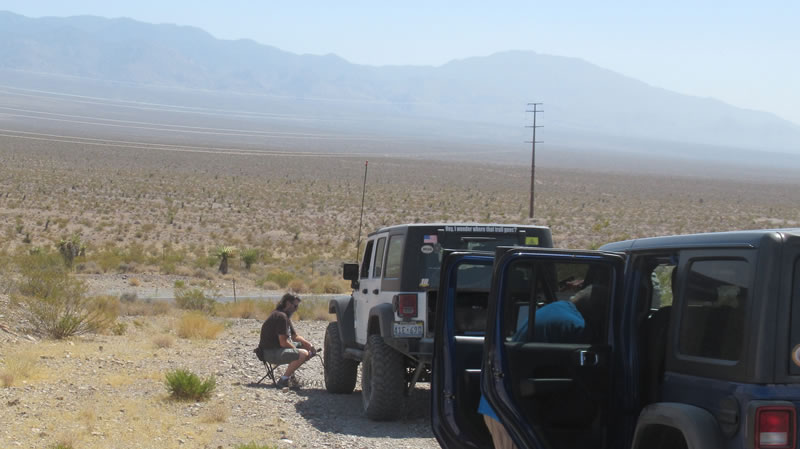 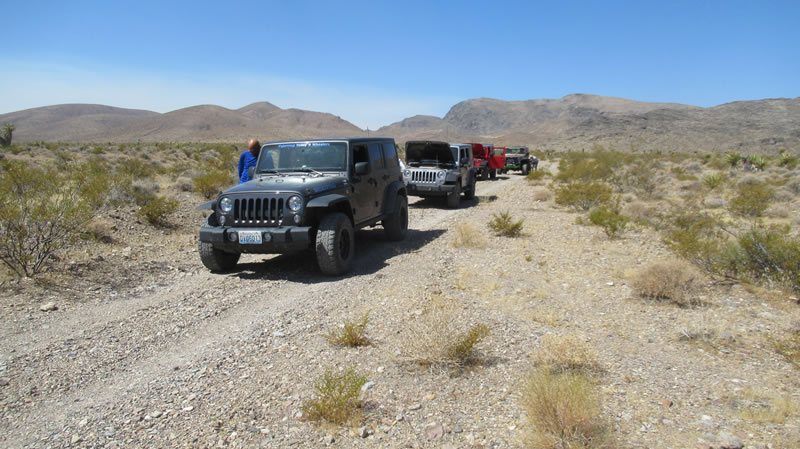 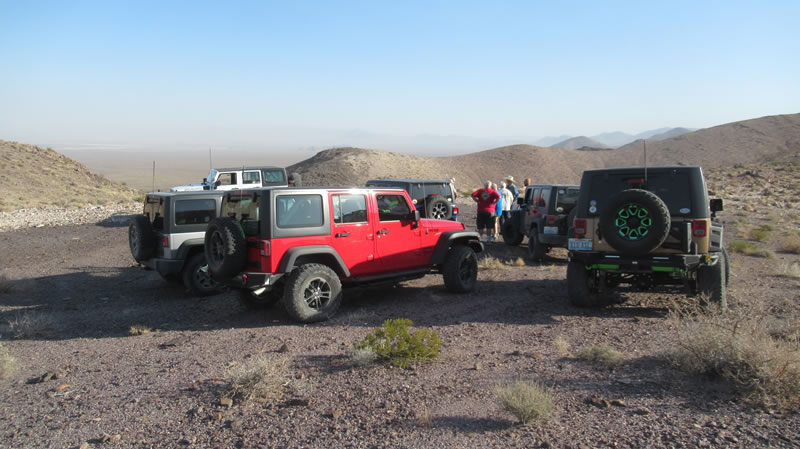 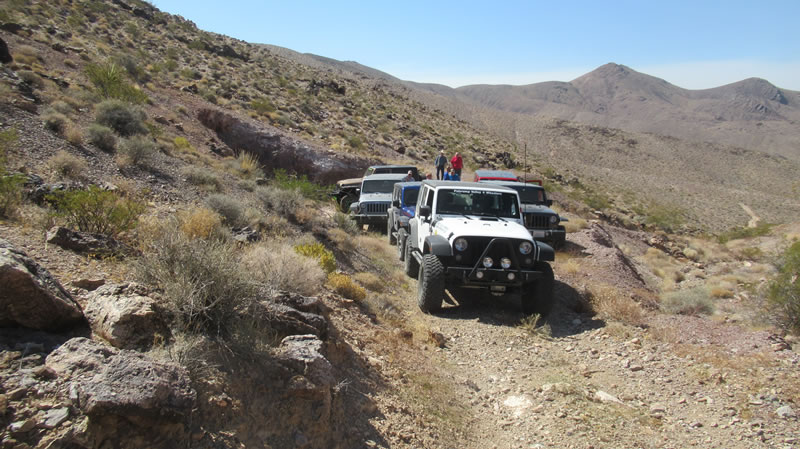 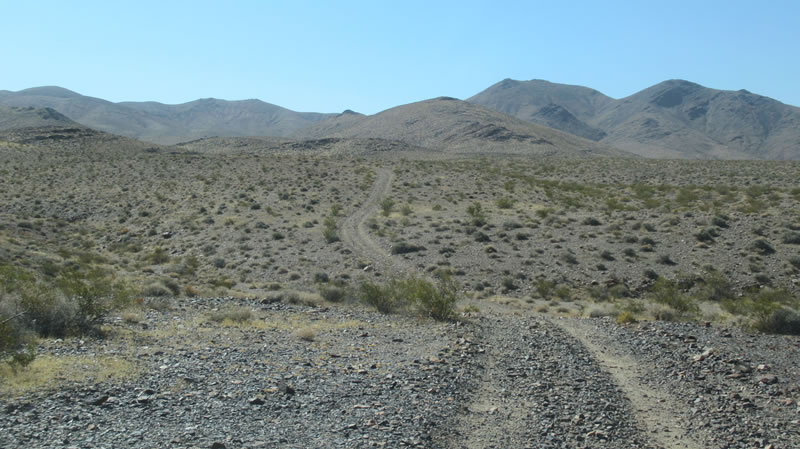 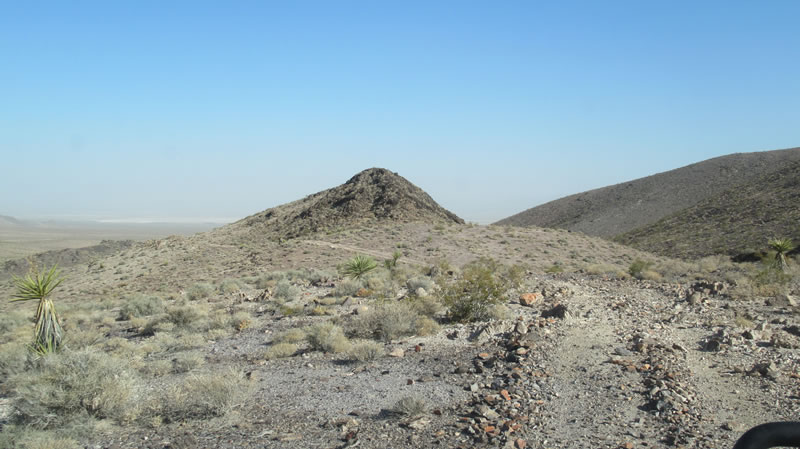 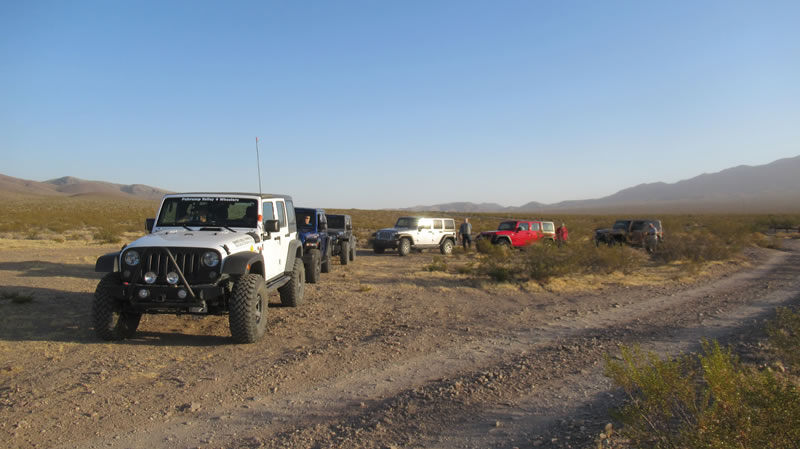 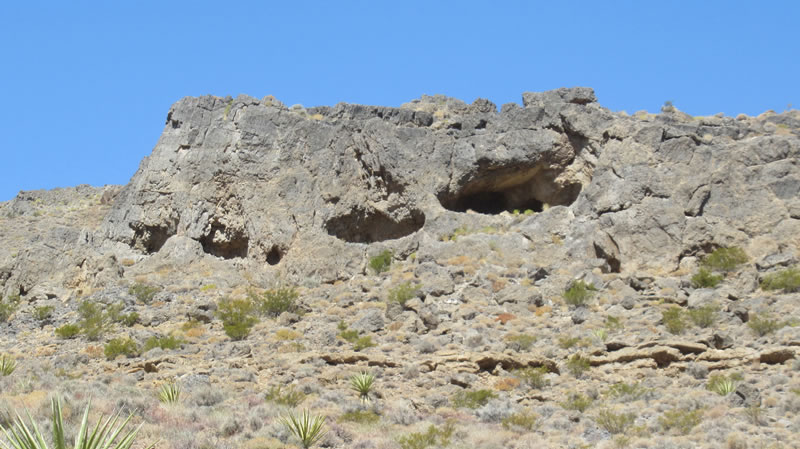 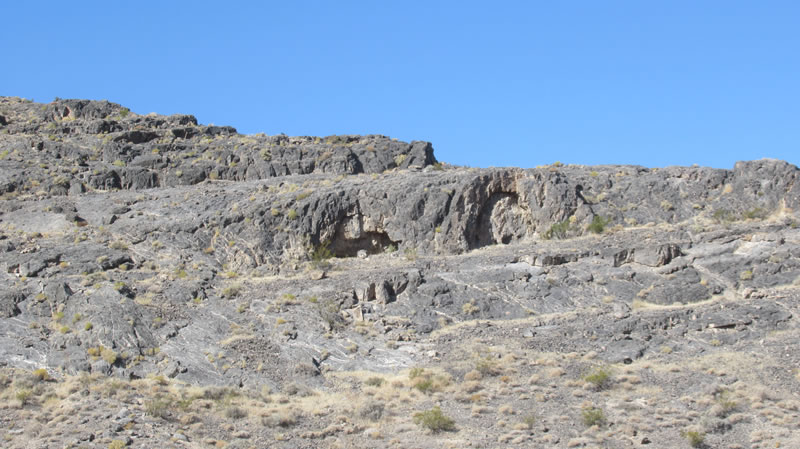 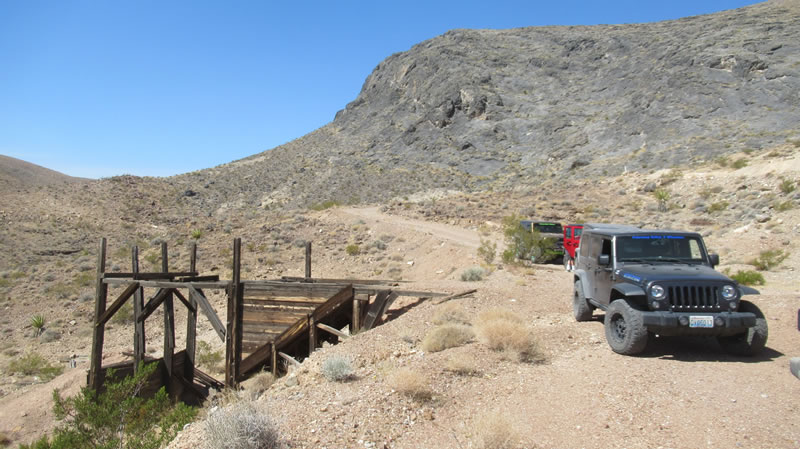 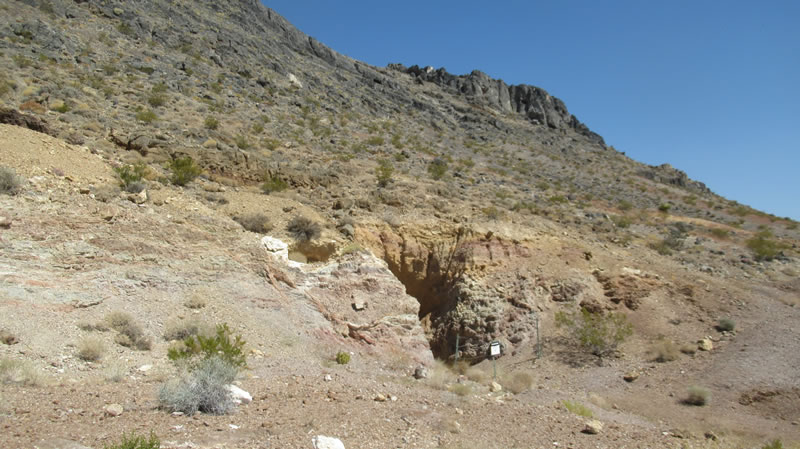 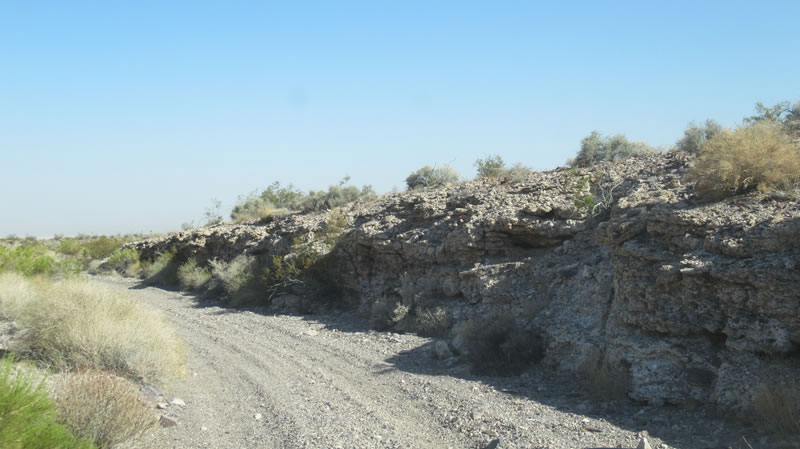 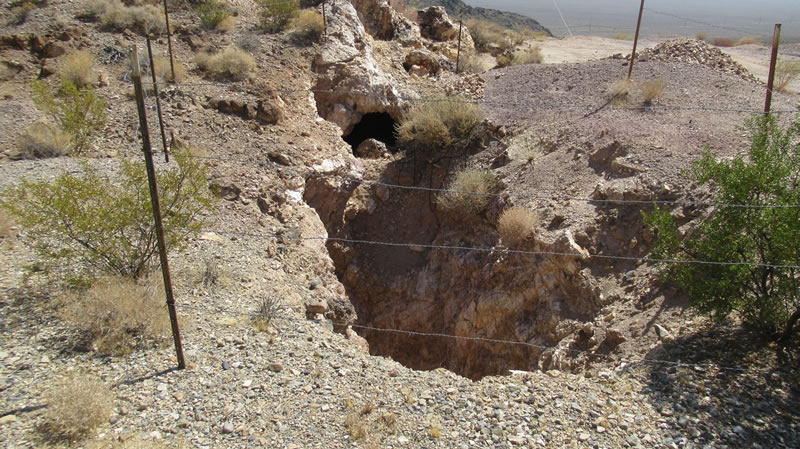 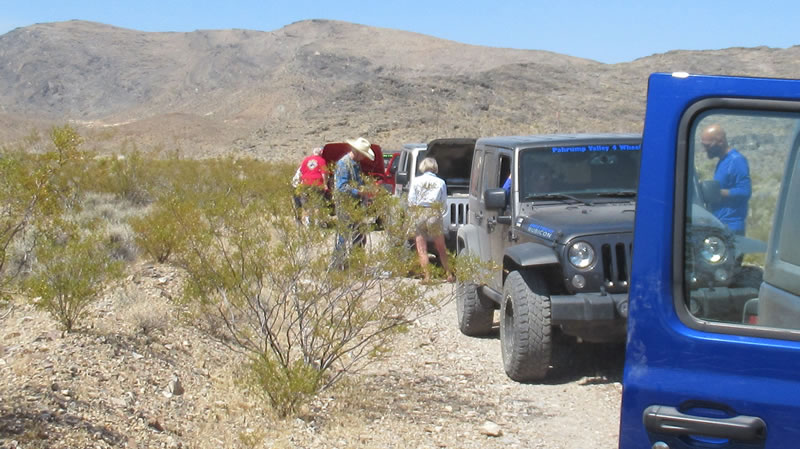 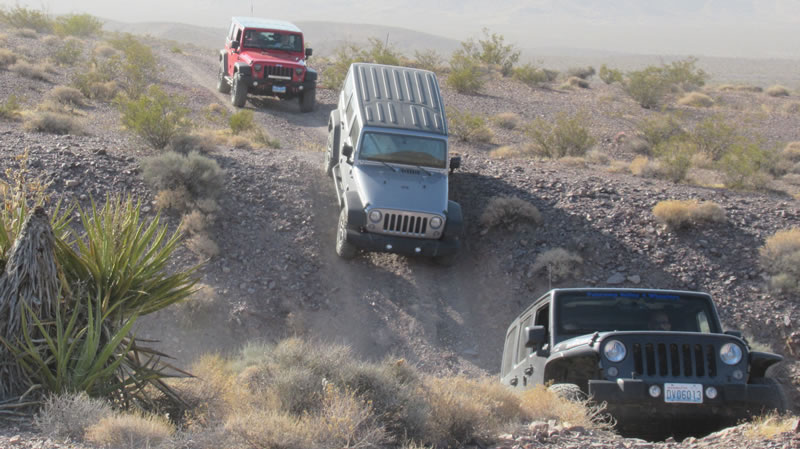 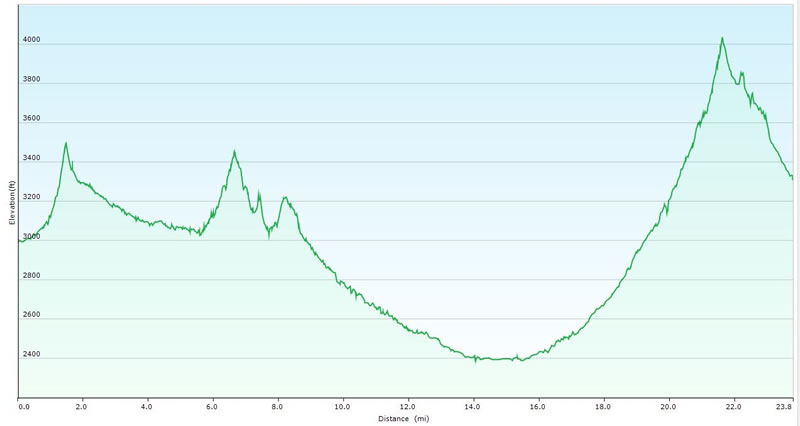 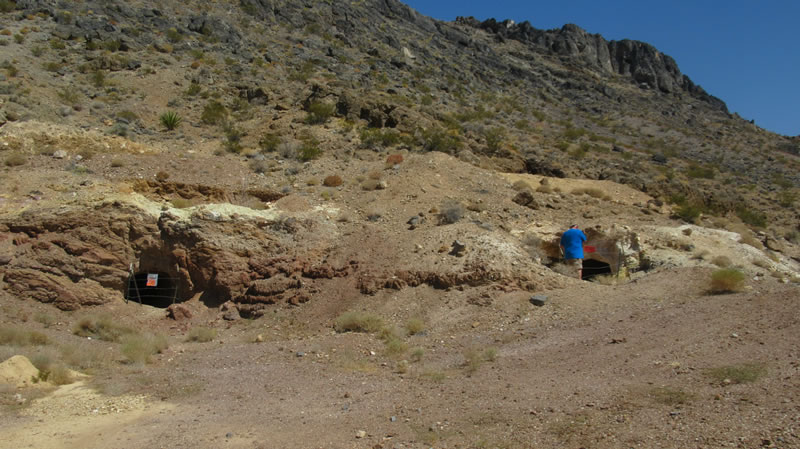 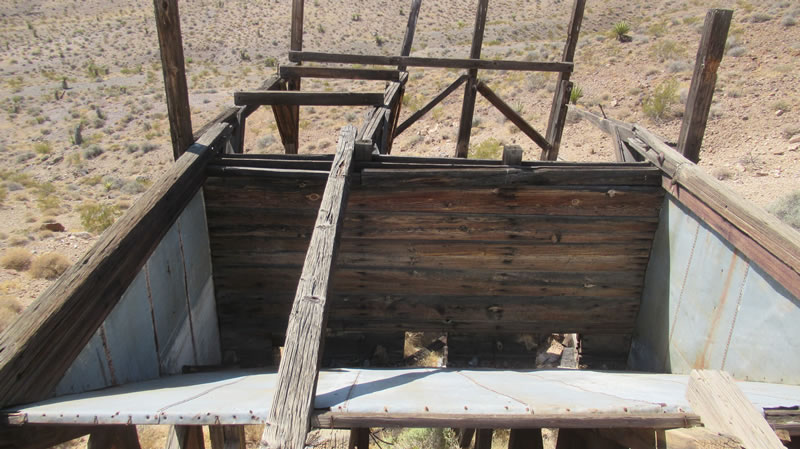 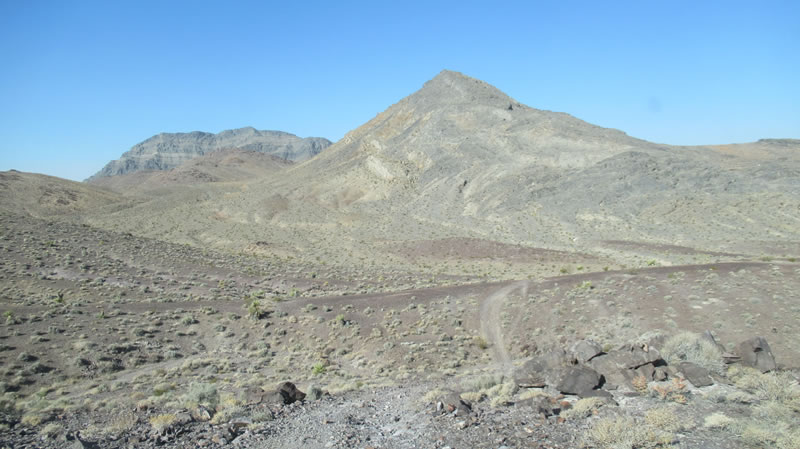 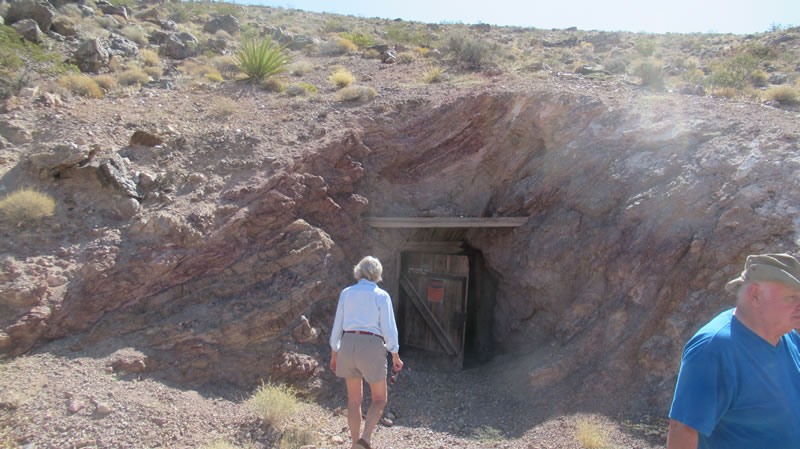 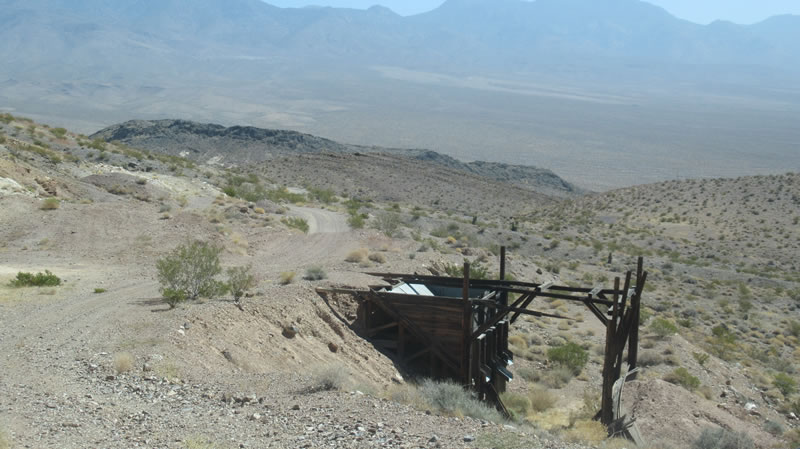 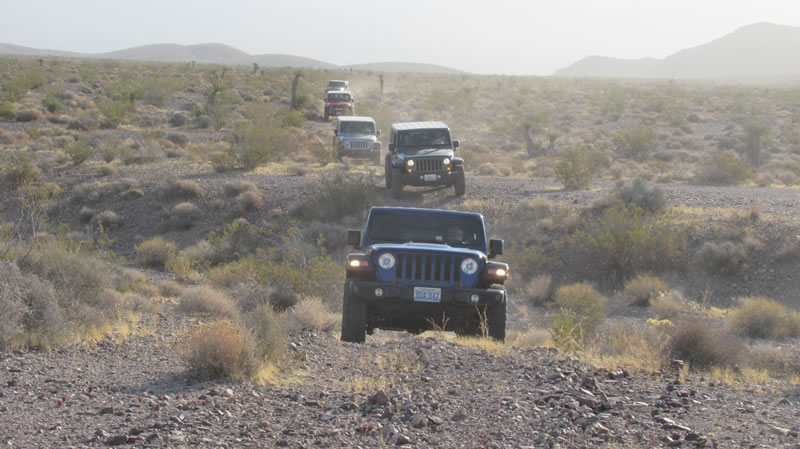 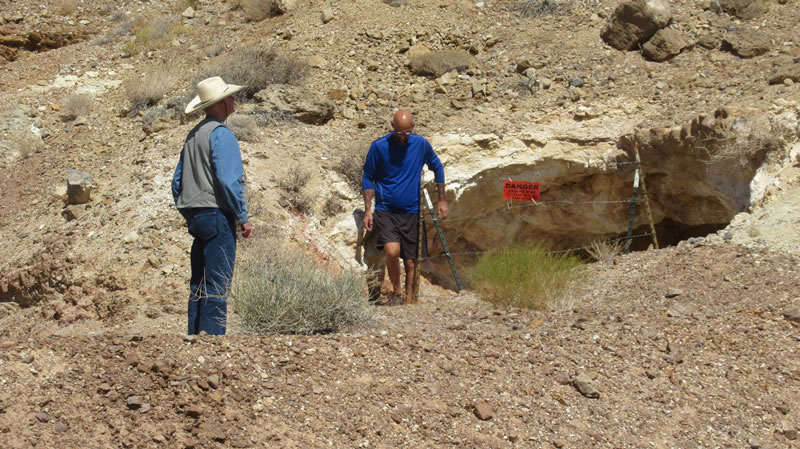 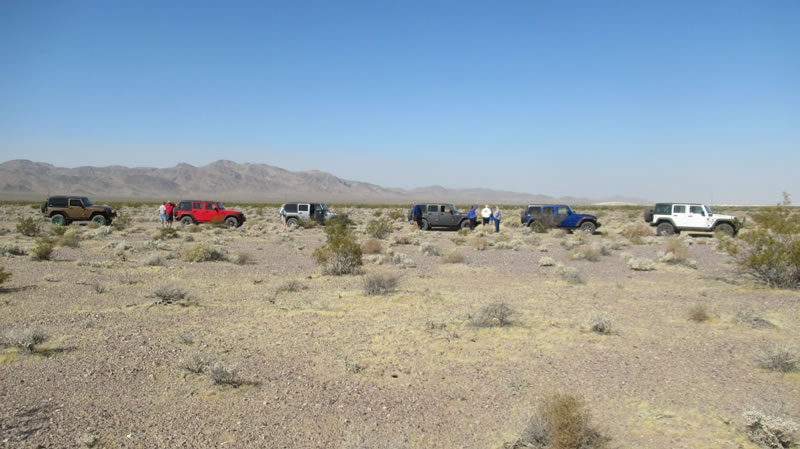 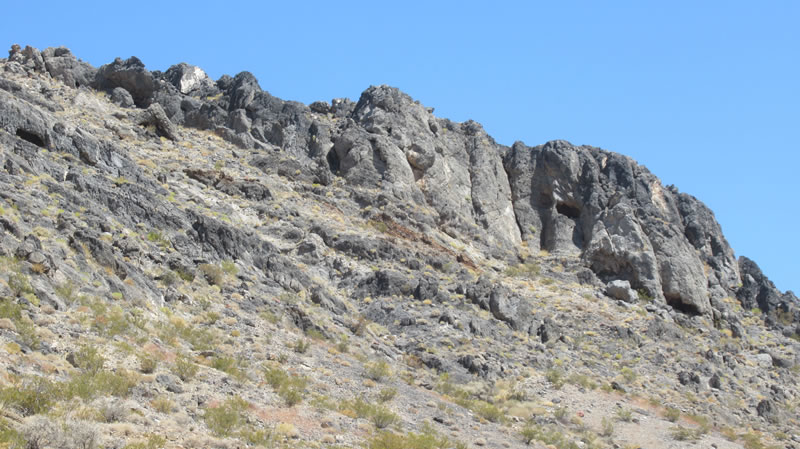 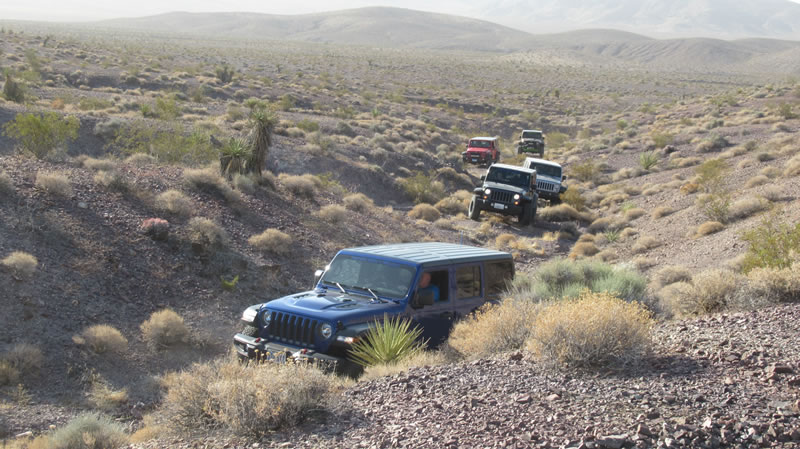 Leaving the highway a mile or two out of town, we aired down and headed West on Last Chance Canyon Road. After a short distance, our half dozen Jeeps turned off Last Chance and took a circuitous route to what is normally a nice Panoramic view, but after last night’s wind storm, there was still quite a bit of dust in the air.

Continuing on, we selected a series of trails that eventually brought our group North out of the Johnny Range into the Amargosa Valley, a couple miles Southwest of Crystal. Once we reached Crystal Road, the sextet of Wranglers turned Northeast and continued on until we altered course to the Southeast on the trail that heads towards 4268′ Mount Montgomery, Congress Mine and the settlement of Johnny. That trail passes a number of abandoned mines and tailing piles so we stopped at several to do some exploring.

It was a nice Sunday Drive Through the Johnny Range. We aired back up at the 160 and were on the highway headed back towards town at just before Noon, giving everyone the impression that I know how to accurately estimate the amount of time that it will take to do a club run. Several of the participants went to Johnny’s Mexican Restaurant for a Sunday brunch, but Sandi and I were in a hurry to get home to watch the last 3 quarters of the NASCAR Cup race from Indianapolis.