Pahrump to Austin, Round Trip

The plan was to leave the house between 4:00 and 4:30 in order to catch some of the Perseid Meteor Shower as we drove North. That didn’t happen. When Mother Nature’s fireworks display had been over for at least an hour, we were finally on the road. Oh well, maybe we can leave on time Wednesday morning(?). 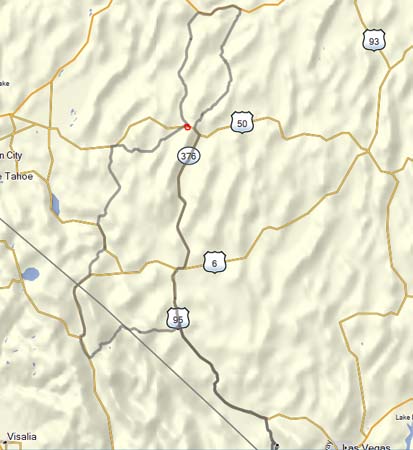 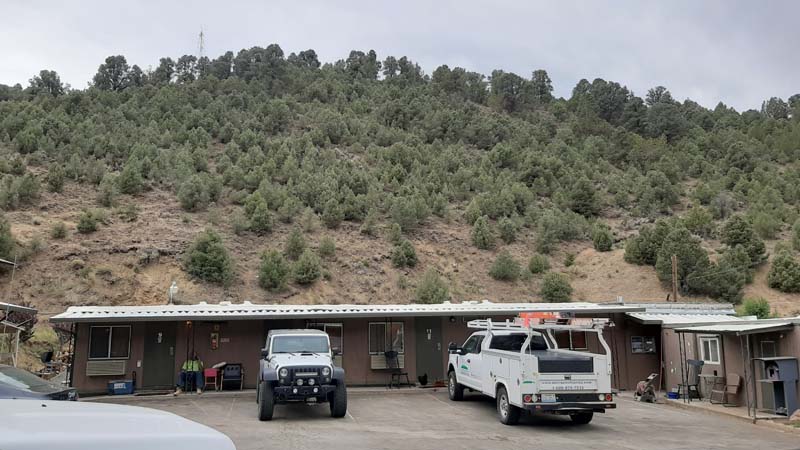 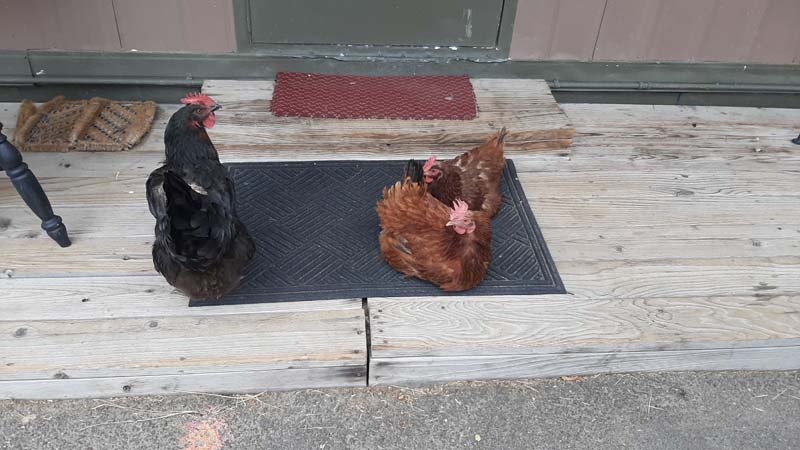 Traveling North on the 95, we stopped off at Death Valley Nut & Candy in Beatty to top off our tank then continued in the general direction of Polaris. After few gallons of gas and a bathroom break in Tonopah, we headed East on the 6 for a few miles to the 376 North, passing through Round Mountain. Due to the custom tune on our Jeep Wrangler’s 3.6L Pentastar V6 that bumps the horsepower up to about 315, we have just under a 300 mile range without carrying extra fuel. This necessitated a stop in Carvers for a splash of gas to avoid going into Austin for more fuel.

Just North of Kingston, we turned left onto the 50 and took that to Grass Valley Road where we headed in a Northerly direction. After passing Ormat McGinness Hills Geothermal Plant, Callahan Hot Springs, Unr Gund Ranch and the vast Cortez Gold Mine complex, we came to the 306 and continued North through Crescent Valley and Beowawe.

When we reached the 80 freeway, we followed the frontage road to Battle Mountain for another tank of gas and potty break. After that respite, the 305 South took us through Copper Basin and the Valley of the Moon to Austin where we had a room at the Cozy Mountain Motel.  Sandi stayed up late watching horror movies on HBO so our departure was delayed again on Wednesday morning.

It was after 6:00 and a half dozen cups of coffee by the time we were on the road. Once we had driven the 50 West for a few miles, we got off onto the scenic highway 722 just past the cemetery. After rejoining the 50 for a short distance, we headed South on the 361 at Middle Gate, just past the Shoe Tree. The 361 goes through Gabbs and took us to the 95 South at Luning. We only drove the 95 for about 16 miles, passing through Mina on our way to the 360 South. They had recently completed some road work, but we didn’t notice any signs of earthquake damage in that section. It might have been West of Luning, East of Hawthorne or they’ve done an excellent repair.

As we rode on the 360 South, we could see Boundary Peak, the highest point in Nevada rising to 13,140′. Turning right at the 6, it wasn’t very far to the US border (CA state line). The California Border Protection officer asked us where we were coming from and we said “Austin Nevada”. Then he gave us a funny look when we replied “Pahrump Nevada” to his question “where are you heading?”

When the we passed through Benton and it looked like the gas pumps at a couple of places might have been operating, but we had enough fuel to make it to Big Pine. At Bishop, we got on the 395 and drove South to Big Pine where we topped off for the final segment of our trip. The 158 East passes through the Ancient Bristle Cone Pine Forest and Deep Springs before taking us to the 266 at Oasis CA. We drove the 266 East through Lida to the 95 where we turned right and traveled towards Beatty. There was no need to stop in the Gateway to Death Valley, so we continued on to Pahrump, arriving home at about 2:30.

It was a nice short break from staying home, sitting on the couch and Social Distancing. There wasn’t a lot of wildlife out, but we did see horses, burros, antelope and mule deer as well as hawks and other raptors. On Friday, the BITD Vegas to Reno off road race will be crossing several of the paved roads we followed.