After topping off with coffee and gasoline at the Maverick at Homestead and the 160, 4 of us began our 7:00 AM start to a busy day of trail running. We headed East on Winery, connected with Gravel Pit Road and proceeded Northeast. It wasn’t long before some horses were sighted grazing a few hundred yards off the road. We explored some trails along the bluff Southeast of Wheeler Wash then dropped down into the wash to check out a couple box canyons. 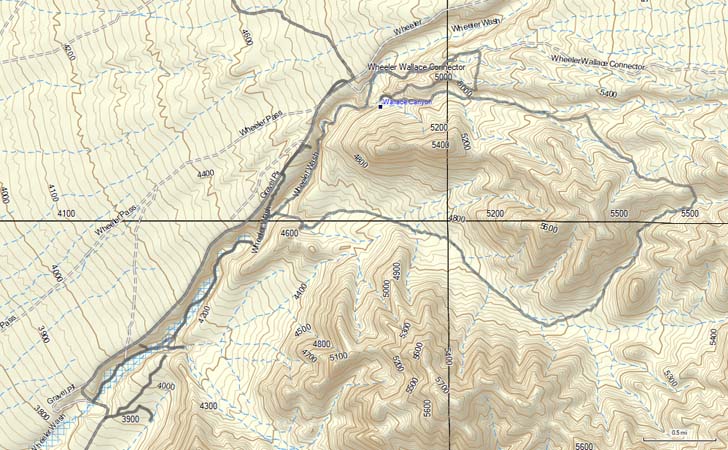 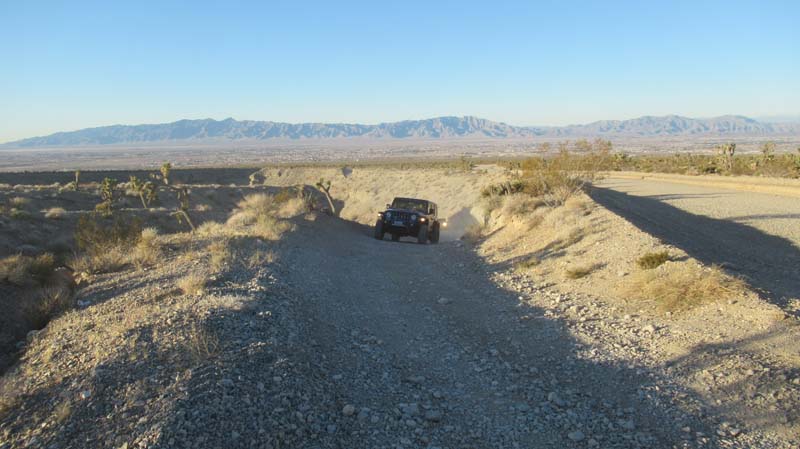 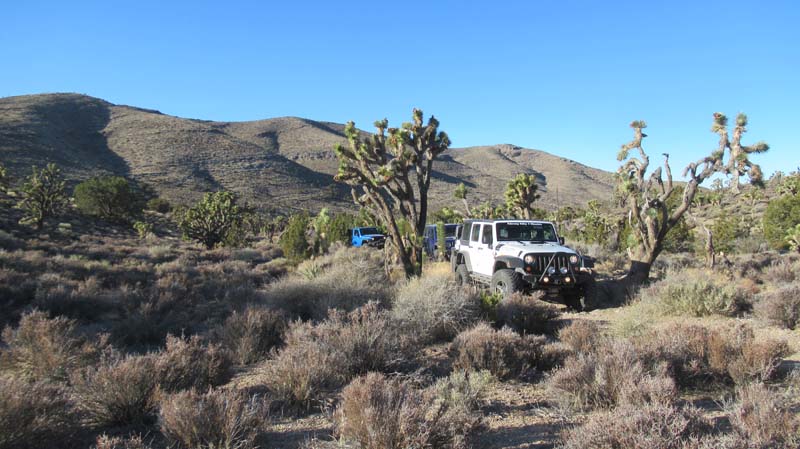 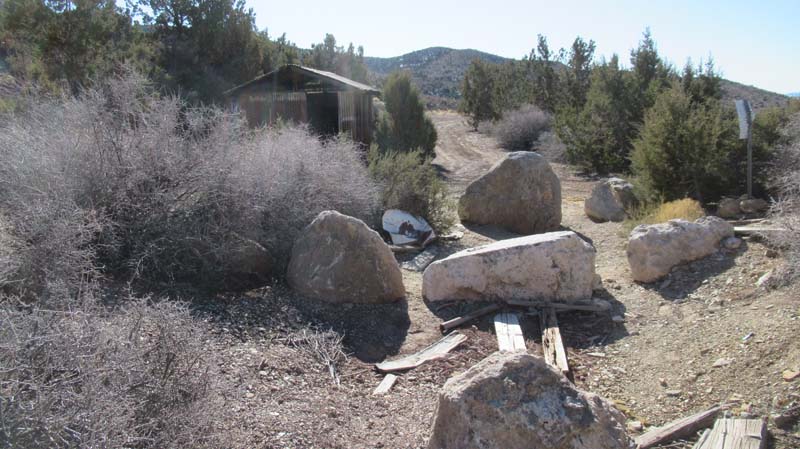 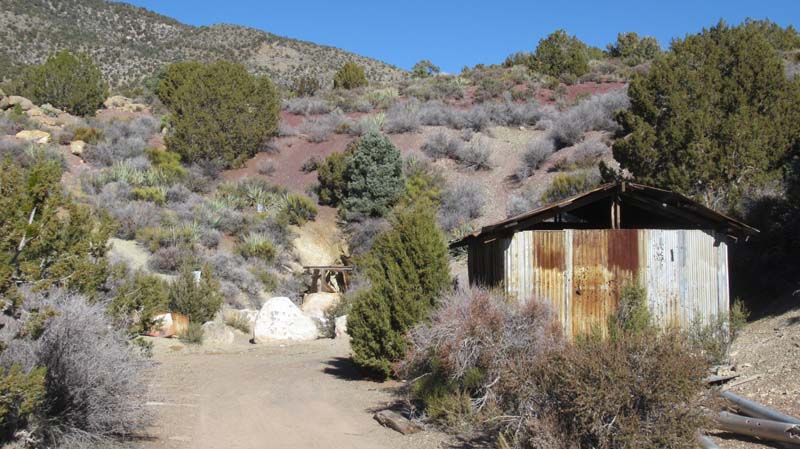 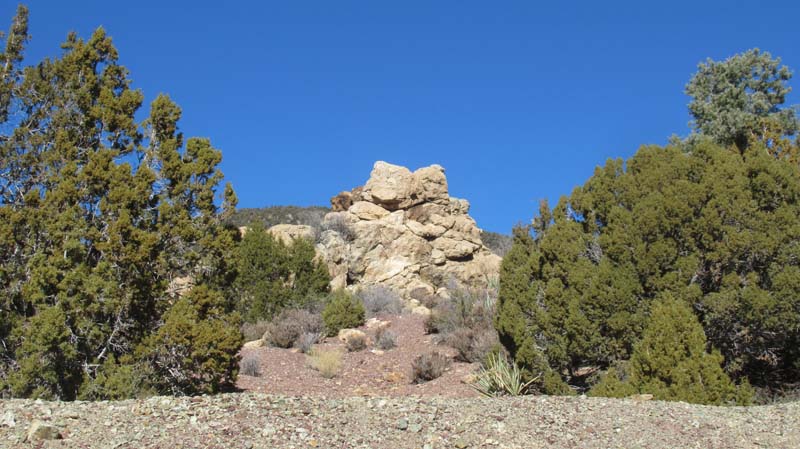 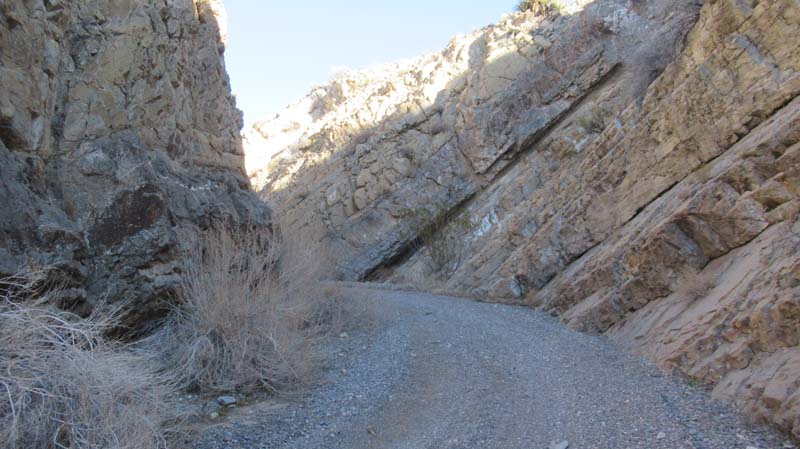 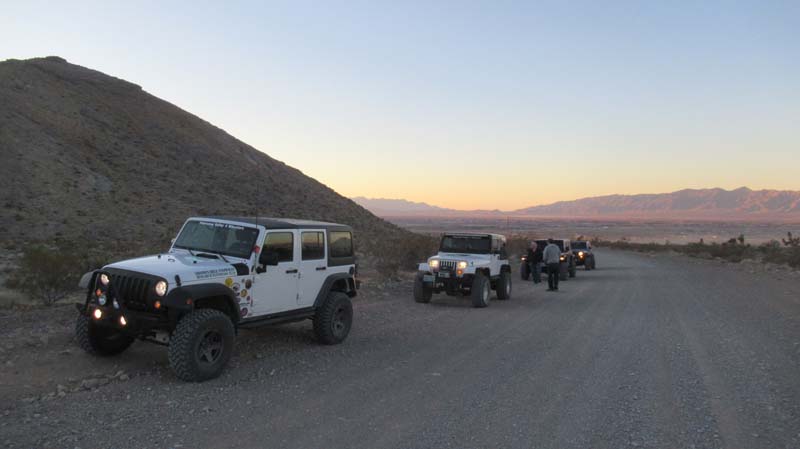 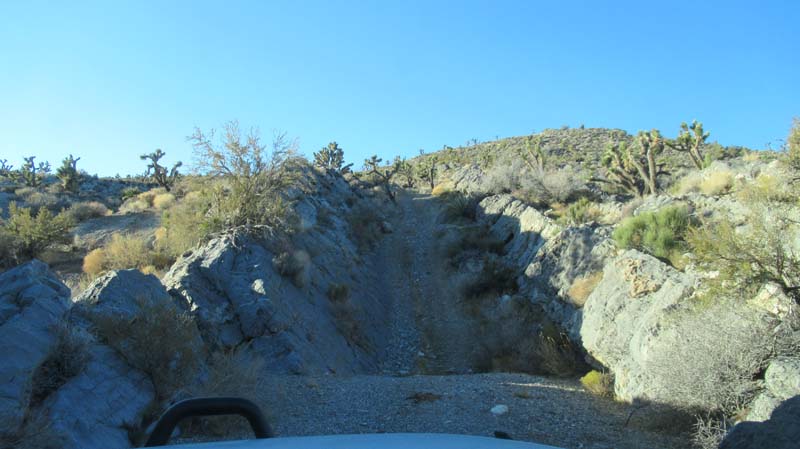 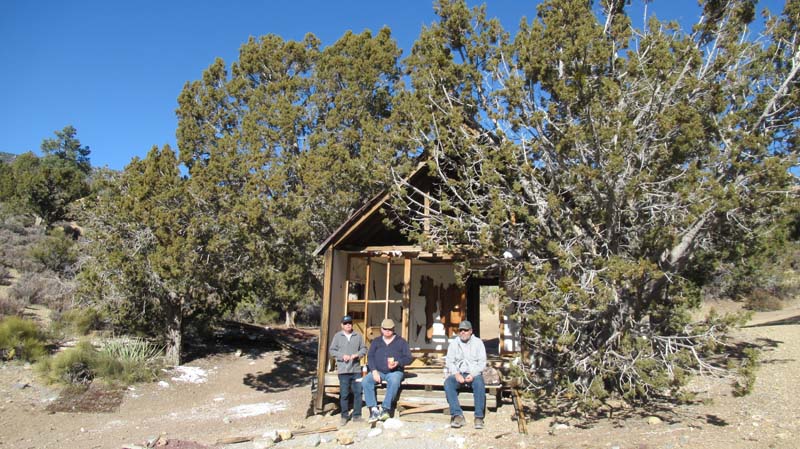 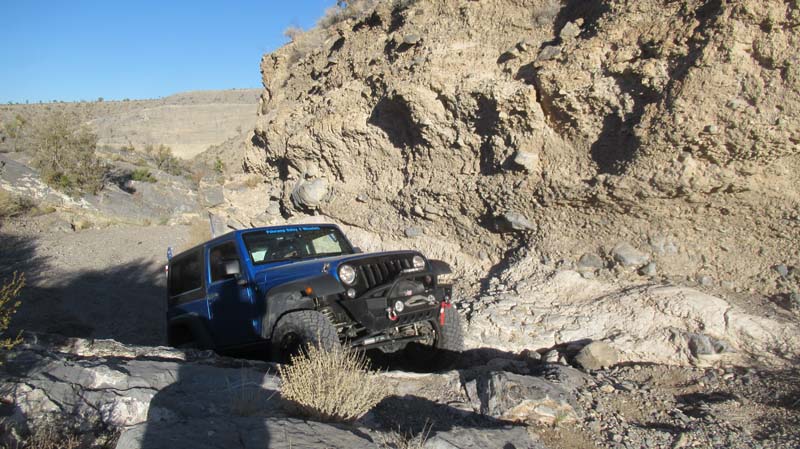 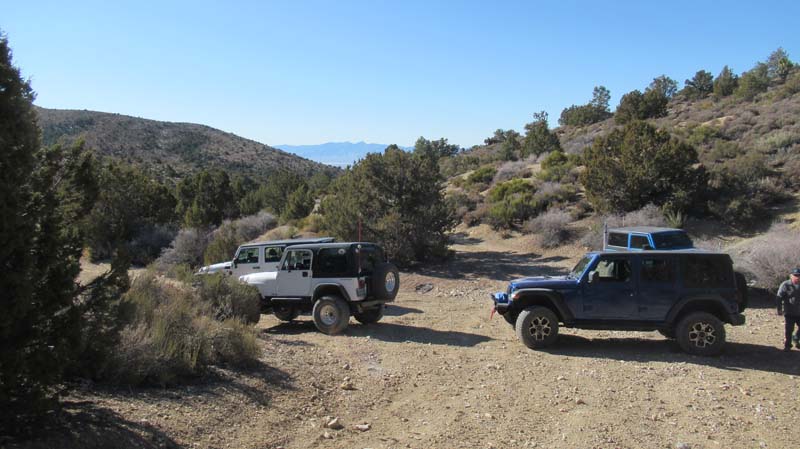 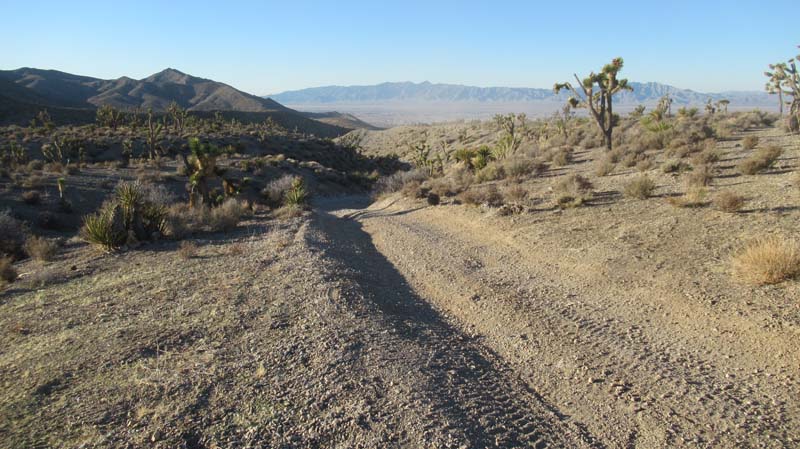 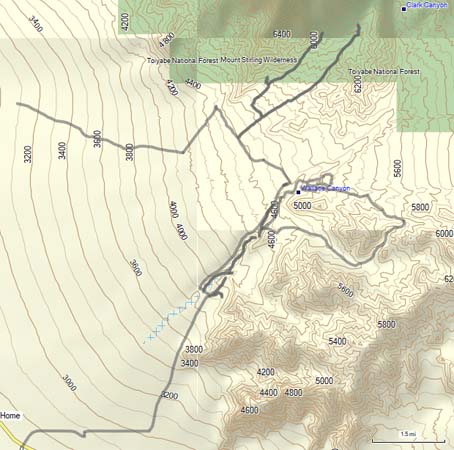 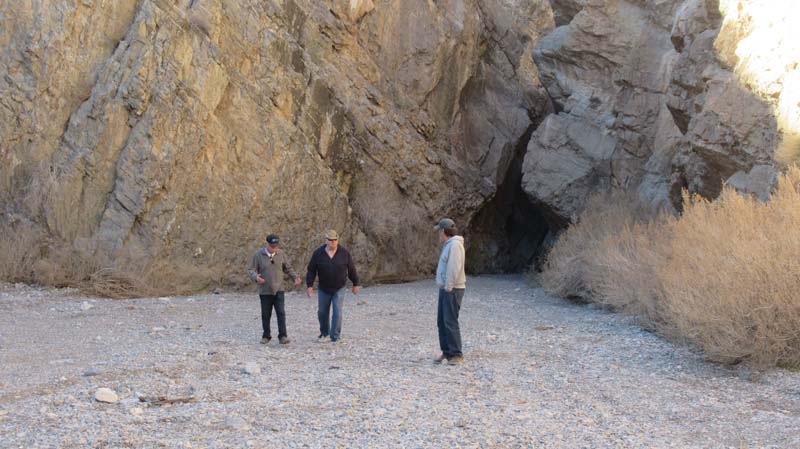 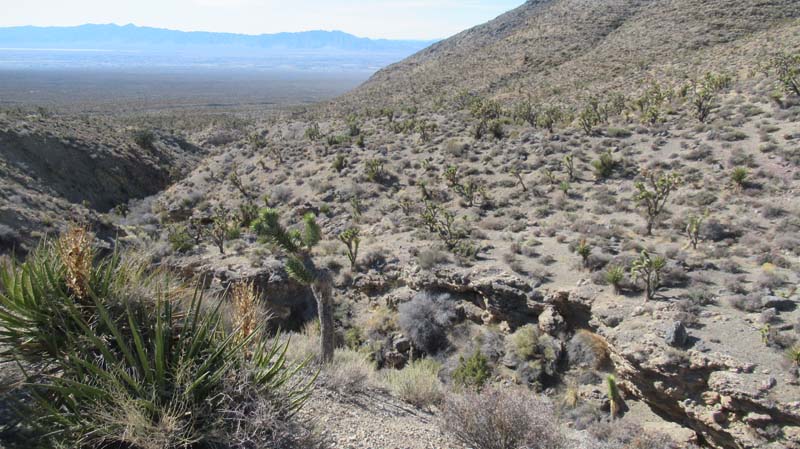 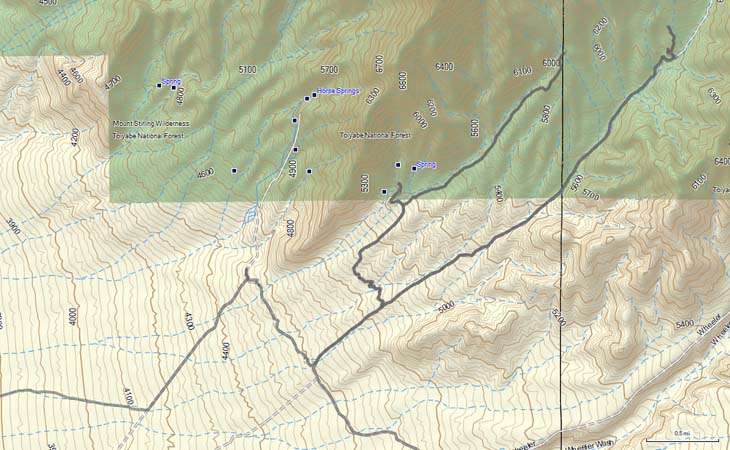 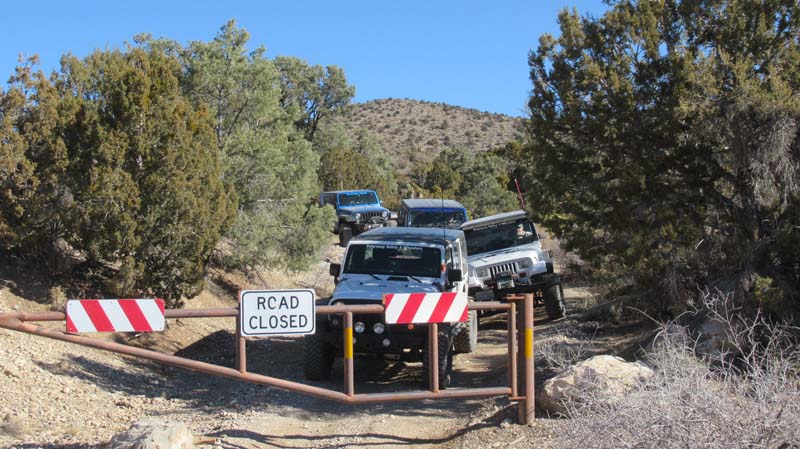 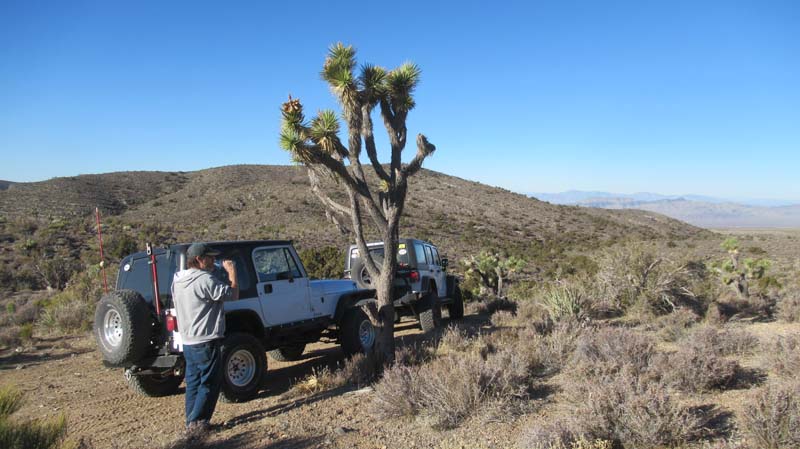 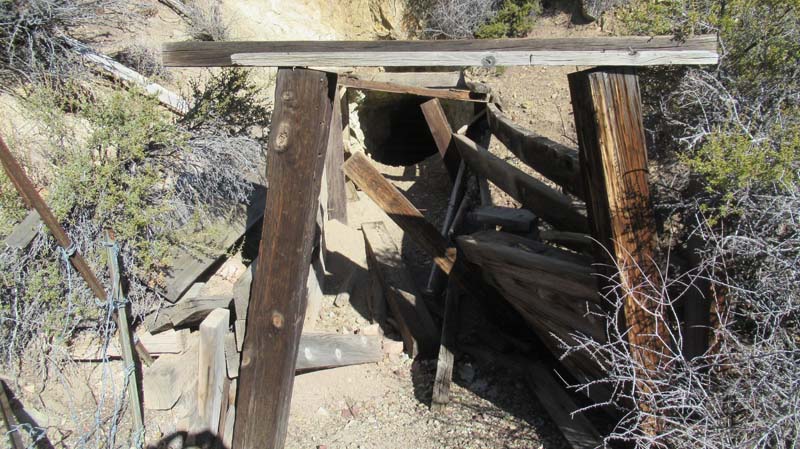 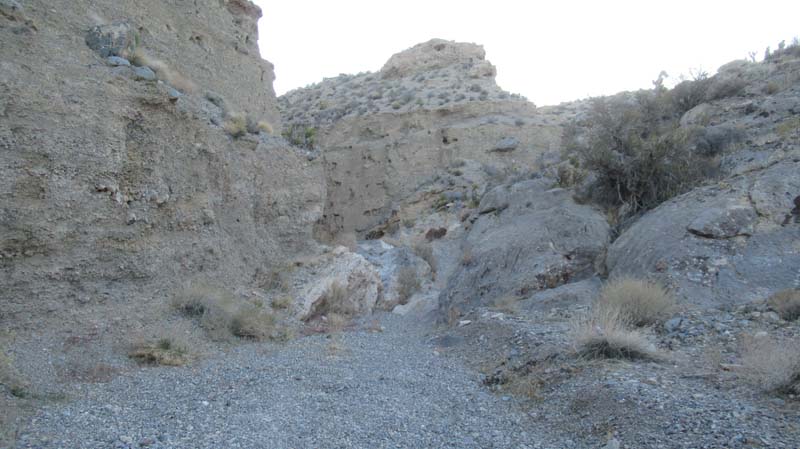 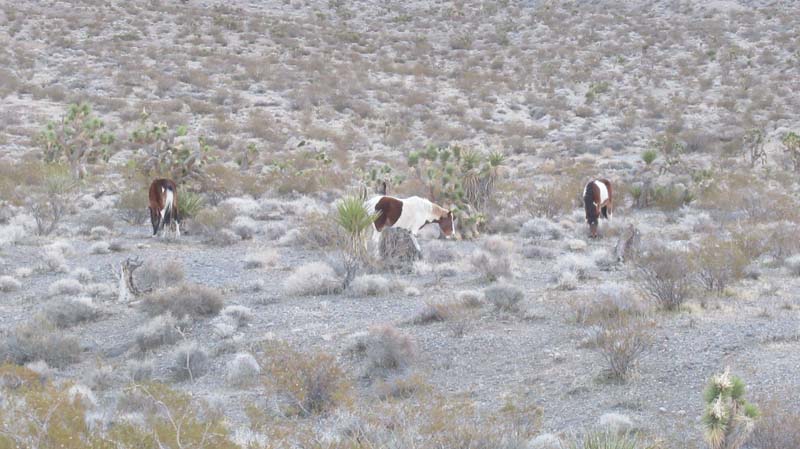 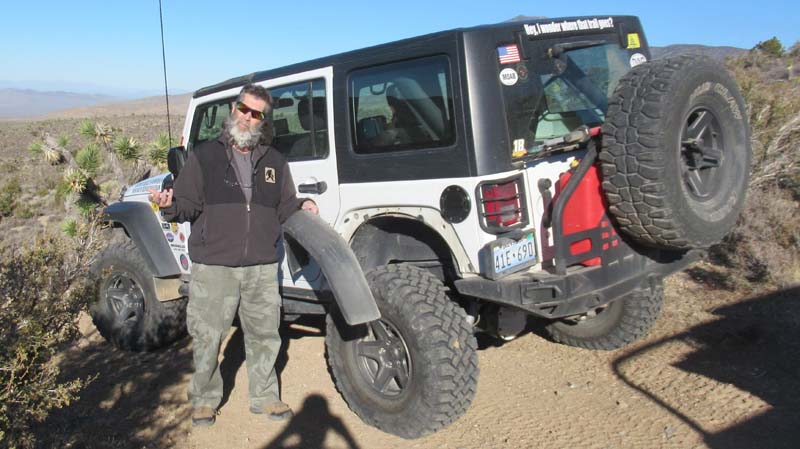 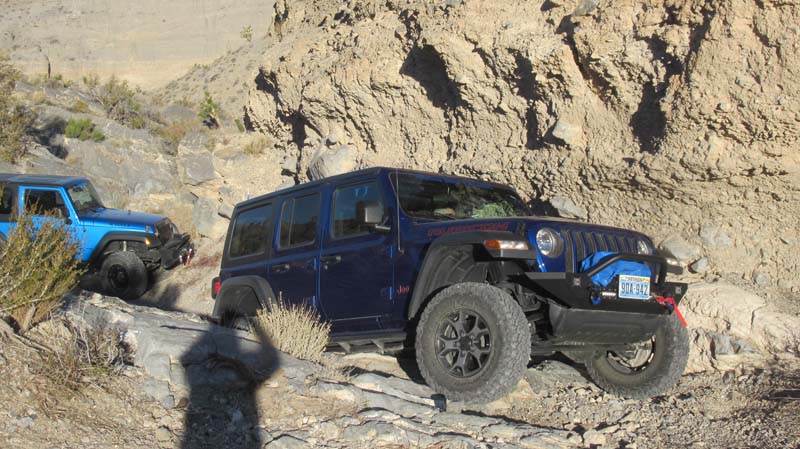 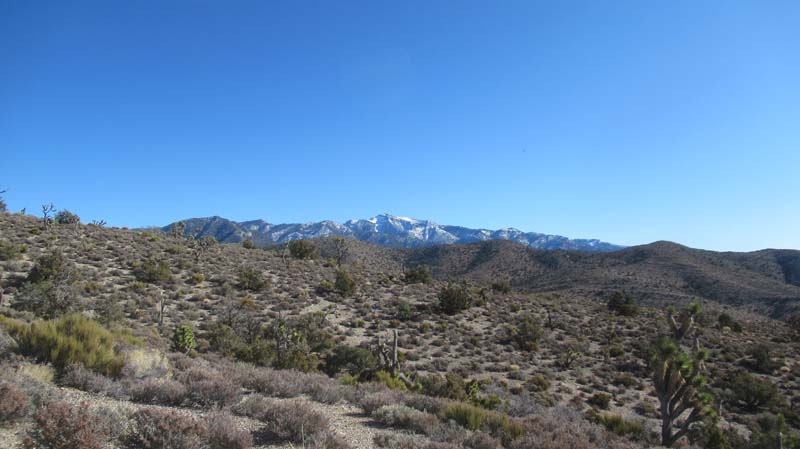 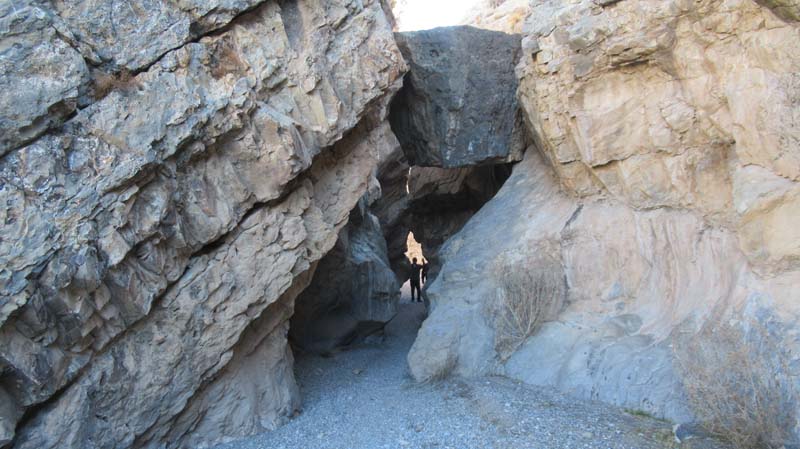 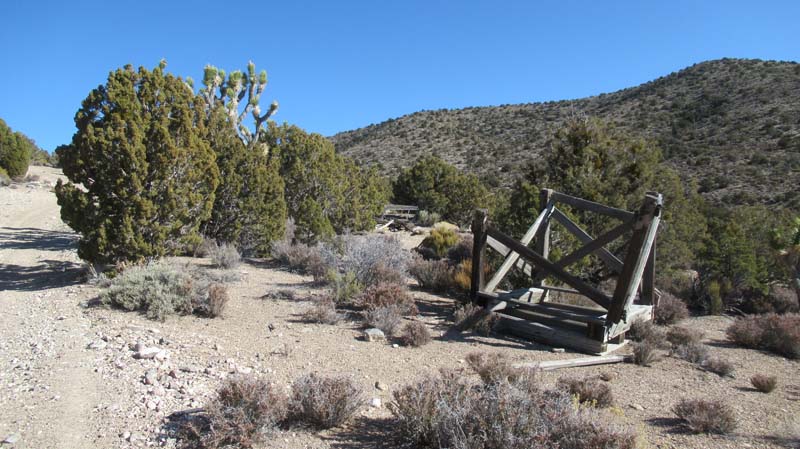 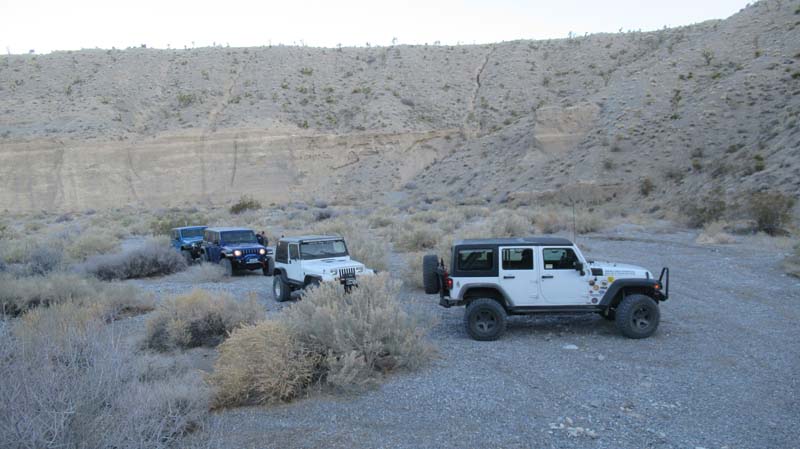 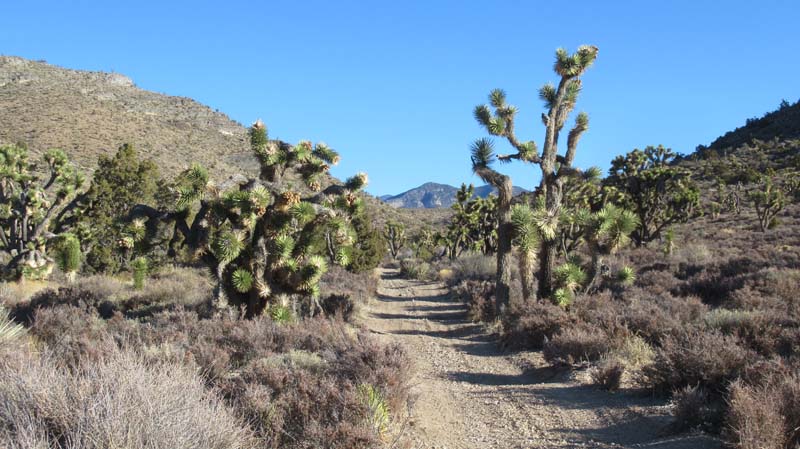 Once again on Gravel Pit Road, Jim, Brian, Vic and I traveled Northeast to a spot above the box canyons that allowed us to drop back into Wheeler Wash and resume our expedition. We soon found ourselves facing some challenging rock obstacles to overcome, but we were up to the task and were shortly making good progress along what could conceivably be called a trail. A trail for burros or maybe side-by-sides, but pretty narrow for Jeeps. Eventually, I gave up stopping to fold the passenger mirror back out, it just took too long.

When we reached the completion of that loop, we continued examining the various dead end canyons in the vicinity before climbing out of the wash to make progress towards Horse Spring. We took Hemlock Road up to the mine near the end of the trail and stopped for an early lunch. After descending, our group took another parallel trail to a great vantage point above Pahrump Valley.

We found an additional trail that led us to the edge of the wilderness where we encountered a guy in a Samurai that had parked up there to hunt Chukar, but was not having any luck. None of us had seen any game birds in our wanderings, so it’s not surprising. He claimed he had been watching us through his binoculars all day and our hunter was impressed with the amount of trails that we had covered since early that morning. While we were there, a pair of military jets saluted us with a flyover and I managed to snap a shot of one before they disappeared in the direction of China Lake NAS. Once we had dropped down to the powerline road, we called it a day and each started off in the direction of home.