We had a pretty good turnout of Jeeps despite the short notice for the run. Jeremy was riding with Brian, Jim was with us, and Mike & Patti were our tail gunner. From the 7:00 AM meeting at the Horizon Market, we drove North to Last Chance Canyon and began our tour of the valley surrounded by the Last Chance Range. 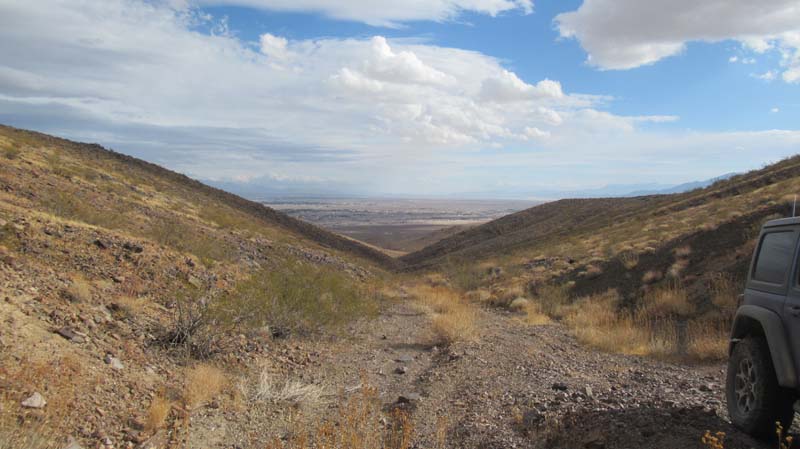 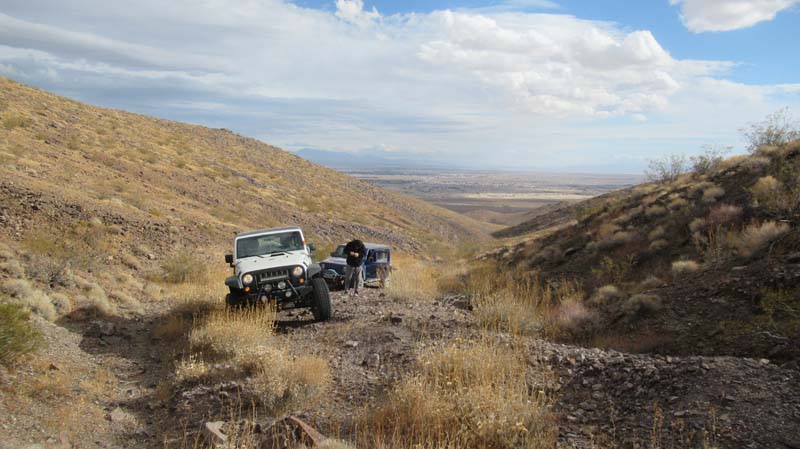 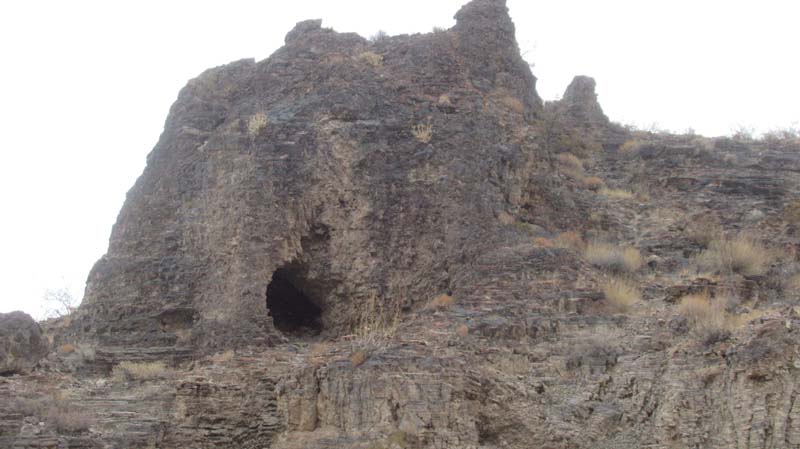 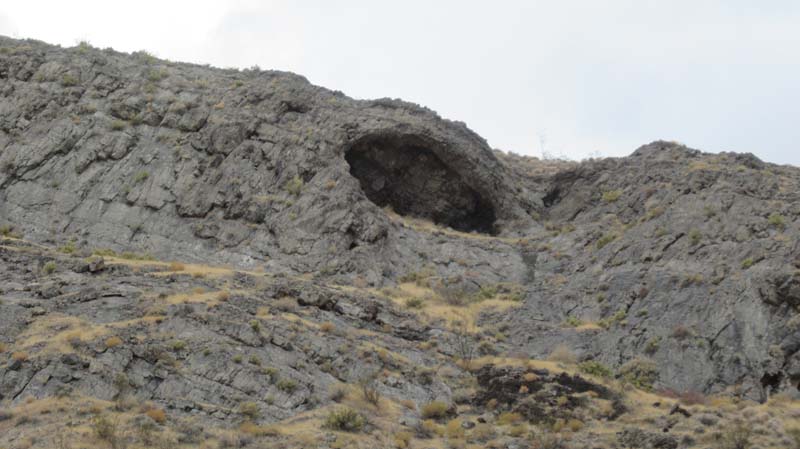 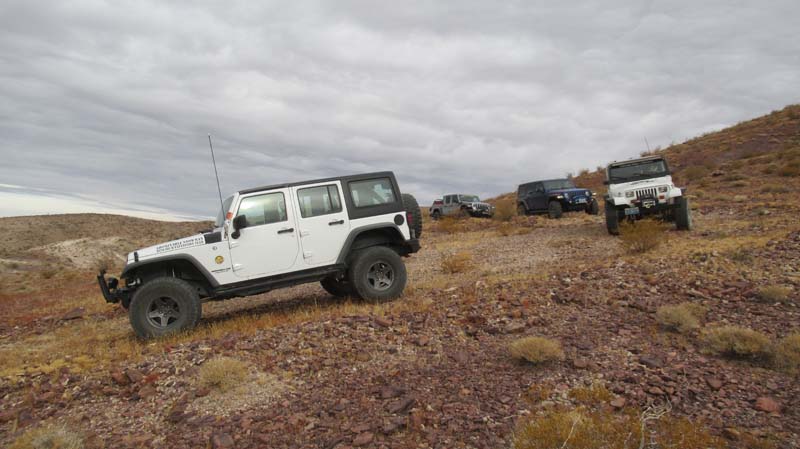 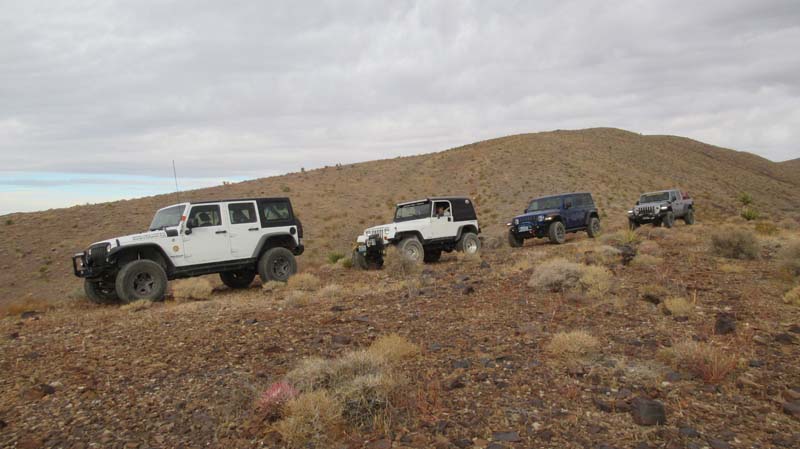 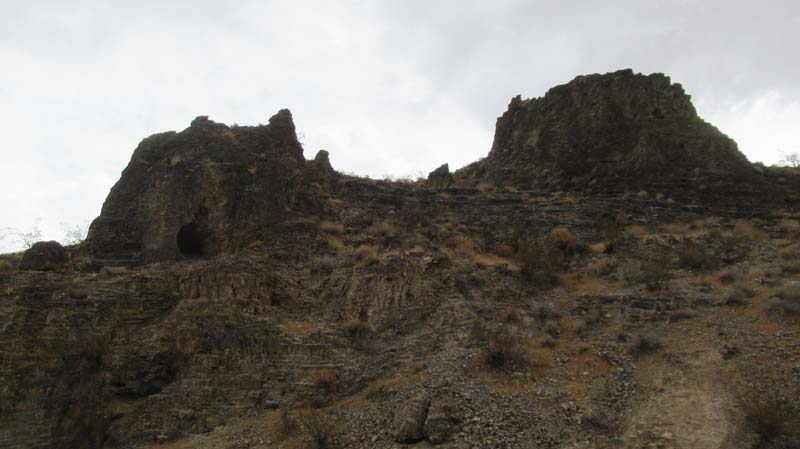 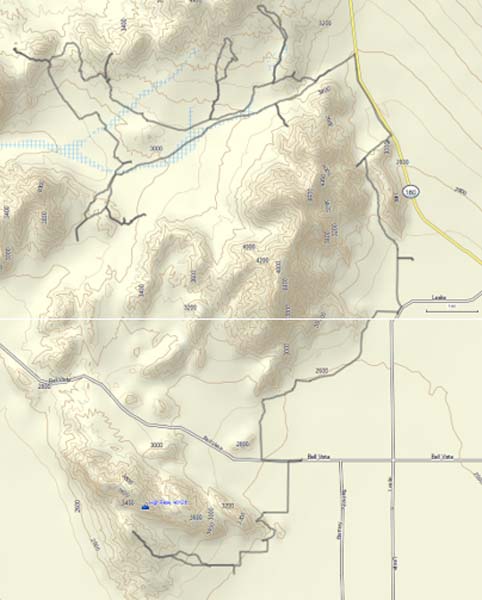 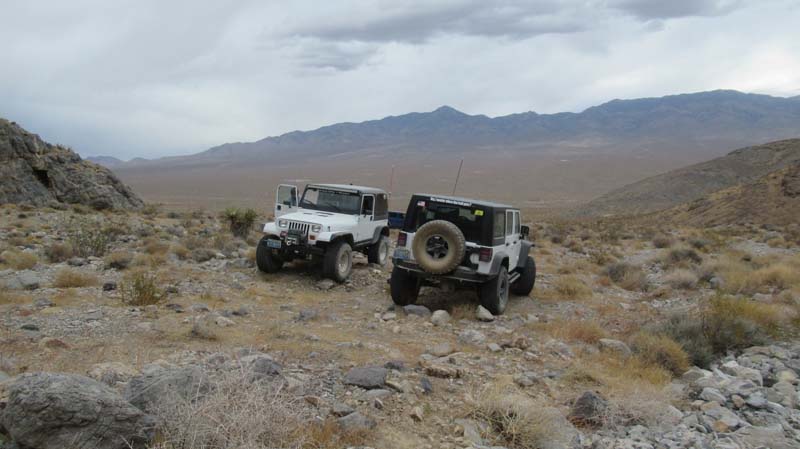 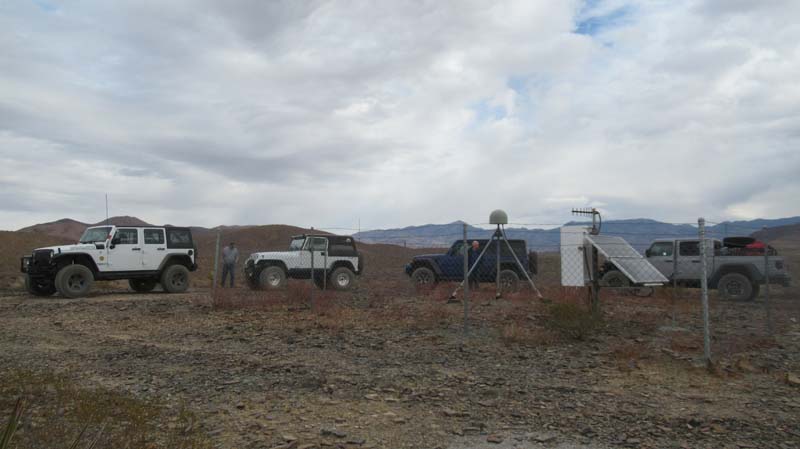 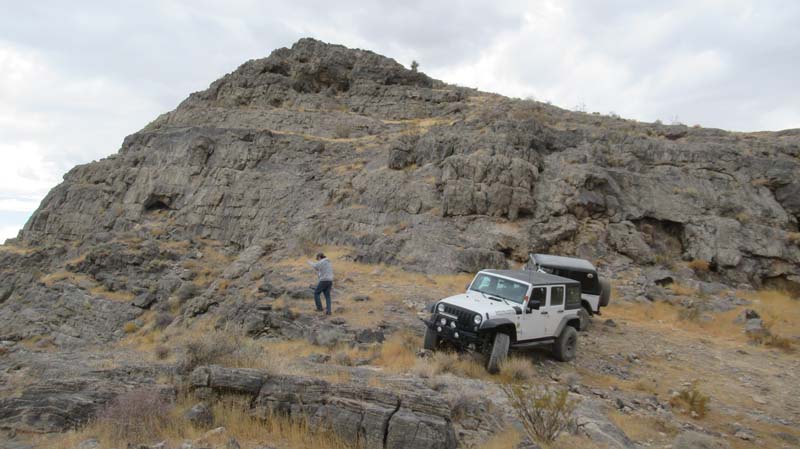 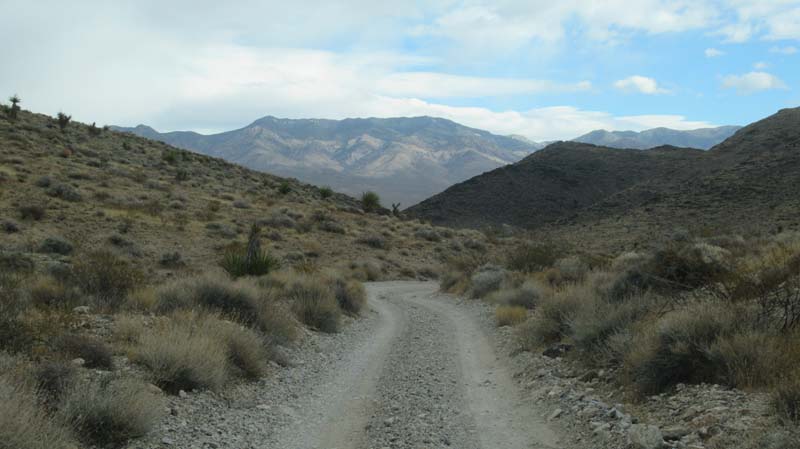 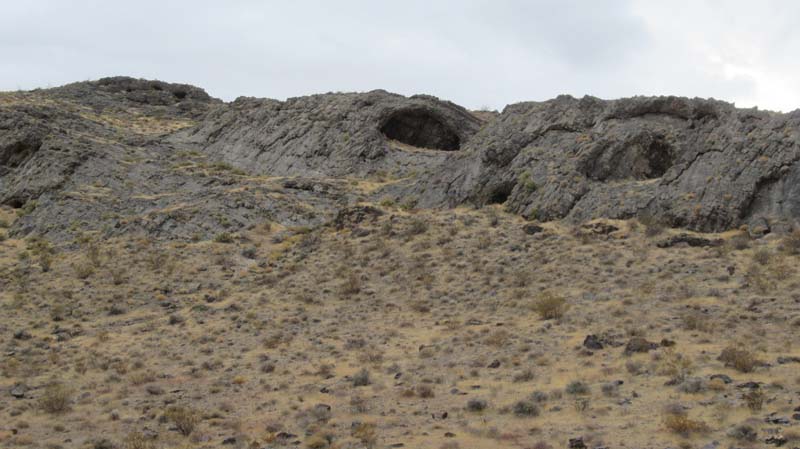 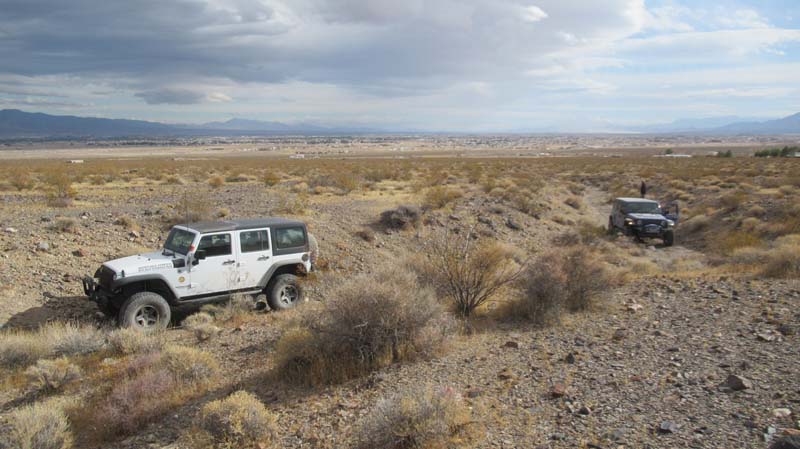 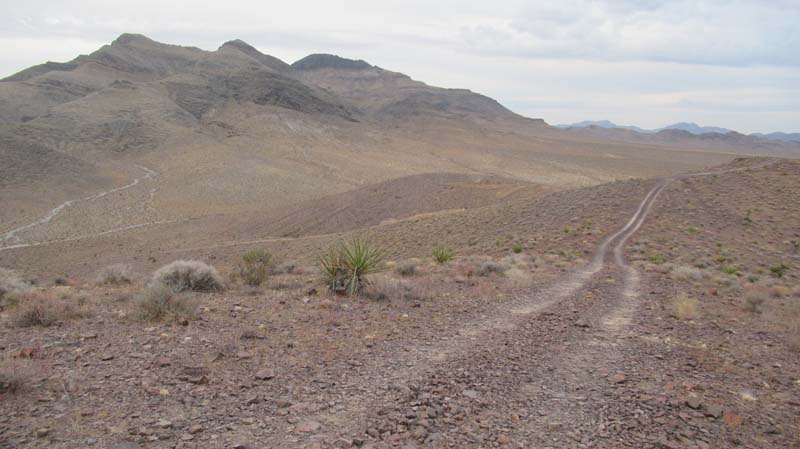 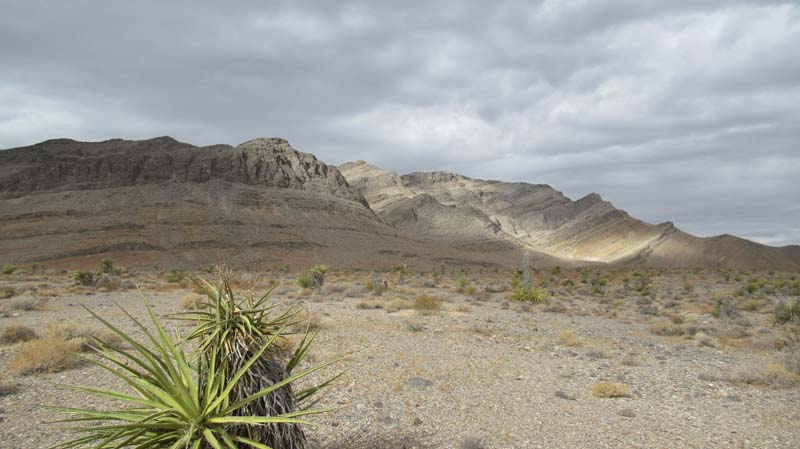 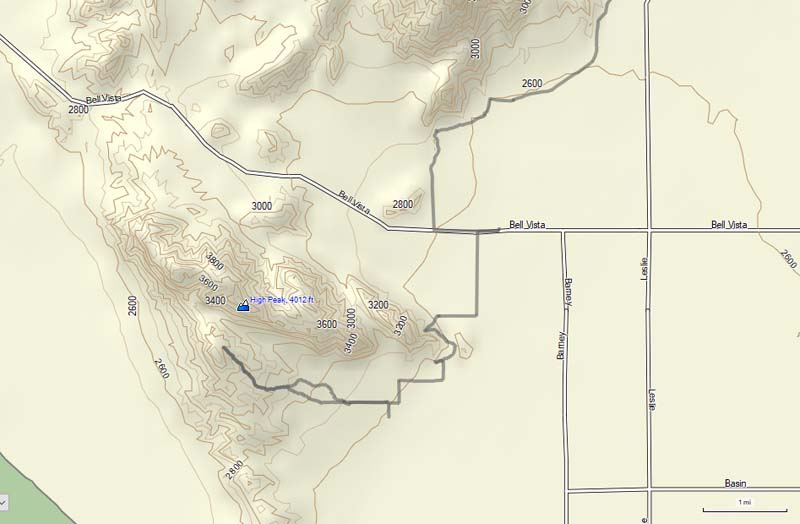 Moving methodically along, making sure we scouted every side trail we could find; our group negotiated our way around the North perimeter of the valley until we were about to leave the mountains and enter the dry lake valley West of Crystal. At that point, we turned and made our way South along the base of the mountains on the West side of the valley.

When we arrived at what would be the Southernmost point of this day’s Last Chance Range study, our foursome of Jeeps tried to make our way along the Southern perimeter of the valley to eventually arrive back to where we entered earlier. There are practically no trails leading into the several small canyons that interested us along this side, but we looked anyway.

Jim, along with Mike & Patti wanted their noon meal (it was almost 1:00) so they left the group, but there was still some time left in the day for exploring, so Jeremy, Brian and I found a couple more trails to probe before we were back in Pahrump Valley. On our way home, we checked out a wash West of the end of Irene that eventually became a narrow canyon and examined it to within less than a mile from Stewart Valley before the trail disintegrated to nothing more than piles of rocks.

All in all, it turned into a pretty nice day. We enjoyed a variety of scenery and trails of various skill levels while having a good time close to home.