The Ruby Mountain Rebels off road club is doing 5 trail runs this week and the Pahrump Valley 4 Wheelers have been invited to participate. On Saturday, there was a run over Harrison Pass and on Sunday they did a trail ride to Soldier Canyon. Vic & Janice from the PV4W are staying in Elko for the Summer and participated in those excursions. The remainder of our club arrived in Elko on Sunday and our first run was today, Monday. 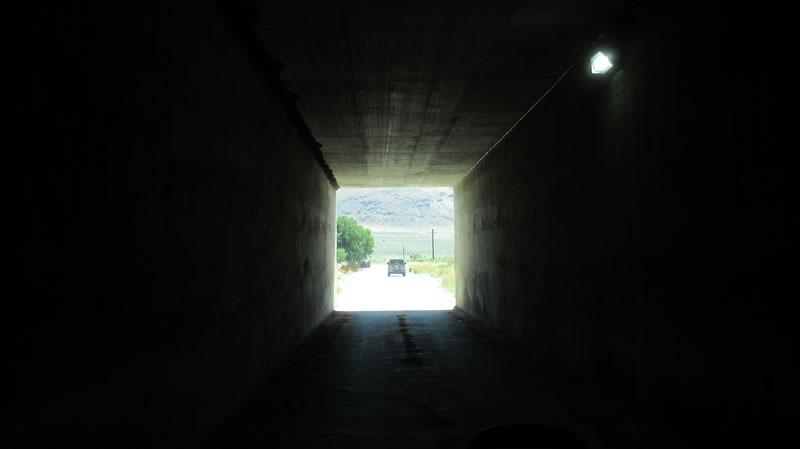 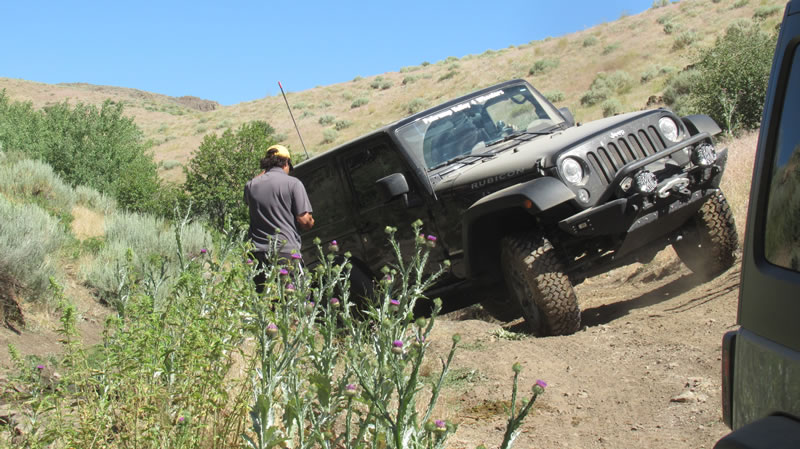 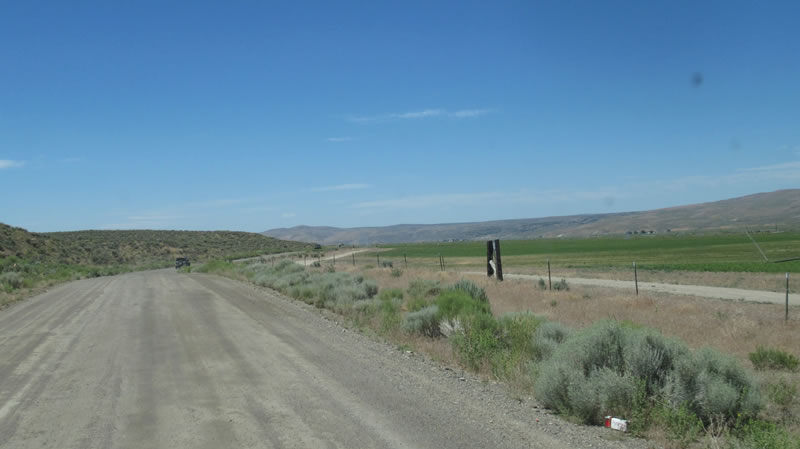 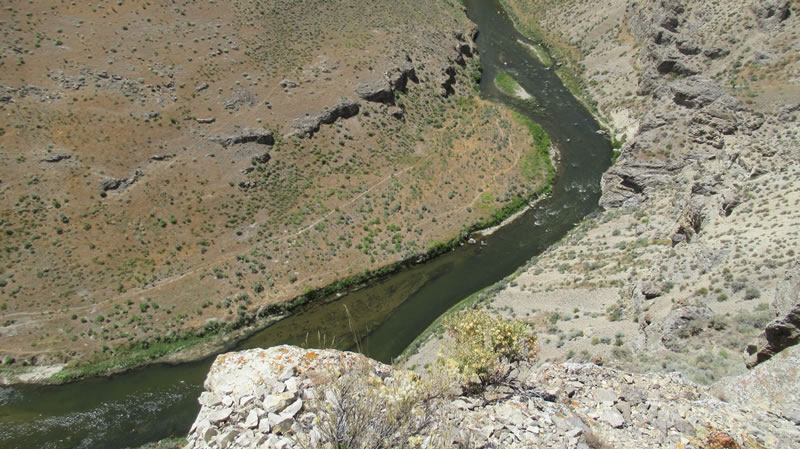 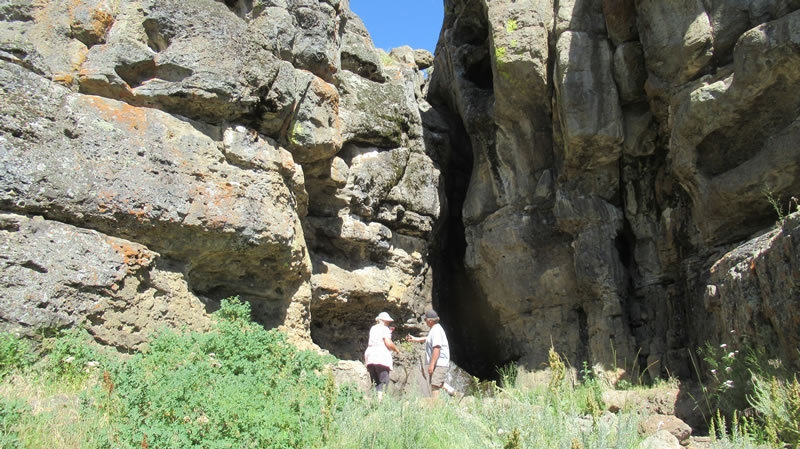 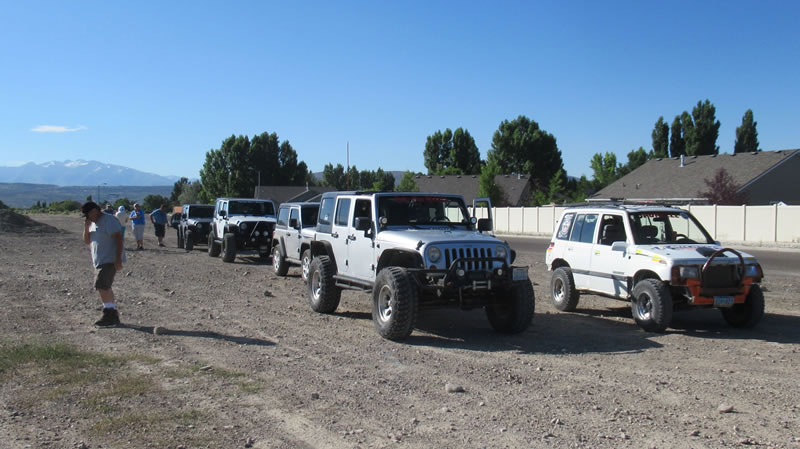 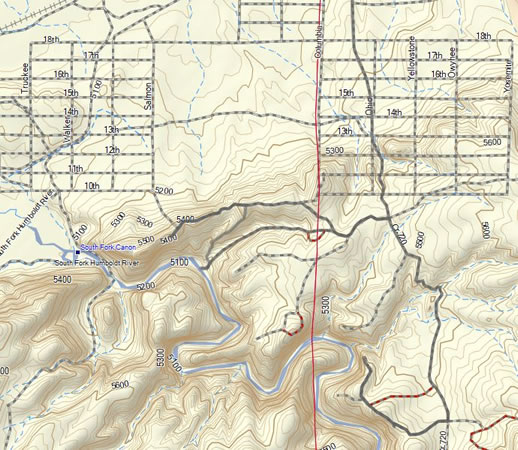 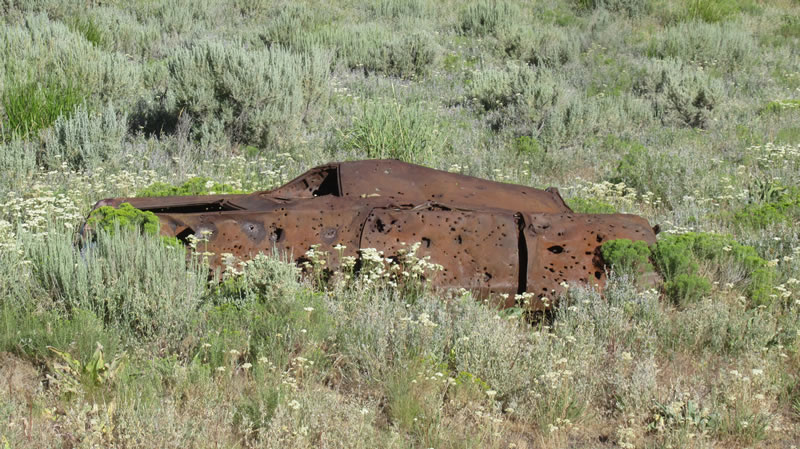 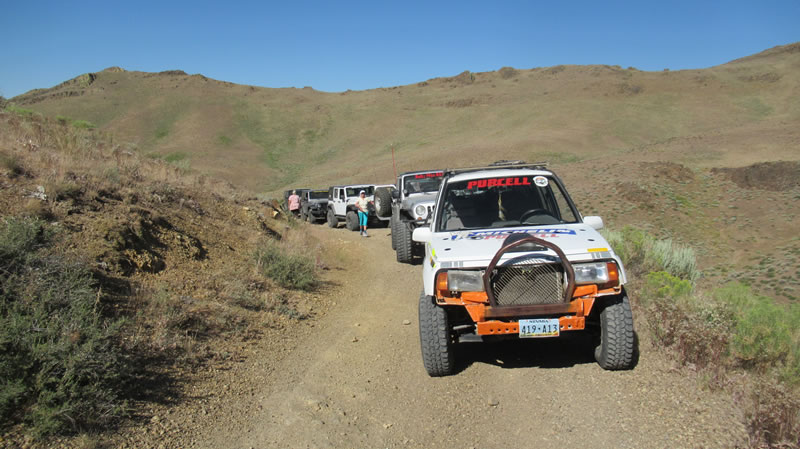 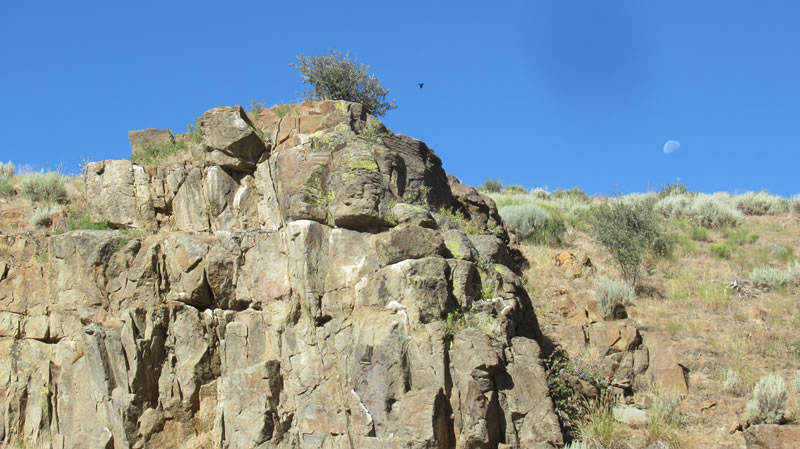 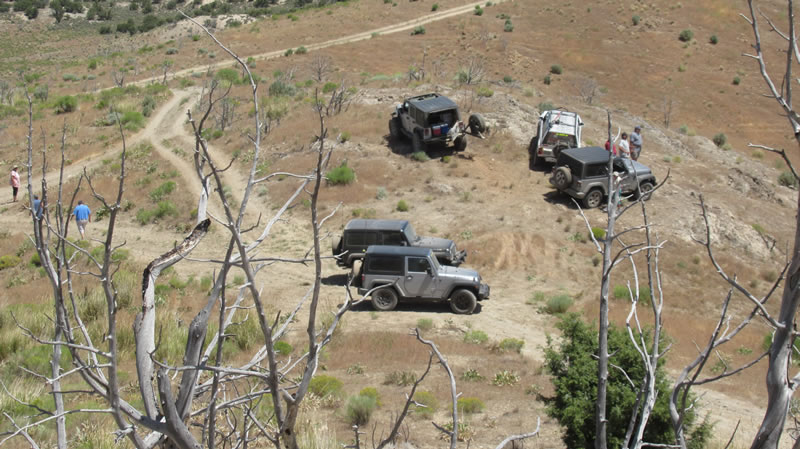 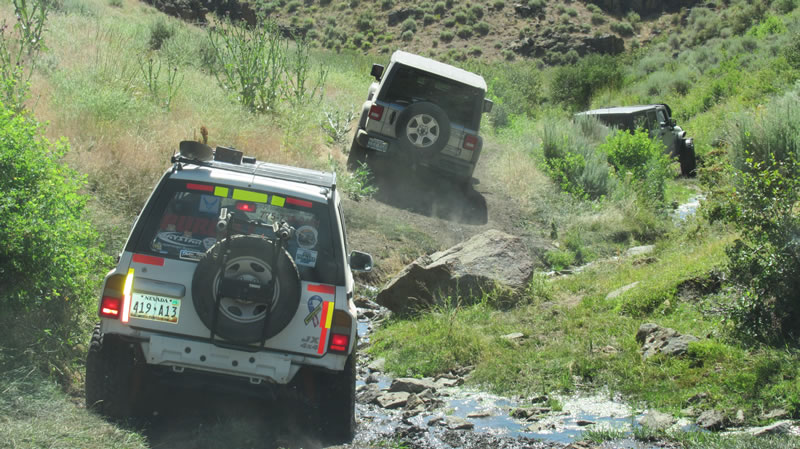 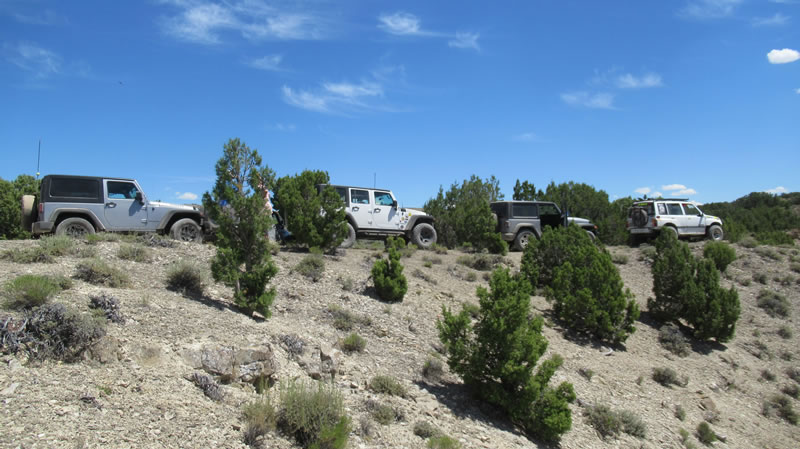 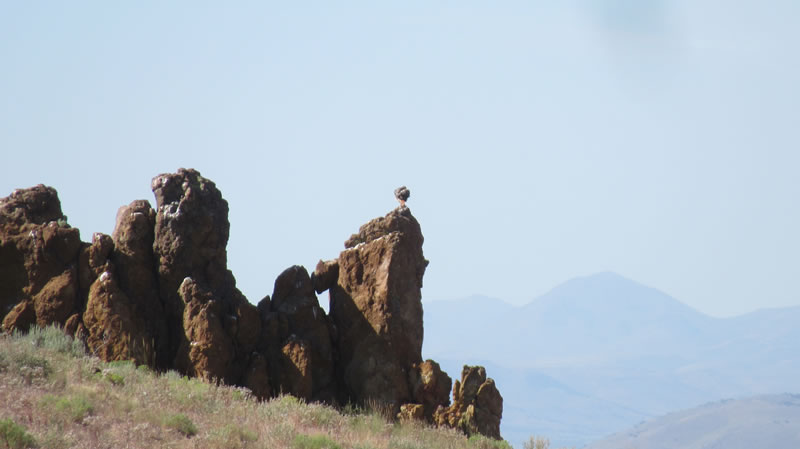 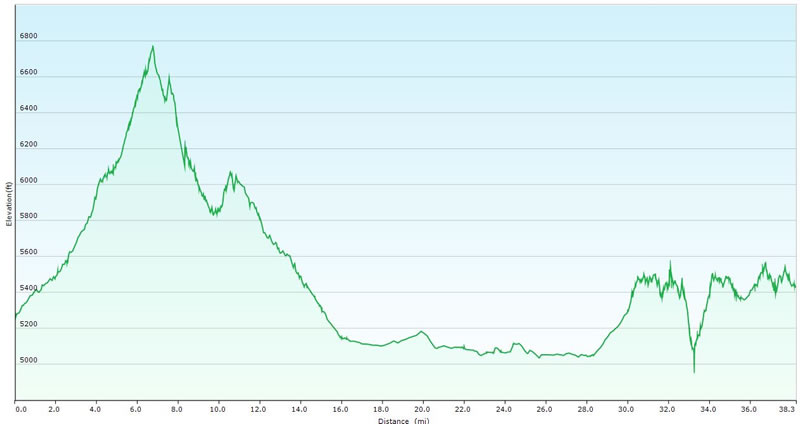 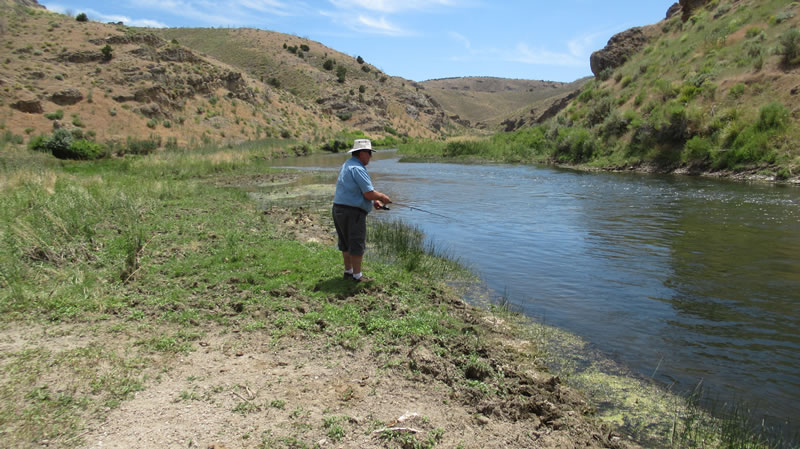 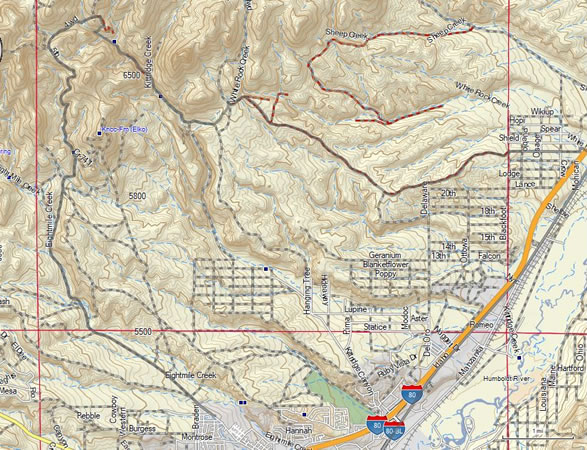 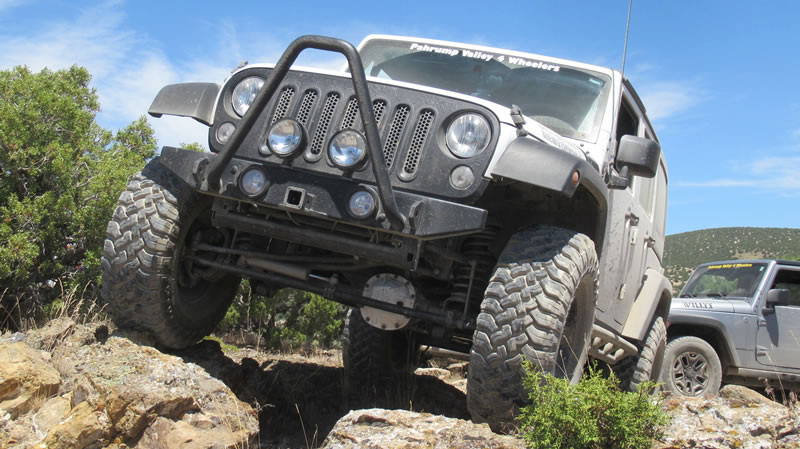 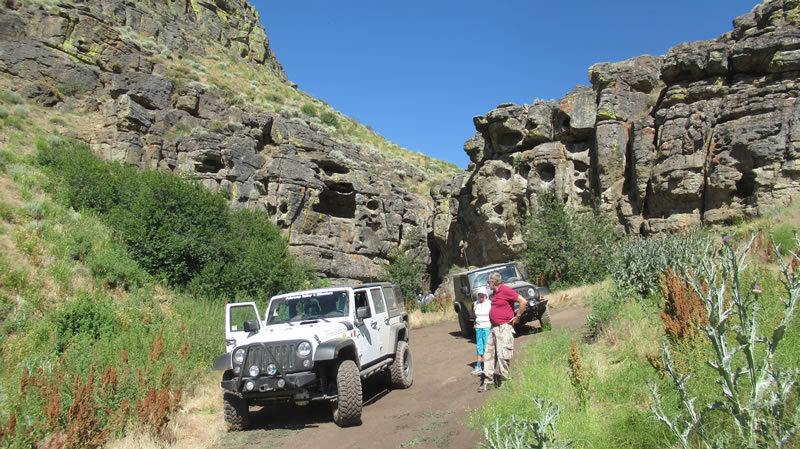 At the 8:00 AM Driver’s Meeting, there were 6 vehicles. Our leader for today’s run was Rubin, followed by Randy, Bill & Joann, me & Sandi, Sel & Pam and Rick & Mary served as our tail gunners. We drove from the Meeting spot through town, then Northeast on 5th Street and aired down where it becomes dirt. Traveling on County Road 741, we drove up Eight Mile Creek to Eight Mile Spring. After passing Cherry Spring, we took a break at a mostly dry waterfall above Kittridge Springs.

Continuing down Kittridge Canyon Road, our driving skills were tested at a very technical section of the trail. After everyone had passed that exam, our half dozen rigs followed a ridge Southwest of White Rock Creek into a small subdivision. Subsequently, we crossed under the 80 and took Old Highway 40 back into town.

After crossing the Humboldt River, the 10 of us headed Southwest on Bullion Road towards the South Fork of the Humboldt. We stopped at a panoramic overlook where the South Fork passes through a narrow gap between two massive rock formations. From there we took a trail that led us down to the river where we had lunch. Selway tried his hand at angling, but obviously the fish were much too frightened by his awesome piscatorial skills that they didn’t seem to be interested in fighting him today.

Our appetites satisfied, we drove to another magnificent viewpoint above a horseshoe bend before retracing our path and heading back to Elko. It was a little warmer and somewhat more humid than is normal for this time of year, but I think I can speak for the others when I say, we all had an enjoyable time anyway. Thank you Rubin and Randy for putting on a great trail ride.