Four of us met in the Smith’s parking lot at 7:00 AM, me, Jeremy, Brian and Ed. We would catch up to Jim at Eddie’s World in Beatty. After topping off our fuel tanks and turning in some rental coffee, we were back on the 95 North. About 5 miles past Scotty’s Junction, we turned West on Cat Trail and stopped to air down. Traveling West through Hell’s Gate, we paused at the microwave towers for the panoramic view and to take a breather. 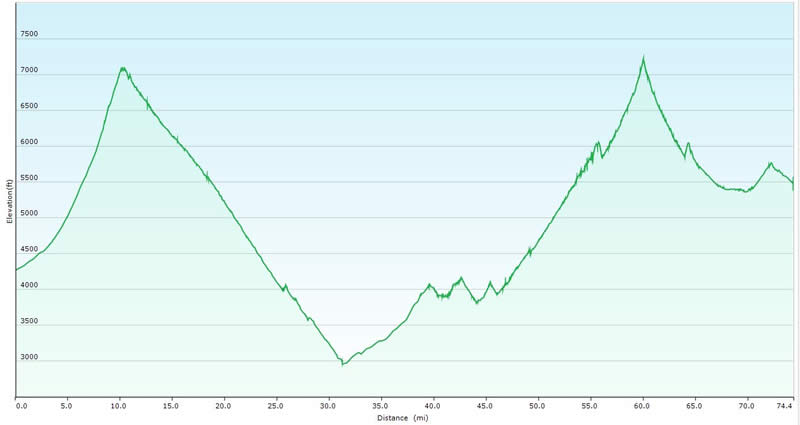 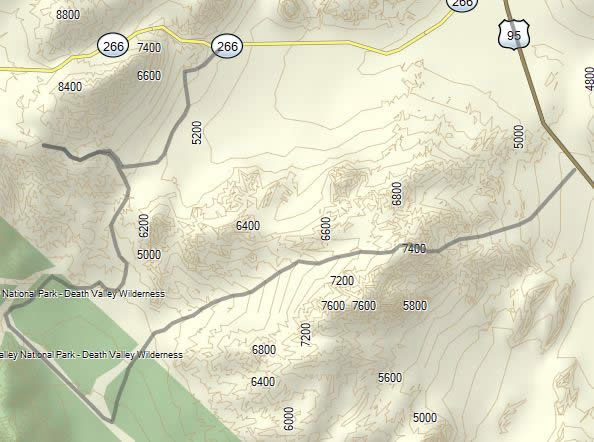 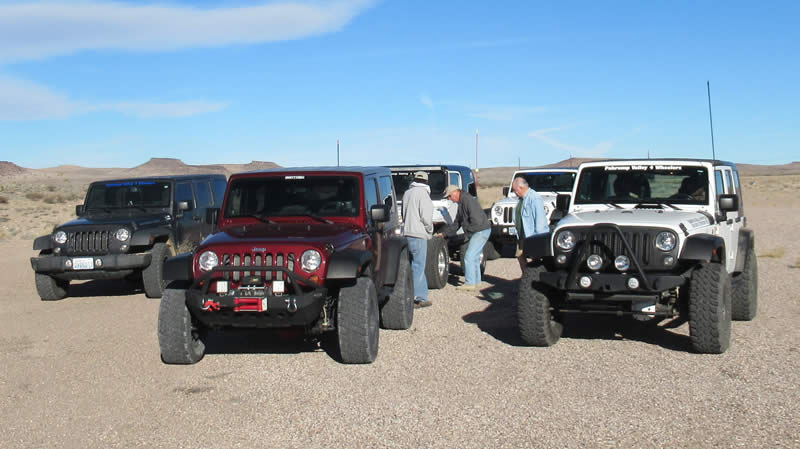 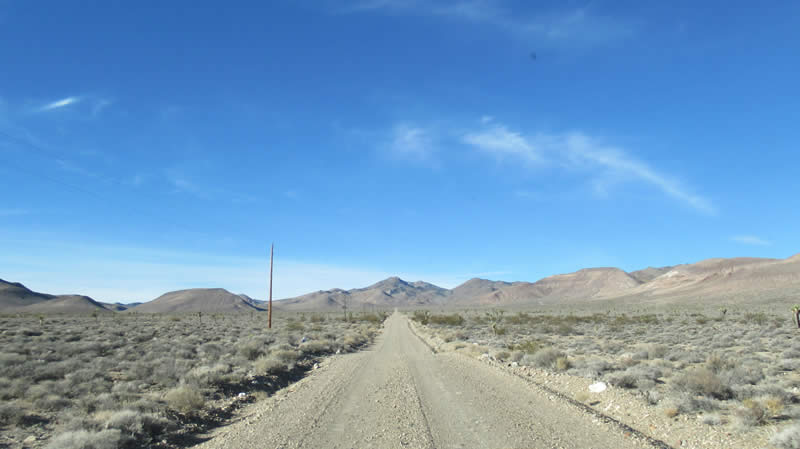 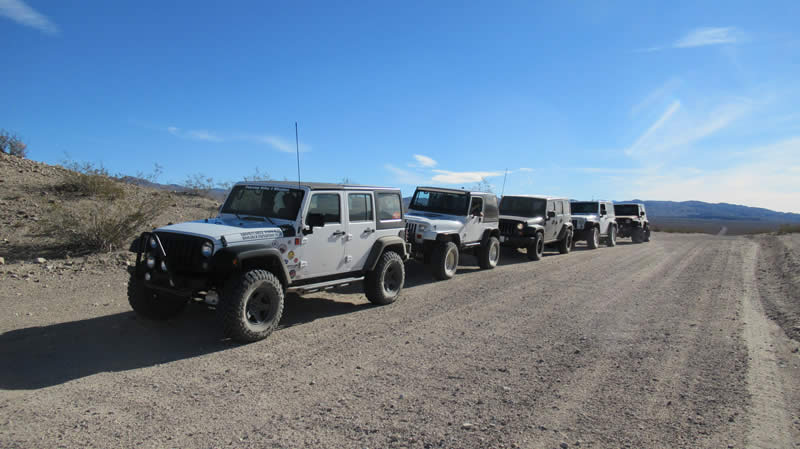 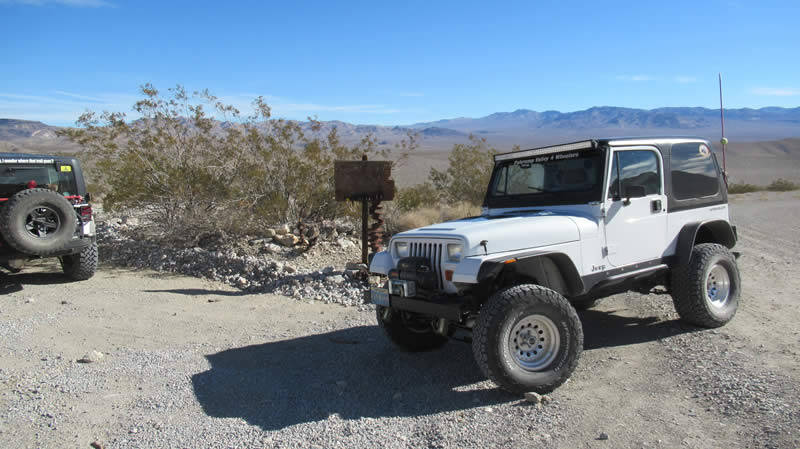 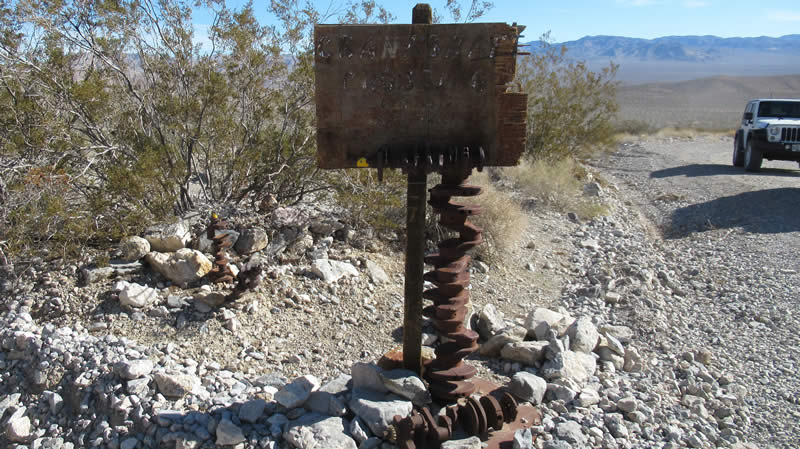 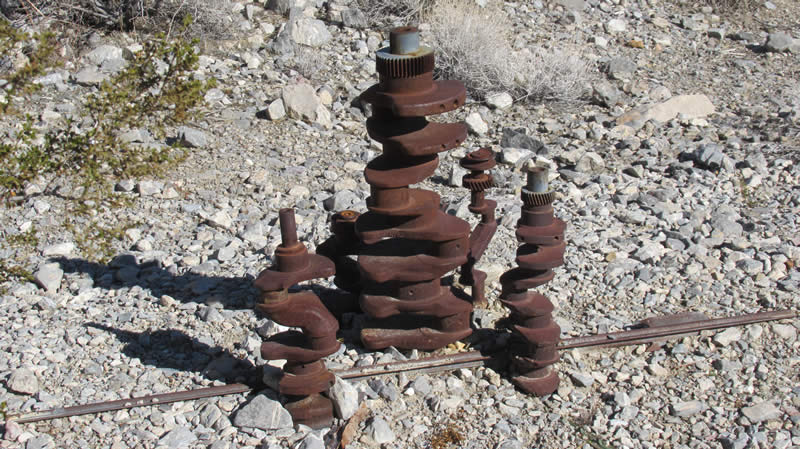 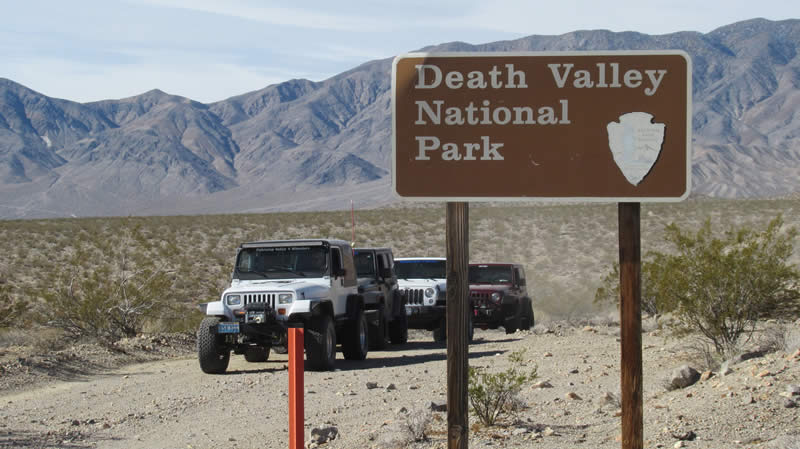 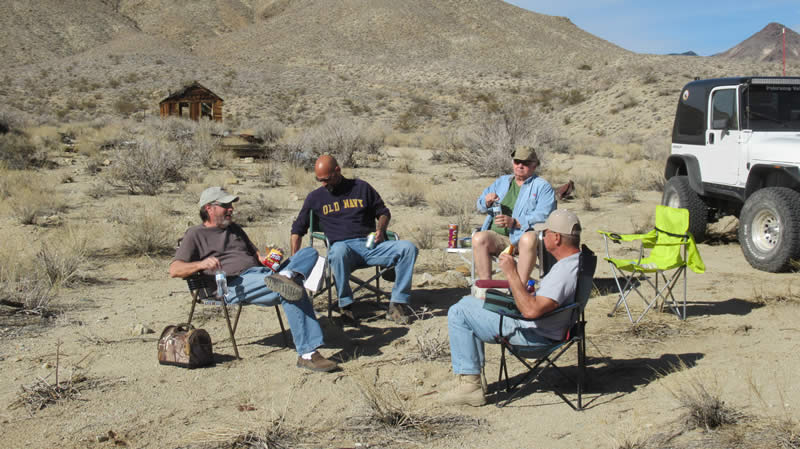 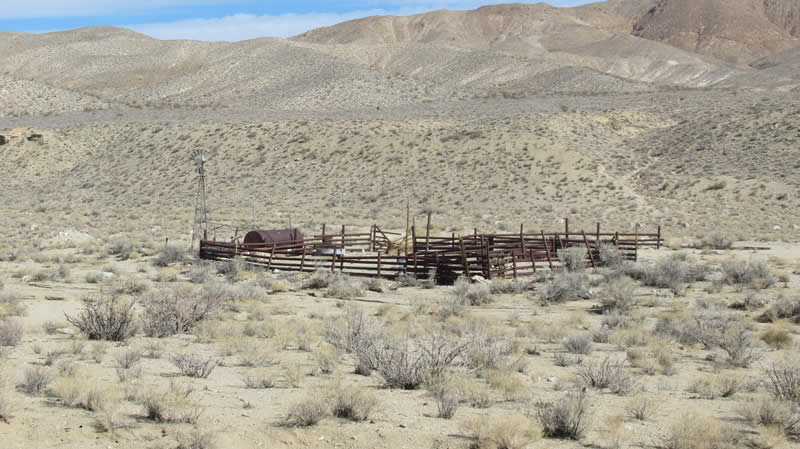 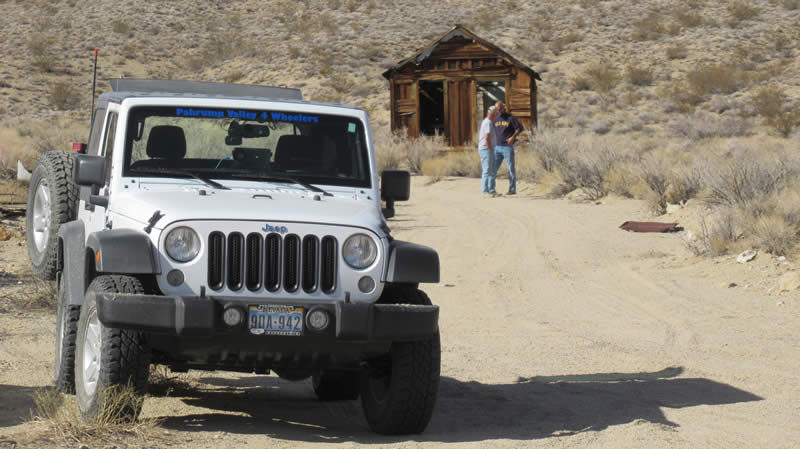 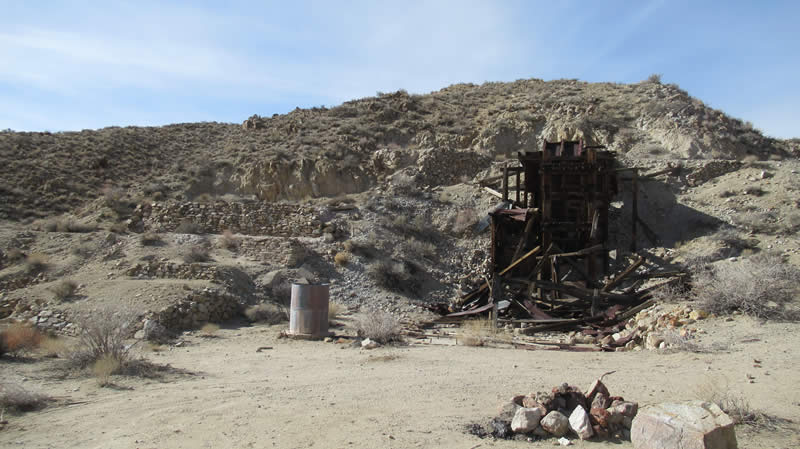 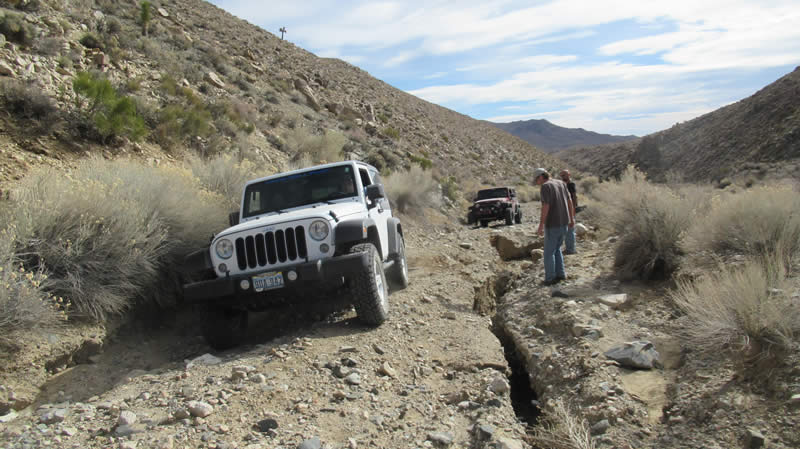 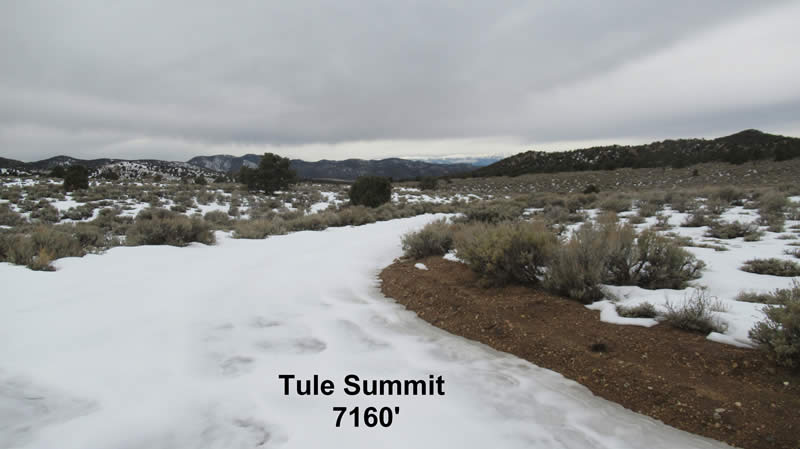 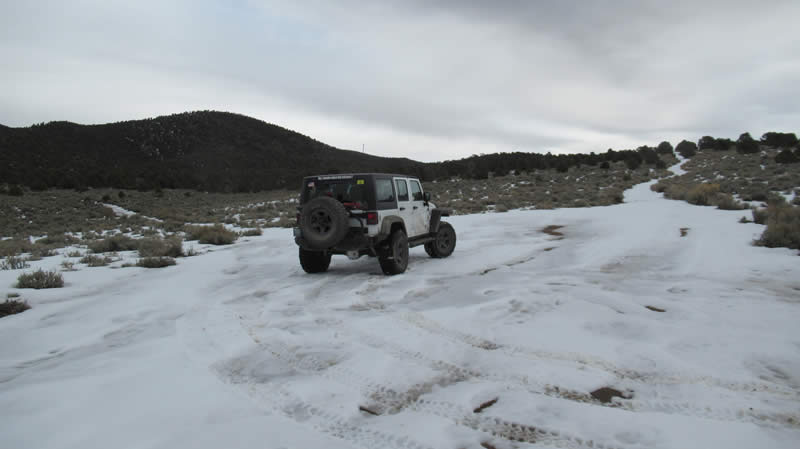 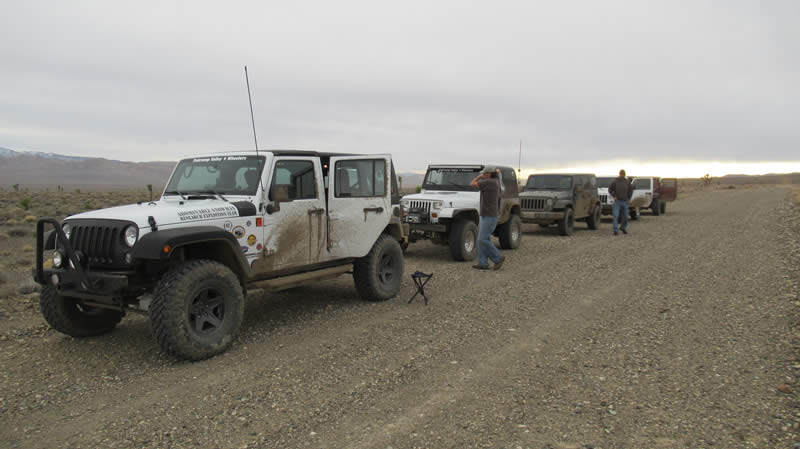 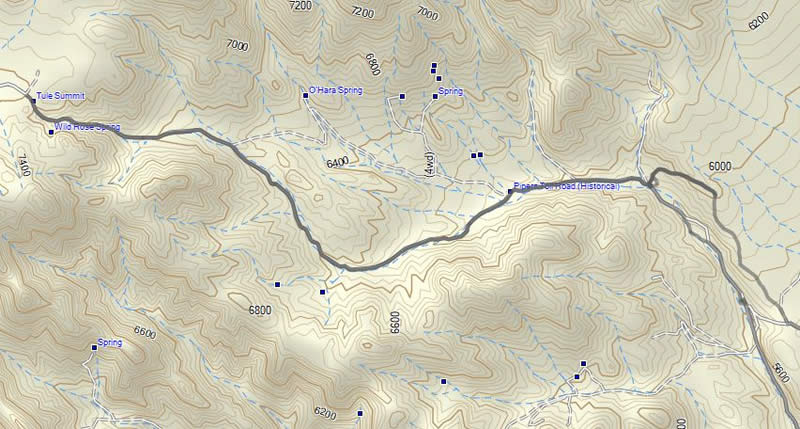 Just West of Tokop, we entered the Oriental Wash and continued on, all the way to Big Pine-Death Valley Road where we took another break. Now traveling North, we reached Crankshaft Junction and stopped for some photos. Taking the East Fork, we passed Last Chance Canyon and connected to Tule Canyon where we began traveling North and soon stopped for lunch at Roosevelt Well.

As we reached the intersection of the road that would take us to Lida and the road to Tule Summit, Mother Nature had added some interesting features to the trail and made it so that we had to be very careful not to end up in a ditch. Soon the bottom of Tule Canyon became impassable, but some reconnaissance uncovered a new road higher on the hill that was not yet on the map and would take us to the Summit.

Despite the fact the the road itself was in pretty good condition, there was just too much snow on the North side of the descent to Palmetto to continue on, besides that, it was getting late and some of us needed to get back home. We returned to O’Hare Spring and took the trail Northeast towards beautiful downtown Lida. As we approached Highway 266, the group stopped to air back up for the 2 hour drive on the highway.

I think everyone agreed that we had a good time and that most of the trails we drove could make a good club run in better weather.