On our final day of the Ruby Mountain Rebels series of trail runs, we were down to 6 rigs. Randy, Marlene & Amber took the point, followed by me & Sandi, Vic & Janice, Sel & Pam, Rubin was back and Rick & Mary rode drag. After leaving our gathering location, we went through downtown Elko to the Errecart Blvd. bridge in order to cross the Humboldt River, then headed Southwest on Bullion Road. 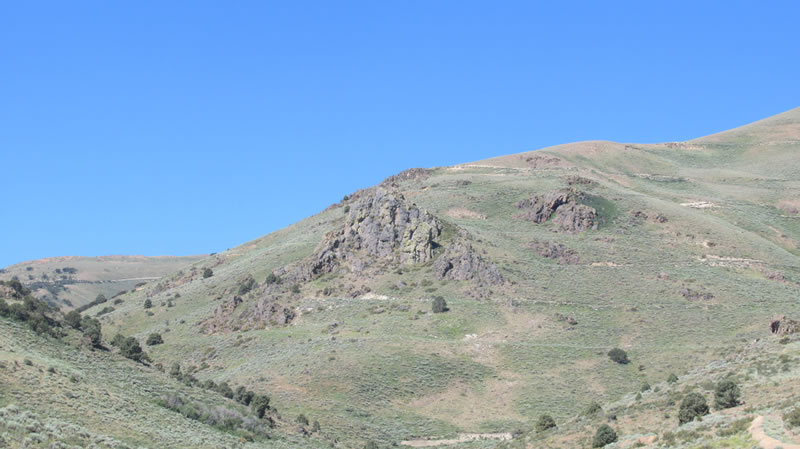 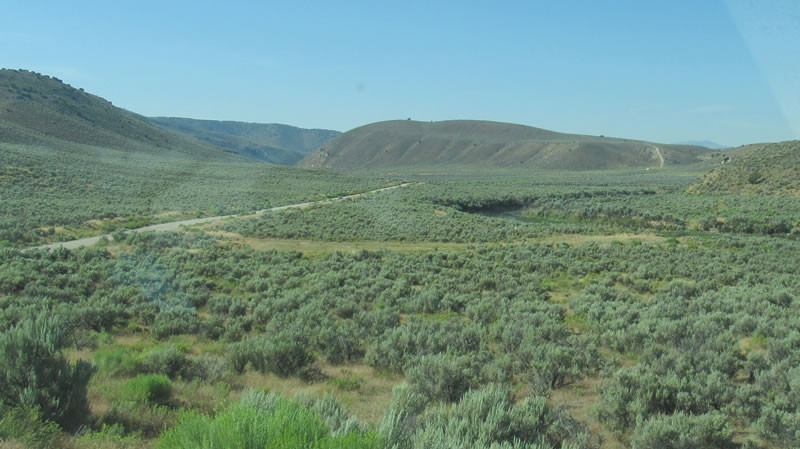 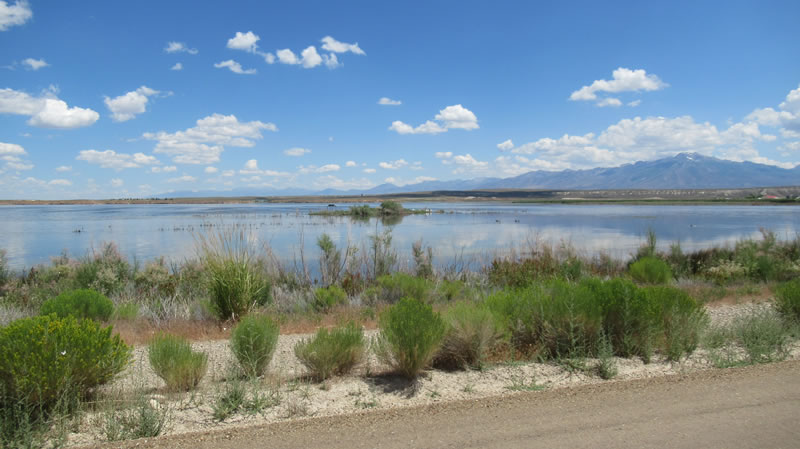 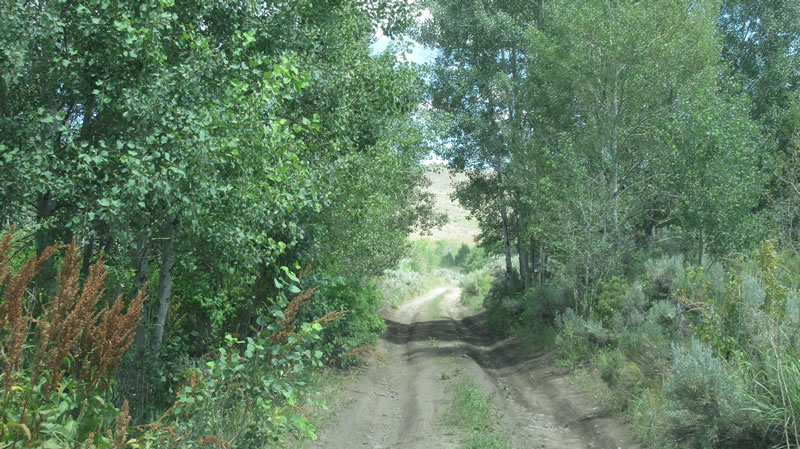 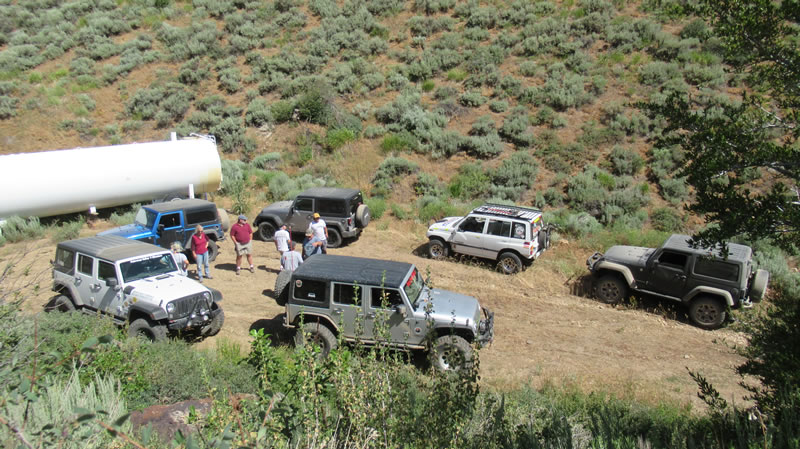 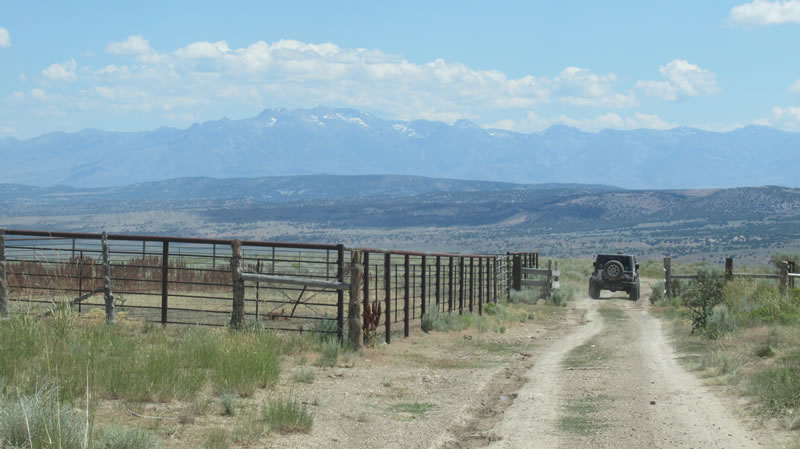 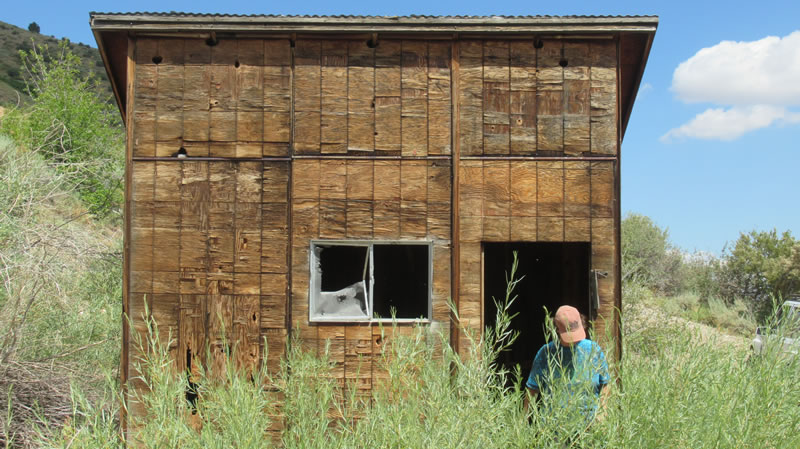 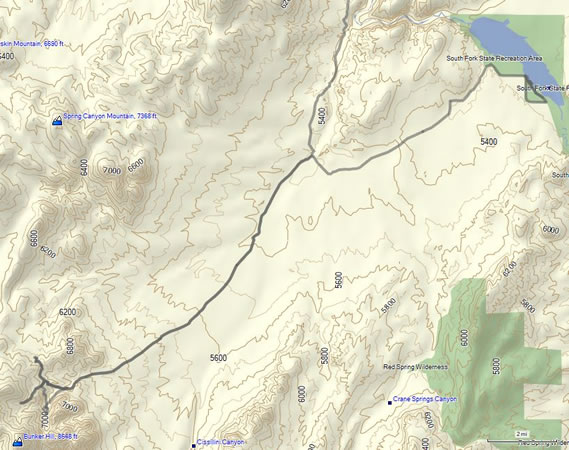 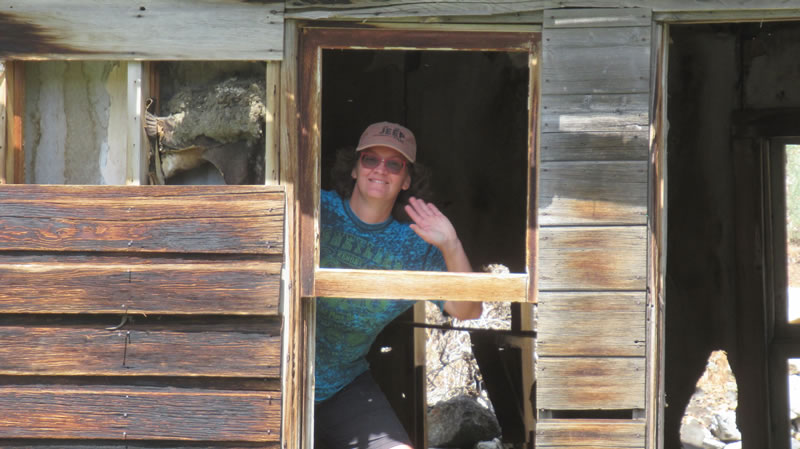 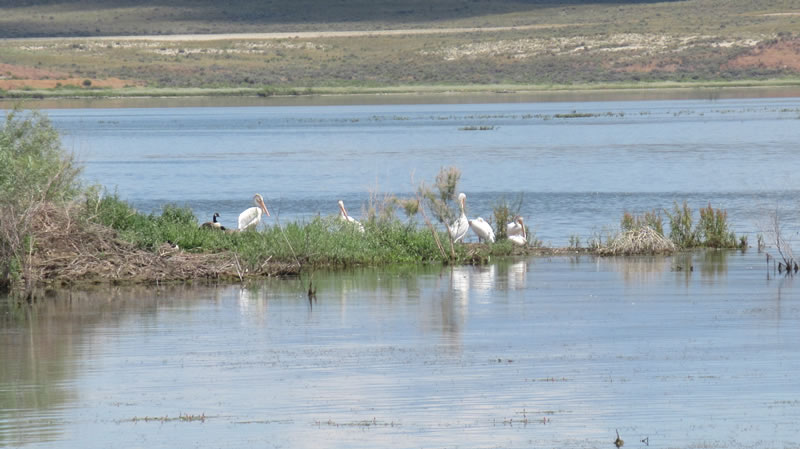 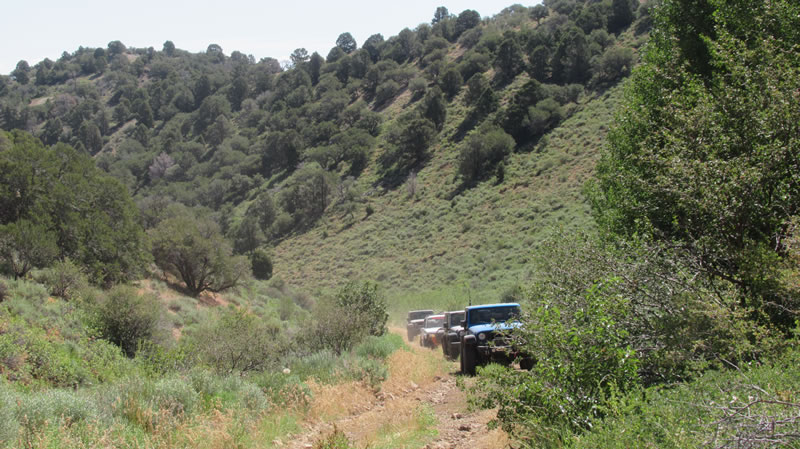 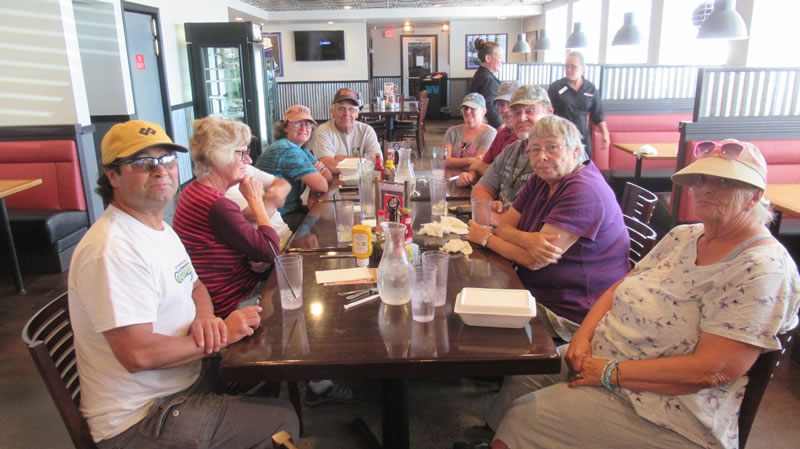 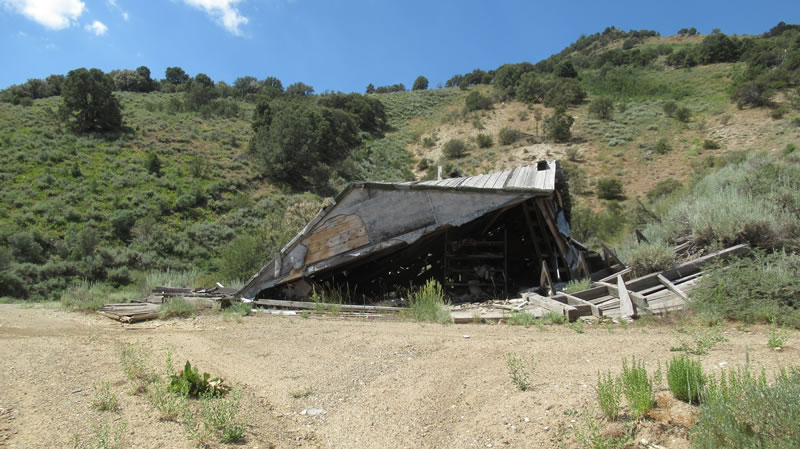 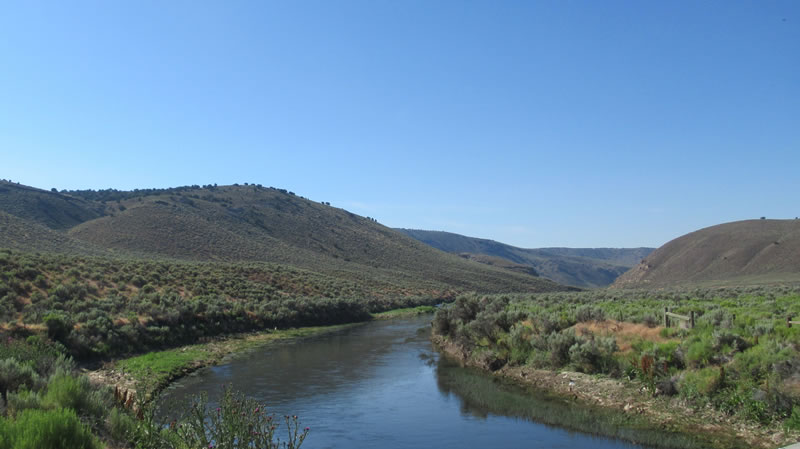 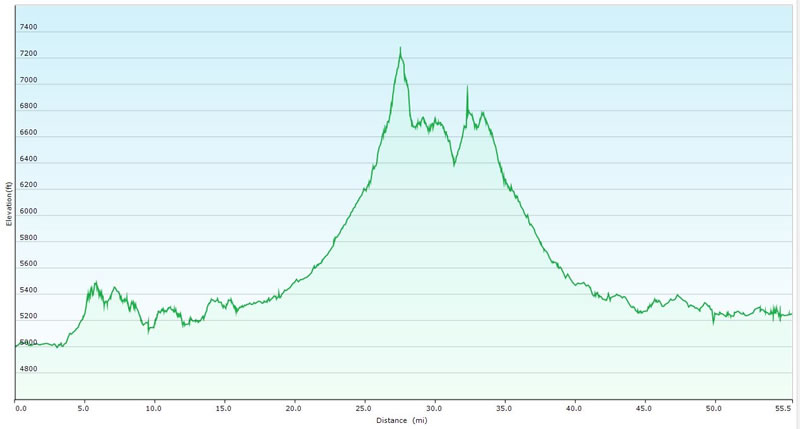 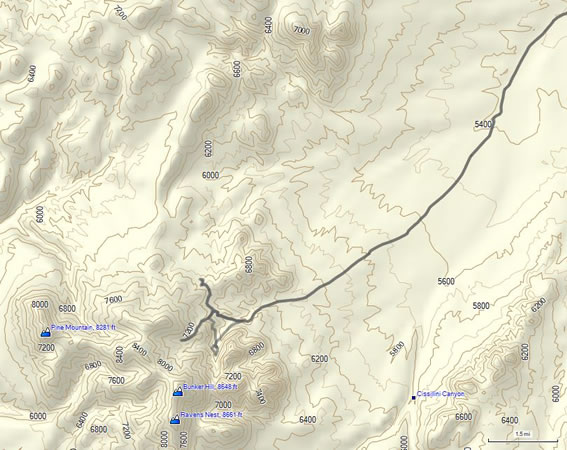 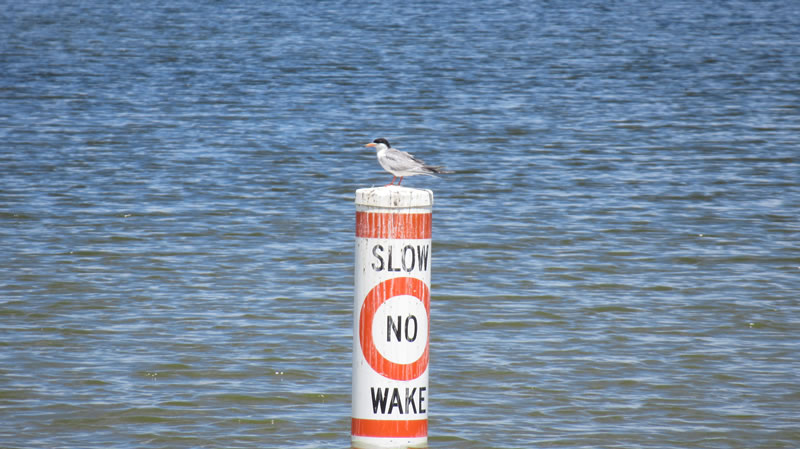 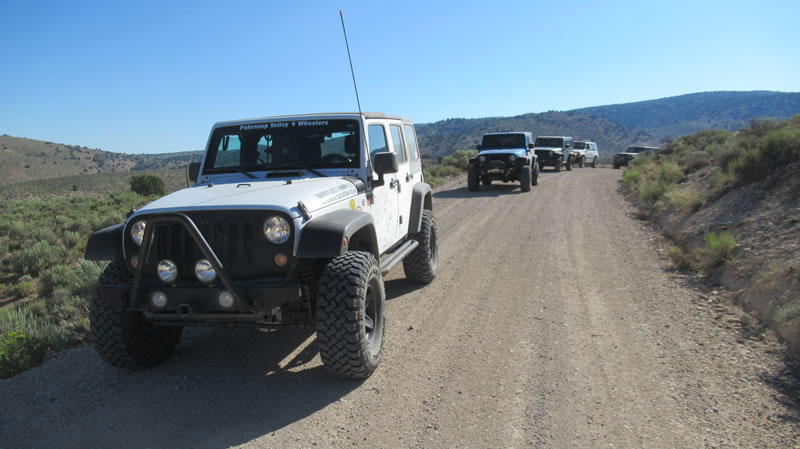 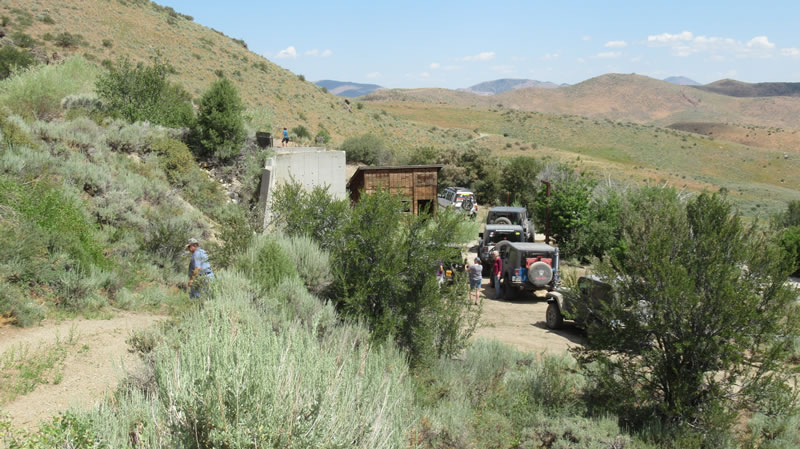 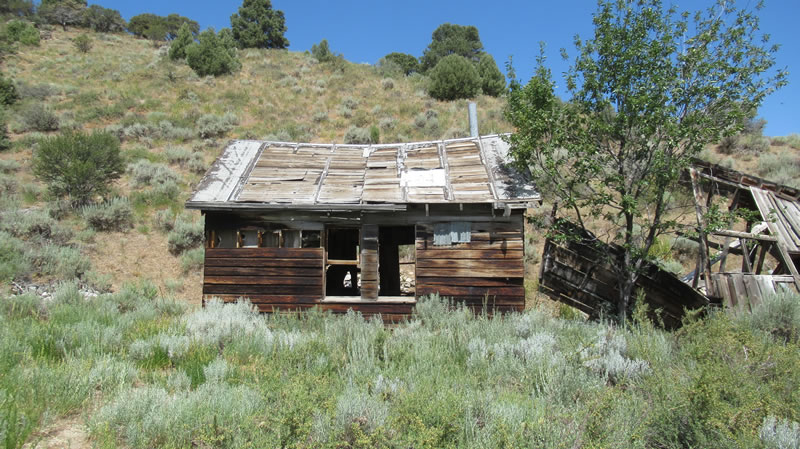 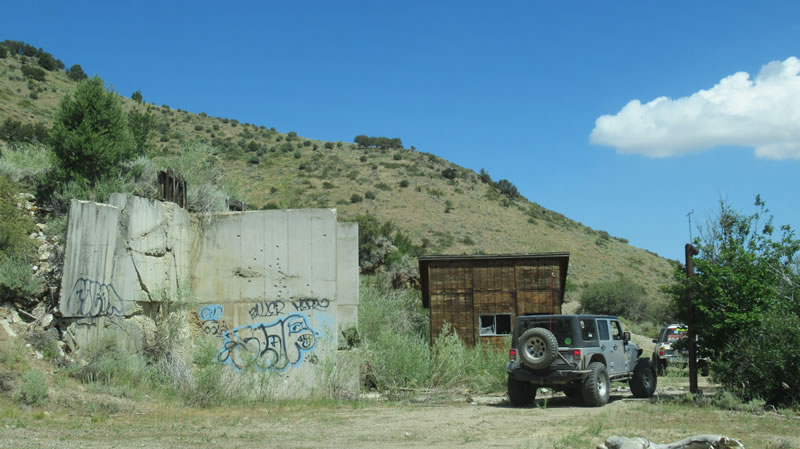 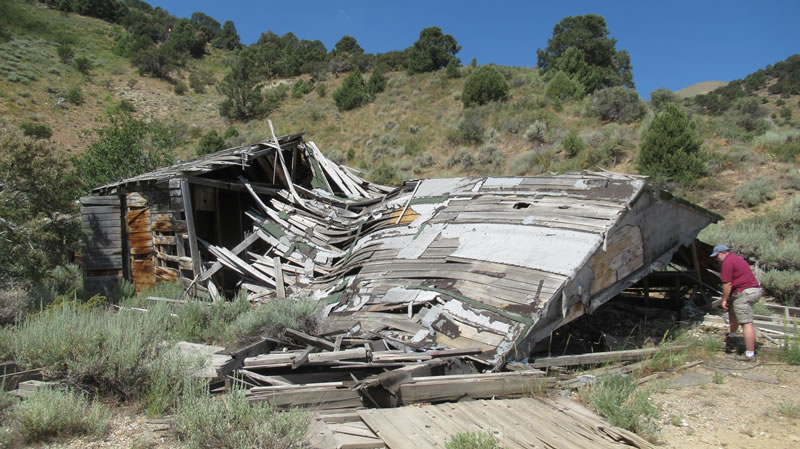 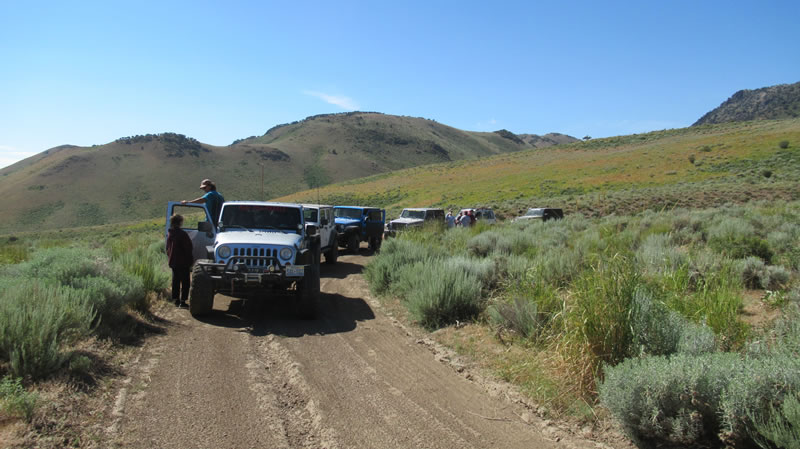 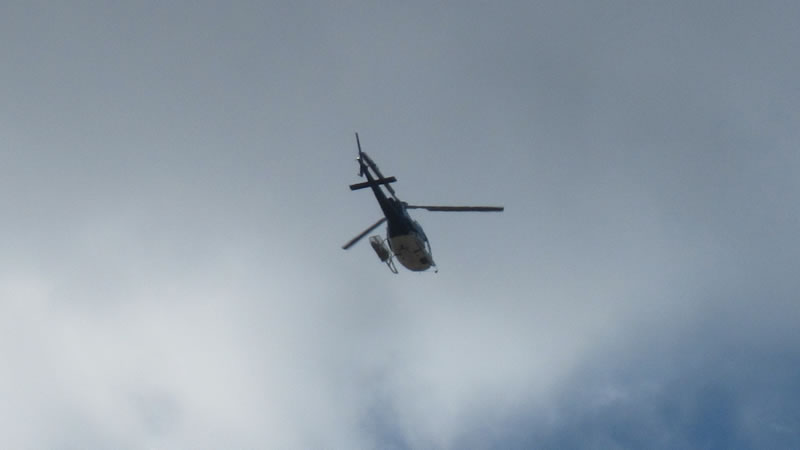 Our sextet stayed on Bullion for quite a few miles, covering some of the ground we traveled on Monday before reaching the South Fork of the Humboldt. We took a break on a bridge over the river and watched the House Martins catching insects and tending to their mud houses beneath us. Moving on, the 12 of us continued in a Southerly direction until the South Fork went off in a more Easterly direction and we then followed Dixie Creek for a while on CR-720.

As we approached the mine, Randy gave us a tour of the trails in the vicinity before we reached our goal. There is a lot of old structures as well as a number of abandoned core and soil samples from test sites. When we had completed our exploration, our group of adventurers took a different route that led us to the reservoir at the South Fork Recreation area. From there, we took the 715 to the 228 that brought us to the Scoreboard Sports Bar & Restaurant for lunch.

The Pahrump Valley 4 Wheelers owe a debt of gratitude to the Ruby Mountain Rebels for allowing us to participate in their trail runs and for being such gracious hosts. We hope to show RMR a good time on the trails in our area in the near future.