Several of us wanted to get out of the house to take a break from the news about the COVID-19 virus and the violent race riots protests. Originally we weren’t going to leave Pahrump until 6 AM, but since Jeremy, Vic and I were all coffeed up and ready to go at 5:30, we headed out. 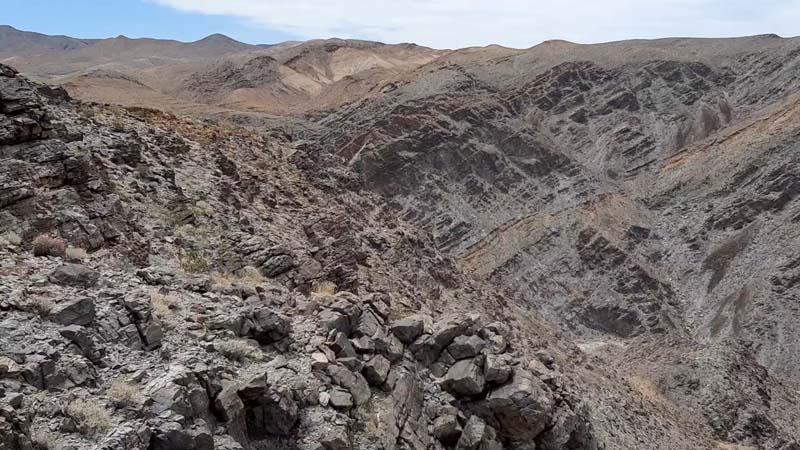 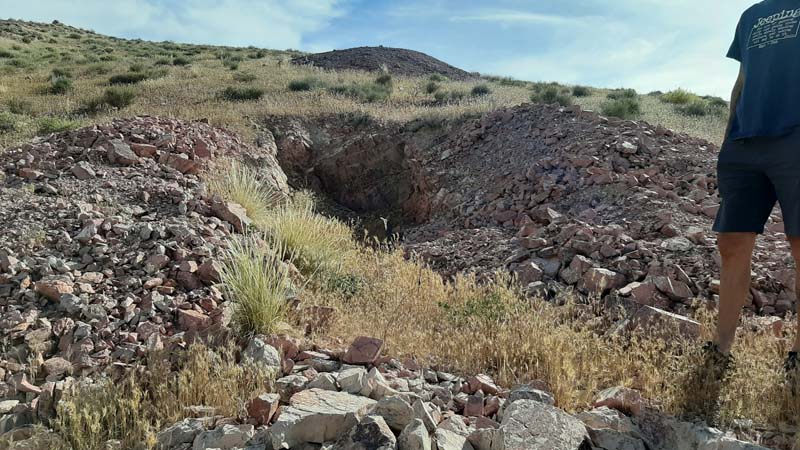 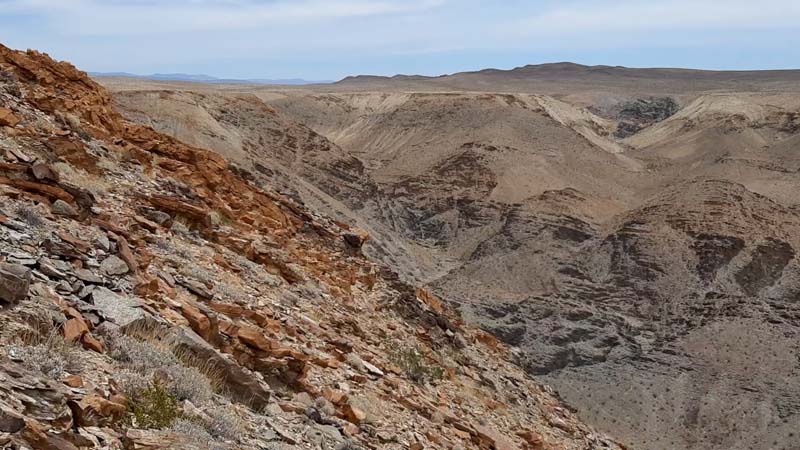 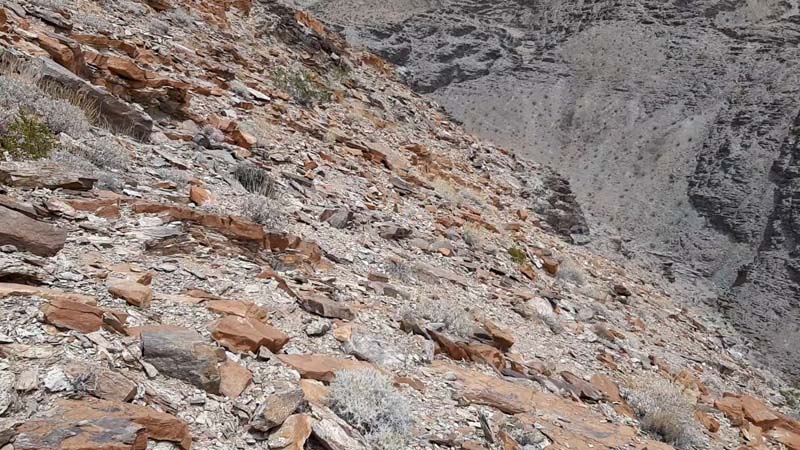 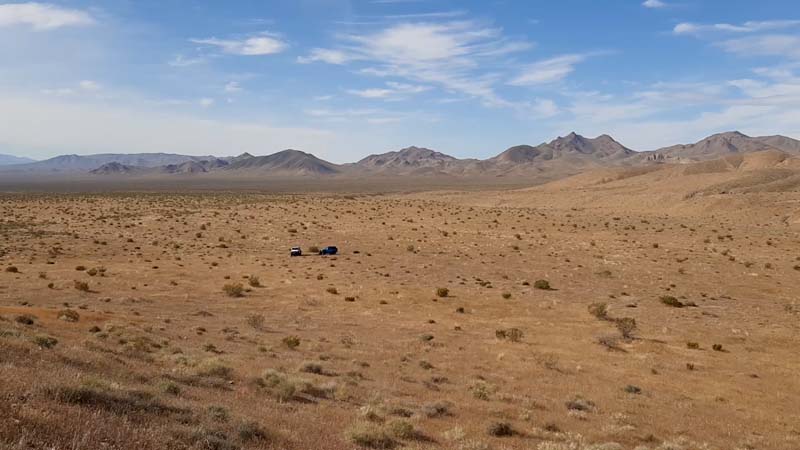 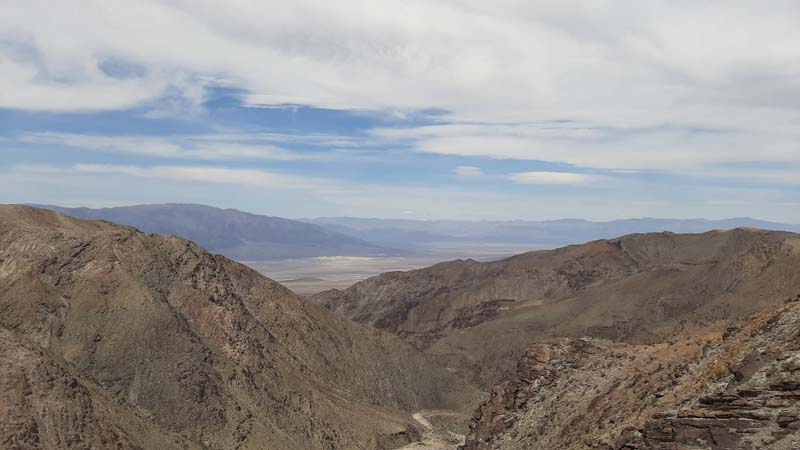 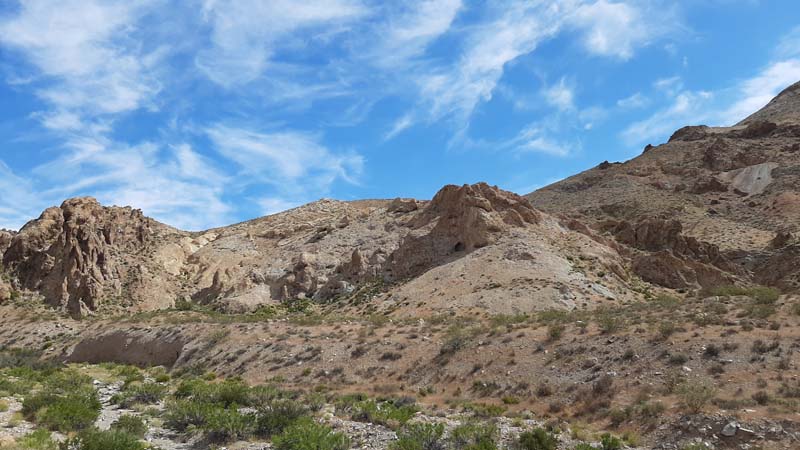 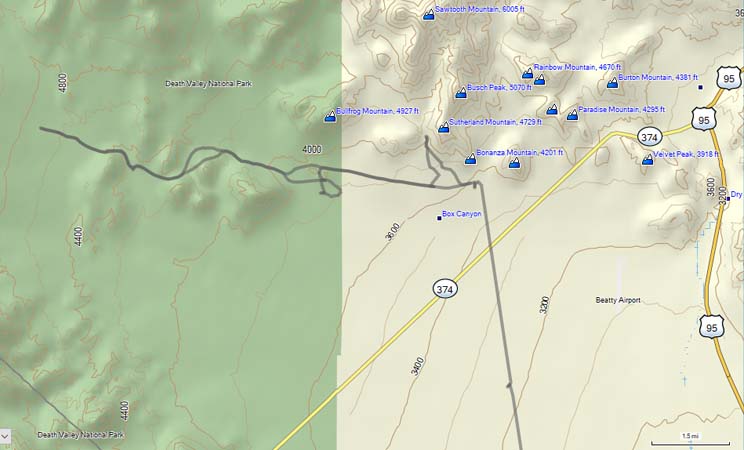 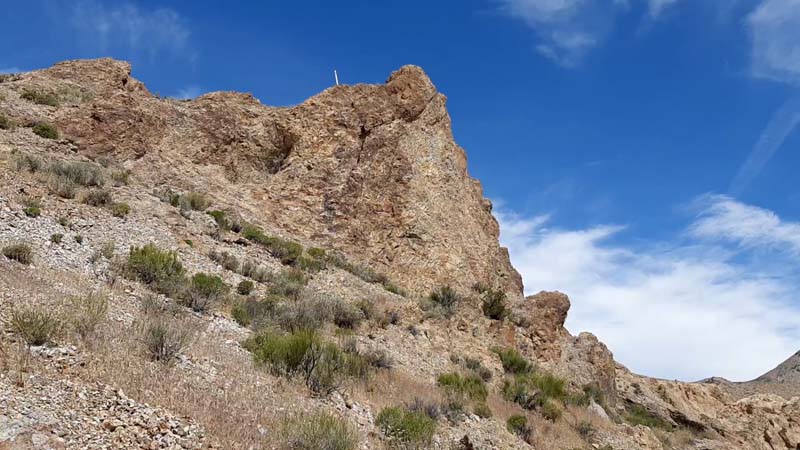 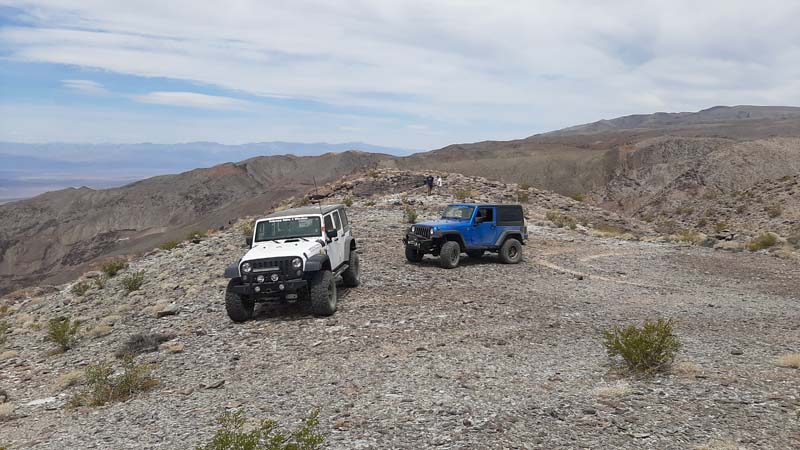 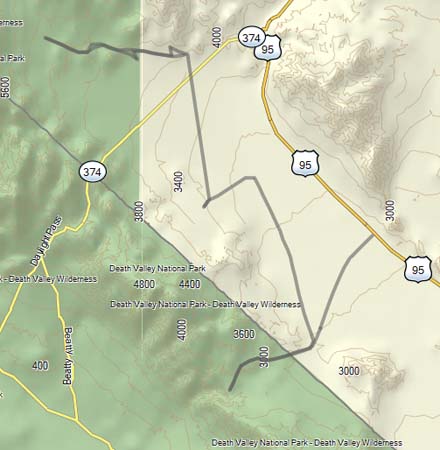 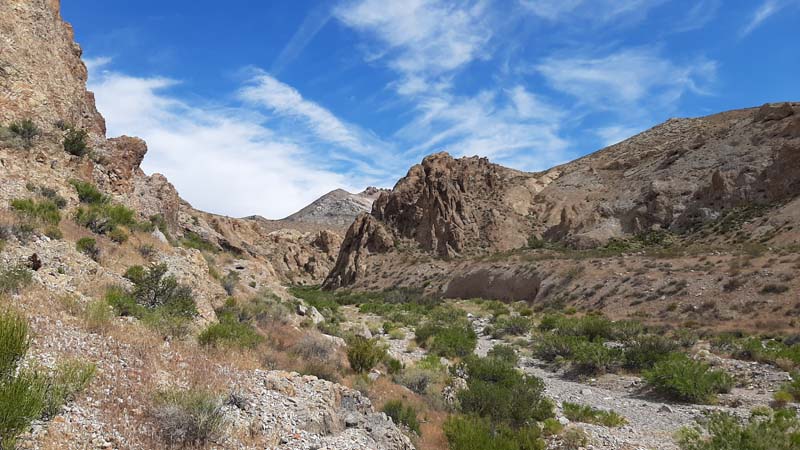 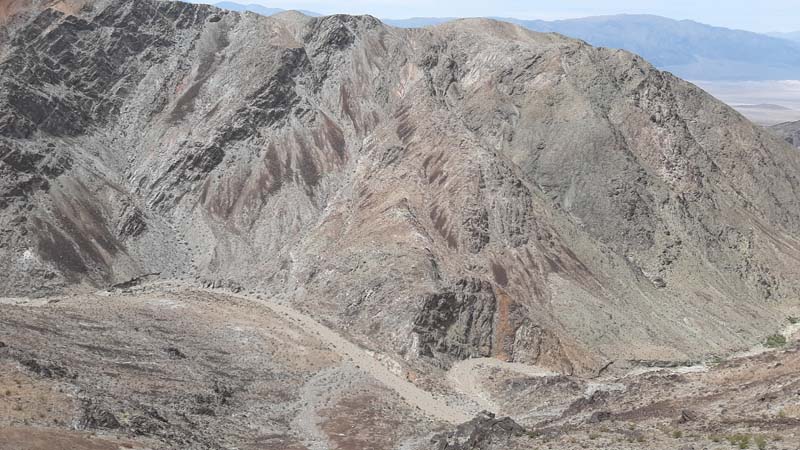 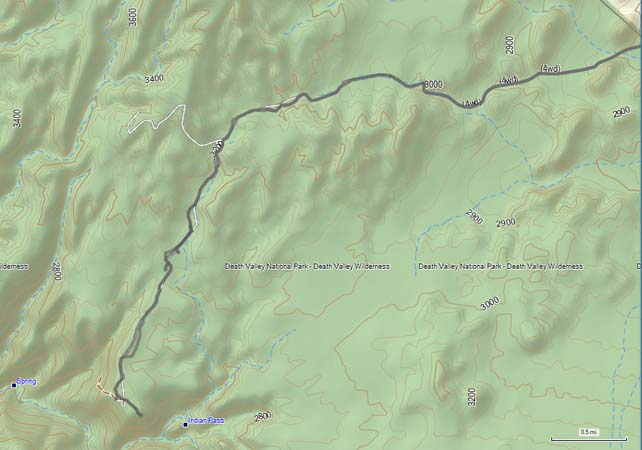 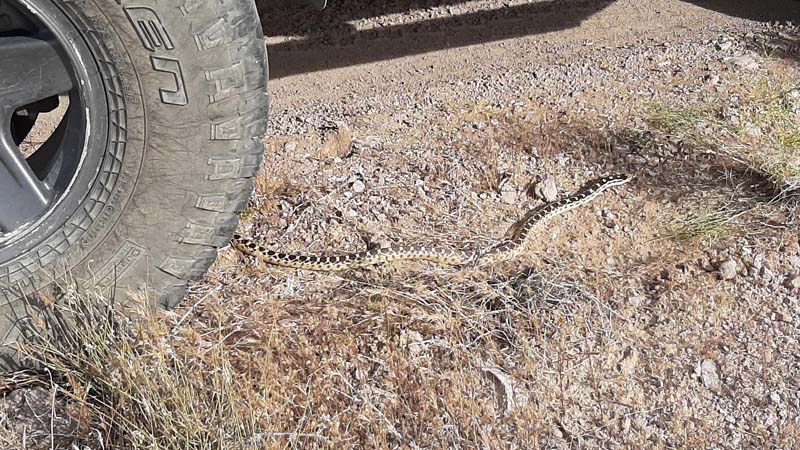 Our first stop was the Candy Store in Beatty to stock up and to top off our tanks. Then, we headed West to the Goldwell Open Air Museum to air down. On a previous trip to the area, Jeremy and I both saw what we thought was a large concrete structure near McDonald Spring and we wanted to investigate the sighting. It turns out what we imagined to be a man made edifice must have been the way the morning light illuminated some rocks through the mist that gave us the mental image, because we have never seen the structure since.

After poking around some previously unexplored trails in the Bullfrog Mining District and taking a trip up to the bottom of Sullivan Spring Canyon, we crossed the highway and headed towards Indian Pass. By the time we came down from the pass, it was past noon and the temperature was climbing, so we drove East towards Marble Mountain to air up and make tracks for home. We arrived back in Pahrump at about 1:30.